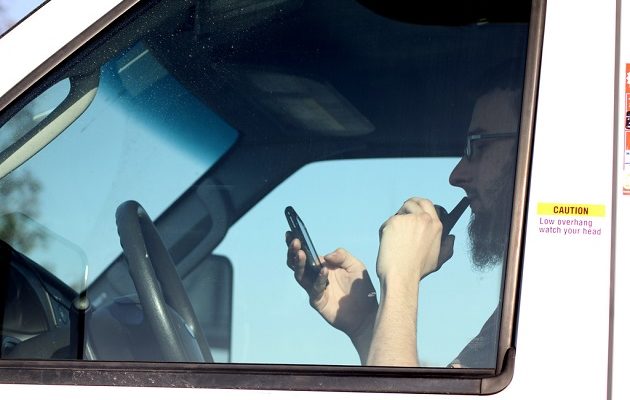 NEW YORK – Governor Andrew M. Cuomo today announced that efforts by state and local law enforcement have resulted in an 840 percent increase in tickets for texting while driving in New York State since 2011. While the number of cell phone tickets have decreased each year since 2011, texting tickets issued during the same period have increased substantially with the proliferation of smartphones.

The announcement was made in conjunction with Distracted Driving Awareness Month and Operation Hang Up, a high-visibility distracted driving crackdown coordinated by the Governor’s Traffic Safety Committee and carried out by the New York State Police and local law enforcement, which runs from April 8 to April 13.

“There is zero tolerance for distracted driving and State Police will be out in force to crack down on this dangerous behavior,” Governor Cuomo said. “By keeping your eyes on the road and hands on the wheel, we can help prevent needless tragedies and make this a safer New York.”

Governor Cuomo has made combating texting-while-driving a high priority. In 2011, he directed DMV to implement regulations increasing the number of points for a texting-while-driving infraction from two points to three points, and from three points to five points in 2015. The Governor also signed a law substantially increasing penalties for probationary and junior drivers convicted of texting-while-driving. Under the law, probationary and junior drivers could face a 120 day suspension for a first offense, and can lose their license for one year if a second offense is committed within six months. Motorists caught texting and driving face up to a $450 fine and five points on their license.

Preliminary numbers for 2015 already show that the number of tickets issued by State Police and local law enforcement for texting are up over 2014, and have dramatically increased each year since 2011. 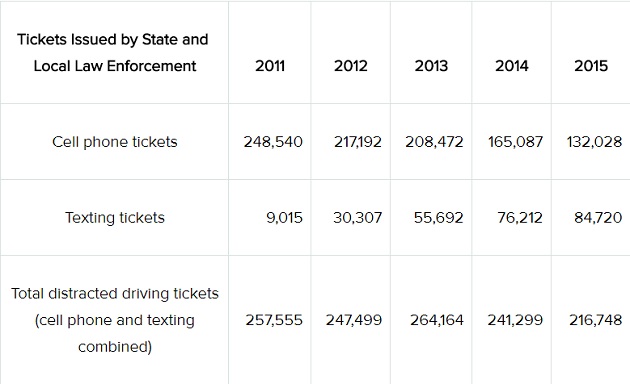 A complete list of distracted driving (both cell phone and texting) tickets issued by state and local law enforcement in 2014 and 2015 by county can be found here.

GTSC Acting Chair and DMV Executive Deputy Commissioner Terri Egan said, “No text message is worth a life. Not only are motorists who text or use their cell phones while driving, putting themselves at risk, they are endangering everyone on the roads. It is critical for drivers to put their phones down each time they are behind the wheel. Working together, we can prevent tragedies on our roadways by refusing to let our phones distract us while driving.”

New York State Police Superintendent Joseph A. D’Amico said, “Distracted driving is just as dangerous as speeding or driving impaired and continues to be a leading contributing factor of motor vehicle crashes. Each year, there are needless tragedies and victims left behind someone couldn’t put down their handheld device. Motorists should know this type of behavior will not be tolerated. Through continued education and enforcement, State Police are working to make New York’s roads safer, by discouraging, detecting, and arresting distracted drivers.”

New York State Sheriffs’ Association President, Herkimer County Sheriff Chris Farber said, “It’s not that complicated: driving requires your full attention, and even a small error can lead to tragedy. New York’s Sheriffs will be stepping up our efforts during April to both educate the public about the dangers of distracted driving and to enforce our state’s tough distracted driving laws.”

Margaret E. Ryan, Executive Director of the New York State Association of Chiefs of Police said, “The NYS Association of Chiefs of Police stands in full support of law enforcements efforts that will target texting and talking on the phone while driving violations during this intense week-long high visibility enforcement campaign. Coupled with our ongoing education and awareness programs with other statewide traffic safety partners, this will be a recipe for success to reduce needless crashes and injuries on our highways.”

Nassau County Executive Mangano said, “Instances of Distracted Driving have steadily increased: and texting while driving is one of the most alarming distractions because it takes the drivers eyes off the roadway. Operation “Hang Up” is intended to reduce distracted driving through aggressive State and County Enforcement. Remember no text message is worth the loss of life!”

Exceptions to the laws include:

In 2014, more than 48,000 police-reported crashes statewide listed “driver inattention/distraction” as a contributing factor. While drivers can be distracted by many factors, text messaging is one of the most alarming distractions because it requires visual, manual, and cognitive attention from the driver. According to a report by the National Highway Traffic Safety Administration (NHTSA), looking away for two or more seconds will double the risk of a crash or near crash. However, five seconds is the average amount of time a driver’s eyes are off the road while texting; when traveling at 55 miles per hour, that is enough time to cover the length of a football field blindfolded.

Funding to police agencies for Operation Hang Up and other special initiatives is provided by GTSC, which provides grants to the New York State Police and local police agencies to combat distracted and impaired driving, speeding and other targeted enforcement activities.

Photo by Lord Jim, from Flickr.
Made Available from the Office of Governor Andrew Cuomo. 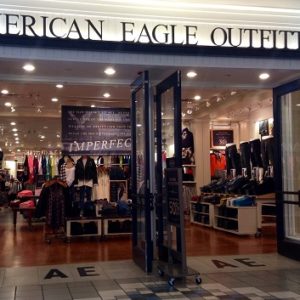