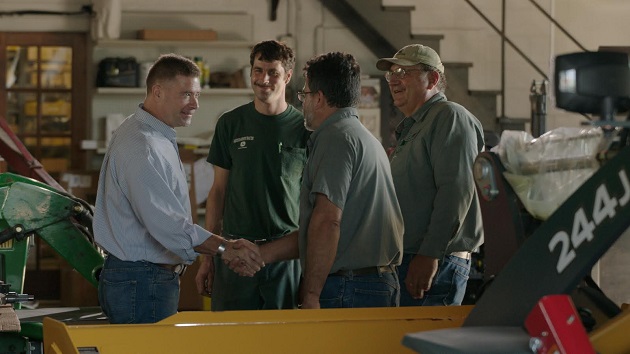 NEW YORK – “If I decide to run against Andrew Cuomo in 2018, I am confident that I will beat him,” 19th CD (which covers near Albany and its eastern, western and southern surrounding areas) Republican Congressman Chris Gibson stated, as we began our interview in midtown Manhattan last week. Gibson’s use of the conditional conjunction “if” though, could fairly be described as questionable: In February the congressman formed what is now a well-staffed gubernatorial exploratory committee. That exploratory committee, which launched a website GibsonforNY.com, is already producing a broad range of position papers and reaching out for support to NYS Republican officials, has convinced many within Republican and Democratic camps throughout the state that Gibson is all but assured to enter the race.

However, if, as expected, he decides to run, his prediction of victory would seem to be challenged by the political realities of New York State, which has registered Democrats holding a 2-1 advantage over registered Republicans. Such an advantage in voter party registration has been credited with the Democrats’ control of the two NYS United States Senator positions, with former Senator Al D’Amato’s reelection in 1994 to a seat he had held for two previous terms being the last time a Republican has been elected to that position.

Still, what would seem at first glance to put Gibson’s optimism even more to the test would be the past three governor’s races in the state. After three terms of Republican Governor George Pataki, a moderate known for his alliances on key economic issues with Democrats in the state assembly and senate, the Democratic candidates have glided to easy victories over their Republican opponents in the past three elections, with Eliot Spitzer (who was to resign in March 2008 in the wake of a prostitution scandal) garnering 69% of the vote in 2006 against then former state assembly leader John Faso, current Governor Andrew Cuomo collecting 62% in his first term victory in 2010 against upstate businessman Carl Paladino and winning 54% in his 2014 reelection to a second term against Westchester County Executive Robert Astorino.

Gibson, 51, the married father of three teenage children, told me, however, that the fact that Democrats have dominated state elections over the past twenty years is not a predictor for the governor’s race in 2018. Gibson contended that his victories in the 19th CD, a left leaning district, can be replicated on a state wide scale, segueing into a victory in 2018. 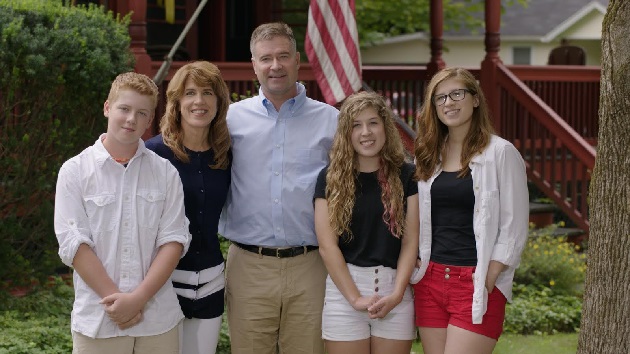 “I have a proven ability of reaching people of all political backgrounds, which I believe puts me in a position where I can get people who have not done so before to vote Republican in 2018.”

Pressed, though, Gibson acknowledged, that if he does decide to run against Governor Cuomo, he will be still be running an uphill battle. “Cuomo will come into the campaign as a two term incumbent with a tremendous political war chest collected from the New York State Democratic machine and liberal interest groups,” he stated.

It is, in fact because of that Cuomo “war chest” which contained more than 45 million dollars in 2014 and is expected to be filled with even more cash in 2018, that requires Gibson, according to a source with close ties to his exploratory committee, to formally announce his candidacy by early next year, giving him almost two years before the election to raise the 20 million dollars said to be required to wage a competitive campaign.

While still declining to provide the specific date he plans to announce his expected decision to enter the 2018 race, Gibson told me he fully understands that his ability to reach the electorate is conditioned in large part by his campaign’s financial resources and thus understands the importance of early fund raising.

“It will require money to, among other expenses associated with running a state wide campaign, pay for television and radio time to communicate my positions on the critical issues facing the state and explain my plans to address them to the voters,” he acknowledged. “So I understand the importance of raising campaign funds as early as possible.”

The issues he would address, Gibson told me, include the economy, education, political corruption and public safety. Beginning with his plans to improve the economy, Gibson stated, “Under Governor Cuomo New York State has the highest local and state taxes in the nation on both businesses and individual families. Reducing this tax burden would encourage businesses already here to stay and attract new businesses to set up shop in our state. This would create more well paying private sector jobs and provide more goods and services to all New Yorkers…. Lowering the tax burden on individuals and their families will lead to all New Yorkers enjoying greater spending power.”

Gibson continued his criticism of Governor Cuomo, as he discussed his plans on education. “Governor Cuomo,” he stated, “has been a champion of Common Core, which takes power away from parents, students, teachers and administrators and gives it all to bureaucrats in Washington DC. It is little wonder that it has failed miserably here in New York and throughout the nation. My education plan is predicated upon returning power to all the real stakeholders in the education process- parents, students, teachers and administrators- the same stakeholders Common Core has disenfranchised.”

Gibson’s plan on political reform is based on the premise that the political culture in Albany is filled with corruption that must be cleaned up. “We have to concede,” he contended, “that while the majority of elected officials in Albany are personally honest and decent women and men, there is a culture of corruption that permeates throughout the state capital. I think we need to reform the process with term limits for the governor, and I will lead by example by imposing a two- term limit on myself…. I will also initiate tough, no-nonsense legislation that will finally put an end to all governmental misconduct in the state capital.”

Lastly, Gibson discussed public safety, which, he said, is the most fundamental responsibility that government has to fulfill for its citizens. “It is the most important job of government to make certain that its citizens feel and are safe in their homes, neighborhoods and streets without taking away their rights,” he stated “ To secure this safety, it is essential that the police realize they have the support of both the public and elected officials.”

“I believe,” Gibson added, “that these will be winning positions with the voters simply because they are the right positions for our state.”

While whether or not those are in fact the “winning” and “right positions” might be weighed heavily on a political scale, there might be one item found in Gibson’s personal narrative that could prove to be as appealing to Democrats as it is to Republicans: During his three terms in Congress, Gibson has each year voluntarily returned his military pension for his 29 years of service in the US Army to the Treasury Department.

Those 29 years of military service, which ended in his retirement with the rank of colonel in 2010, cover five in the National Guard followed by twenty four in the regular United States Army – which included four combat tours to Iraq, one during the Gulf War and three during the height of the most recent war in Iraq. 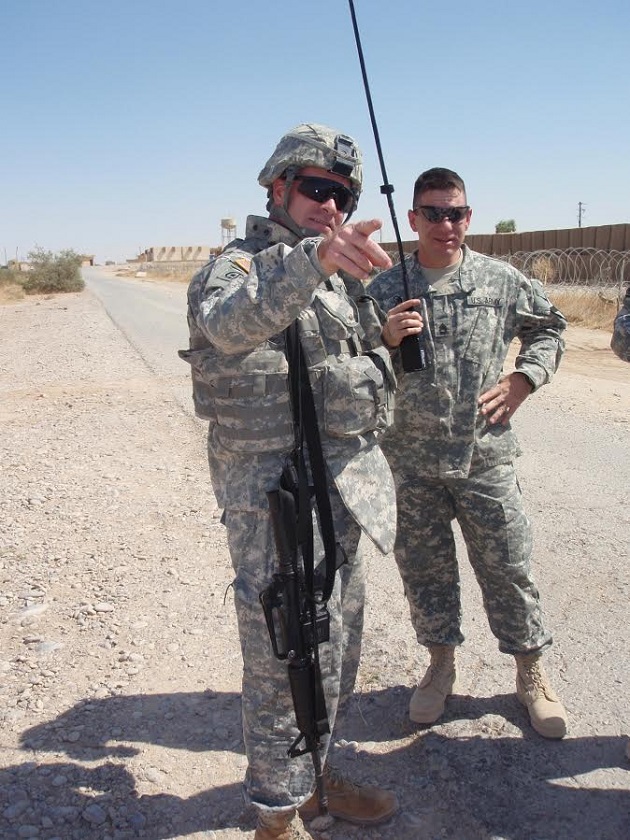 Congressman Gibson in Iraq in 2007 on one of his four deployments to the country. (Credit: submitted)

Those three Congressional terms span from his first election to the 20th CD in 2010, when he defeated an incumbent by 10%, to 2012 when he scored a victory in the redistricted Democratic leaning 19th CD, to 2014 when he was reelected to the 19th CD by just under a 30% margin – currently his last term due to his honoring the pledge he made to a three term limit during the 2010 campaign – another item that could possibly resonate with voters.

Explaining those decisions, Gibson stated, “It is imperative we follow through on the commitments we make to the voters who elect us to serve, and I have strived every day to do just that leading by example, honoring my pledges, and putting my constituents first in every thing I do.”

There still remains, however, one obstacle that could stand in the way of a Gibson/Cuomo race: Robert Astorino, who remains very popular in both Westchester and upstate New York and won a great deal of praise across the state for running a straight issue oriented campaign in his loss to Cuomo in 2012 in which he was outspent by nearly ten to one, is sending signals that he is considering a second run against the governor. And thus there could emerge a scenario in which Astorino and Gibson wind up engaged in a primary battle to win the Republican nomination.

Gibson did not directly answer my question about that possibility, stating instead, “I have nothing but respect for Rob, whom I strongly supported in his race against Cuomo in 2014, and I look forward to supporting for his re-election to County Executive in Westchester in 2017. But Rob is my friend and Cuomo is my opponent. My sole focus is on beating Andrew Cuomo. To do that we need to start now – not in the year of the election – and I’m traveling across the state to get us ready to win.”

Note the absence of the word “if.” Take a sure bet: Gibson will be running for governor of New York State in 2018. 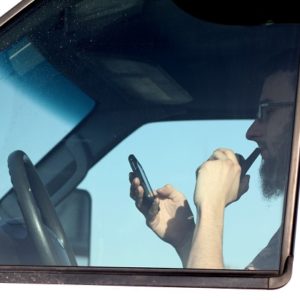