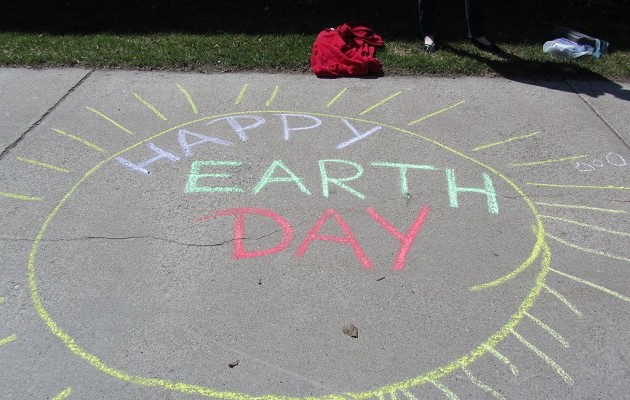 WASHINGTON – The first nationally recognized Earth Day was celebrated in the United States on April 22, 1970. Now, 46 years old, the annual event is a world-wide phenomenon celebrated in more than 192 countries. It is a day numerous cultures come together to voice their support for environmental protection.

I like a lot about Earth Day. As a natural scientist I enjoy walking around campus and visiting with students as they partake in environmentally-themed festivities. There are special opportunities for community service on and around Earth Day. These opportunities usually include neighborhood clean-ups, river rescues, a “Bio-Blitz” or two, work in a community garden, etc. Folks are inclined to think about the global environment and learn how they can act locally to protect it. This decentralized, neighborhood approach allows us all to engage, support, respect and empower our communities — benefiting the individual and thus the common good.

But I am bothered by an overarching theme that continually looms over April 22: Praise of authoritarian institutions. Earth Day was born of the 1960’s environmental movement. This 60’s-era environmentalism differed from the preservation-oriented ethics that preceded it.

Preservationist ethics sought the protection of the natural environment. The idea held that natural landscapes and seascapes, along with all the fragile flora and fauna that call these systems home represent a grandeur that is in and of itself worthy of protection. Preservationists and (to a lesser extent) conservationists believed human-civilization needed to protect wilderness because the pure freedom of the wild, nature for nature’s sake, deserved radical liberty.

Sixties environmentalism shifted the focus of public thought from natural systems to state institutions. The original Earth Day spawned a series of high-profile legislative measures in the United States under the Nixon Administration, including the Clean Water Act, Endangered Species Act, Clean Air Act, formation of the Environmental Protection Agency and much more.

I may differ from some of my libertarian comrades on what to do with these laws and institutions. That is to say, for the time being, I find them necessary for public and environmental health. The world is not as it could, or rather, should be. Still, these institutions are faulty. Mainly, they are ineffective.

For instance, the nation’s “most powerful environmental law,” the Endangered Species Act, is full of shortcomings. The number of listed species has well outpaced delisted species (plus, some species are delisted as they go extinct, noting failure as opposed to success). Even with global regulations, air pollution, according to the World Health Organization, is responsible for seven-million deaths annually — that’s one in eight global deaths. Global water quality is also of increasing concern, as freshwater reserves are tapped for industrialized agriculture and acid dilution. The list goes on.

Yet, on Earth Day such laws are hailed as victories. This is disheartening because the key message of Earth Day is good ole neighborhood environmentalism. The empowered populace is the revolutionary power needed to protect our communities, surrounding biota and maintain and restore healthy ecosystems.

The message of Earth Day is every bit as much about human liberty as it is environmental protection. The old ethos, that nature is good and that the living biosphere deserves liberty should be re-established.

Thankfully, it is. The environmental paradigm is once again changing. Rewilding the planet is openly discussed in academic and movement debates as a means to mitigate the current extinction crisis. The field of Restoration Ecology is a leading employer of conservation scientists today. Perhaps most excitingly, the urban corridor is changing. Community gardens, urban food corridors, public spaces and even wilderness areas are being designed into cities.

The concept of sustainability is evolving. I believe it will continue to do so. As each bit of progress is made, the cultural revolution will chip away at systems of power and domination. The democratic, permissive society is indeed the only sustainable society. After all, what is more revolutionary, more natural, than human liberty? And what is human liberty without healthy neighborhoods and wild spaces?

PHOTO: Booker Smith, from Flickr.
OP-ED: by Grant A. Mincy.
Made available from The Center for a Stateless Society. 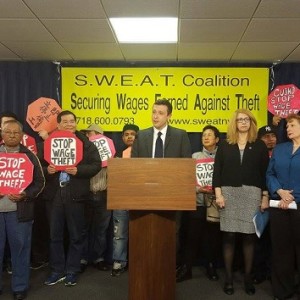 NEW YORK - Now that New York has approved a hike in the minimum wage, labor advocates want to be sure workers can collect...