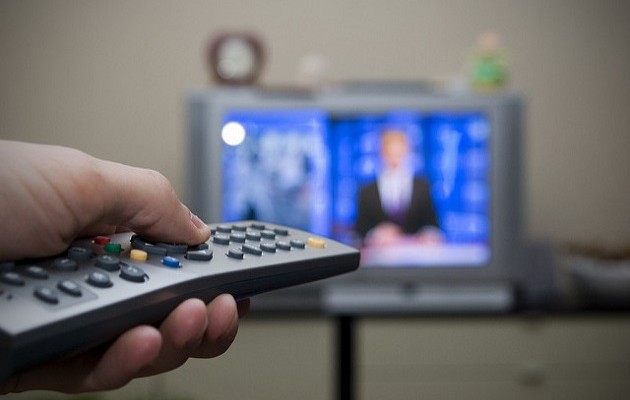 WASHINGTON – In an interview with Cenk Uygur March 23, Bernie Sanders noted, “The media is an arm of the ruling class of this country,” going on to point out its concentrated corporate ownership (for example, Disney’s ownership of ABC, Comcast’s of NBC, etc). This corporate media have a vested interest in not covering real news in a way that examines the root causes of problems. Such coverage might lead to radical threats to the power structure. Of course he’s quite right. And it’s not a situation that came about by accident; the state played a central role in bringing it about.

The mainstream media — network news shows, cable news networks, major newspapers and wire services — are part of an interlocking set of governing institutions that also includes government agencies, large corporations, and universities, think tanks and charitable foundations. These institutions share a common organizational style — top-down hierarchies and enormous managerial bureaucracies, Weberian rules, million-dollar executives — and tend to shuffle their personnel back and forth from one such institution to the other.

This whole interlocking complex of institutions goes back to the rise of such institutions in the late 19th century as the dominant organizational form — a top-down transformation of the American economy and society that the state and the plutocratic interests controlling it imposed on the country.

From the beginning of radio, the state’s regulatory approach fostered a cartelized system of nationwide media networks. The FCC licensing system permitted a limited number of radio stations compared to what the spectrum permitted. Had the full spectrum been opened up on a first-come first-served basis, with something like the common law of riparian rights preventing new stations from broadcasting on frequencies that might disrupt broadcasts of existing stations, there would have been many more stations. And had the spectrum been open to all homesteaders, there would have been a variety of participants including amateurs and hobbyists, and community and labor groups. For that matter the FCC itself might have awarded its licenses to such a variety of groups; but instead it awarded them almost entirely to commercial interests. And given a limited number of salable licenses, they inevitably appreciated in value just like taxicab medallions, so that only plutocratic interests could afford them.

But before the mass broadcast media ever came into existence, there was already a nationwide advertising market in place fostered by the corporate centralization of the economy, and a complex of corporate and government institutions to influence the content of media.

The existence of a nationwide advertising market, coupled with “intellectual property” in content and rebroadcast rights, further reinforced the concentration of broadcast media into nationwide networks.

And the pre-existence of an interlocking system of corporate, state and civil society institutions into which the media could be assimilated, created the systemic pressures and filters behind what Noam Chomsky and Edward Herman called the media’s “Propaganda Model.” This doesn’t just mean the cruder forms of influence like direct advertiser vetoes of stories, or even editorial fear of offending advertisers — although that obviously plays a real part in filtering content. More important is the common class background and affinity, and common social ties of those in charge of the media and governing institutions, and the symbiotic organizational structures of the institutions themselves.

Network executives, talk show hosts, and newspaper publishers and editors travel in the same social circle as the powerful state and corporate figures whom they’re theoretically supposed to serve as watchdogs over. So you have “responsible” and “patriotic” news organizations refusing to report on government war crimes, and people like publisher Katherine Graham of the Washington Post telling an appreciative audience of CIA spooks that “there are some things the public doesn’t need to know.”

You have a “professional” journalistic culture, since Walter Lippmann’s time, dominated by the same managerial ethos as other governing institutions, seeing their job as simply reporting “objectively” what “both sides” say without regard to facts. And given the limited (and dwindling) resources for actual reporting, you have the majority of TV news anchor scripts and newspaper column inches taken up either by quotes from public figures or the output of public spokespersons and corporate and state PR departments. You have wire service correspondents in countries where the U.S. is backing local death squads or military coups, sitting in hotel rooms writing their copy directly from U.S. embassy handouts.

The cumulative effect of all these filters, without much central direction, is a sort of “invisible hand” mechanism with exactly the result Chomsky and Herman described: a corporate media that reports news from the perspective of the state and the corporations in control of it almost the same as if they were officially censoring it.

So Sanders is right: the media is an arm of the ruling class — and the state is at the heart of it.

PHOTO: flash.pro, from Flickr.
OP-ED: by Kevin Carson.
Made available from The Center for a Stateless Society. 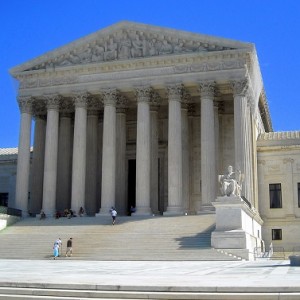 NEW YORK - In a unanimous decision, the U.S. Supreme Court on Monday upheld the principle of "one person, one vote," by ruling...