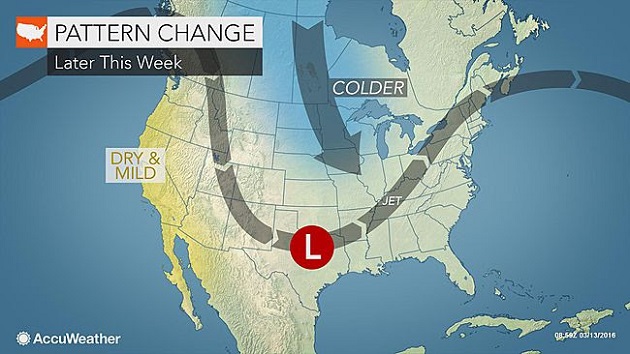 AccuWeather: Cold Air, Snow Potential to Return to Northeastern US this Weekend

NEW YORK, N.Y. – Following mild weather much of this week, colder air will settle over the Northeast and could lead to wet snow in some locations later this weekend.

Temperatures will average 5-10 degrees Fahrenheit above average during most days through Friday. Highs will range from the 40s to the lower 50s in much of New England and the 50s to lower 60s in much of the the mid-Atlantic this week.

However, a pattern change will allow colder air to flow out of Canada and race into the Midwest later this week.

As a result, temperatures from later this weekend into much of next week will average near to slightly below normal.

The air will be cold enough to allow wet snow to fall in some locations as a storm may take shape.

A storm could form and become quite strong near the East Coast this Sunday, AccuWeather Chief Meteorologist Elliot Abrams said. 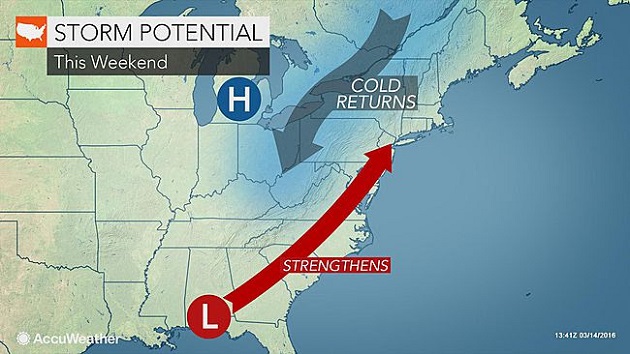 “Since the storm does not exist yet, forecasts based on its strength and movement are speculative at this point,” Abrams said.

Should the storm form inland and track northeastward, along or near the coast, drenching rain would occur along the Interstate-95 corridor. This would allow the potential for heavy wet snow or a rain/snow mix over the Appalachians, the eastern end of the Ohio Valley and lower Great Lakes region.

Should the storm form and track 100 miles or so off the coast, the air could get cold enough to allow a rain/snow mix or perhaps a period of wet snow to extend eastward to part of the I-95 corridor.

The latter scenario is much less likely due to anticipated highs in the 30s to lower 40s around the time of the storm.

“In light of the recent warmth this winter, getting it cold enough to snow is a tall task along the coast from Washington, D.C., to Philadelphia, New York City and Boston, this late in the season,” according to AccuWeather Senior Meteorologist Brett Anderson.

Even in the higher elevations, in order for snow to accumulate on roads during the daylight hours, it must fall at a very heavy rate this time of the year. Because of the recent warmth, some of the wet snow will melt as it falls at night, especially on paved areas.

AccuWeather will continue to provide updates on the weekend storm potential, including the chance of snow, wind and coastal flooding concerns through this week.
One to two additional opportunities for wet snow are likely from next week to Easter Sunday weekend as chilly air will remain entrenched.

Continue to check with AccuWeather.com for the latest details on the cold outbreak and any snow showers. This entire weather report, including quotes and images, are brought to you courtesy of AccuWeather.com. 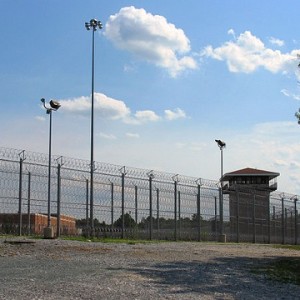 INDIANA - There are many ways to handle the epidemic of over-crowding in prisons. We could start by ending the war on drugs...