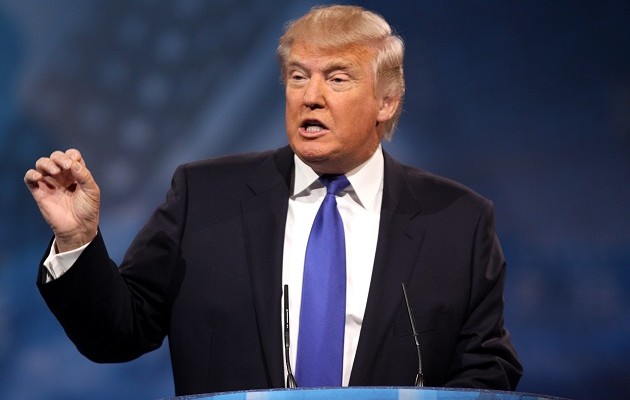 WASHINGTON – The Donald Trump phenomenon is indeed the creature of the Republican establishment, but there’s more to it than that.

For decades the Republican leadership (committed to corporate privilege and costly empire) encouraged a base of jingoists, protectionists, nativists, and other “politically incorrect” types, whom it then largely took for granted. The leadership wanted their votes, but not their opinions. It never expected those folks to one day embrace a presidential candidate who said aloud whatever they were thinking. So it underestimated Trump and now is in big trouble.

But the Republican elite is not the only Victor Frankenstein in this story. There’s another, related creator of the Trump creature: government.

Americans have been assured for ages that the government in Washington could competently manage the economy, their retirement benefits, medical care, the culture (through immigration control), and foreign affairs. But with each passing year the government’s foolishness across the board has become blindingly clear. The national debt soars; the annual budget deficit is enormous; Social Security and Medicare have huge unfunded liabilities, recessions strike periodically; taxes are onerous; economic growth is anemic; and wars go on forever. But privileges for the well-connected keep flowing. The politicians’ response consists of little more than bailouts for the rich and symbolic gestures for the rest.

Trump capitalizes on all this and blames the ruling elite for its impotence. He often alludes to what has been called democratic sclerosis, complaining that politicians are “all talk, no action.” (We should be so lucky). In contrast, he would act decisively. When he describes his prowess as a deal-maker, he seems to be promising that he will fix things single-handedly. Lately he talks about cutting deals with Democrats in Congress, but that has not been the theme of his campaign. America’s problem, he says, is stupid leaders who don’t know how to negotiate. He will be a smart leader — and America will be great again.

But Trump is wrong about the cause of democratic sclerosis and therefore about the solution. Sclerosis results not from weak leadership but from a government with the power to engineer society. The more government tries to do, the more it bogs down in legislative sludge and gridlock. After years of frustration, people unschooled in political economy become vulnerable to a strong man who promises to “get things done.”

In his classic book The Road to Serfdom, F. A. Hayek discussed this particular danger of the social-engineer state. Although Hayek was warning of the consequences for individual liberty of replacing the competitive market process with central economic planning, his analysis applies to our situation as well. Hayek wrote:

“The inability of democratic assemblies to carry out what seems to be a clear mandate of the people will inevitably cause dissatisfaction with democratic institutions. Parliaments come to be regarded as ineffective ‘talking shops,’ unable or incompetent to carry out the tasks for which they have been chosen. The conviction grows that if efficient planning is to be done, the direction must be ‘taken out of politics’ and placed in the hands of experts — permanent officials or independent autonomous bodies.”

With Trump, we don’t hear calls for autonomous bodies of experts. Instead, Trump presents himself as the expert — the master of the deal — who will not let the talking shops stand in the way of our “winning again.”

Importantly, Hayek added that “the fault is neither with the individual representatives nor with parliamentary institutions as such but with the contradictions inherent in the task with which they are charged” (emphasis added). He was being too kind to the politicians, but nevertheless he made a good point. No other leaders could do better because what they try to do cannot be done competently in the political arena, that is, outside the realm of voluntary exchange and social cooperation, particularly in the marketplace — unencumbered by privilege, regulation, and taxation — where decentralized competition and market feedback through profit and loss reveal inevitable errors and reward correction.

So Trump is right: the politicians can’t be relied on to manage our lives or society. But he’s also wrong: society should not be turned over to a Great Man — not him or anyone else.

PHOTO: Gage Skidmore, from Flickr.
OP-ED: by Sheldon Richman.
Made available from The Center for a Stateless Society. 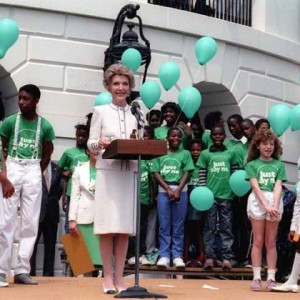 WASHINGTON - Nancy Reagan died on March 6, 2016 at the age of ninety four. She leaves behind a destructive legacy that will...