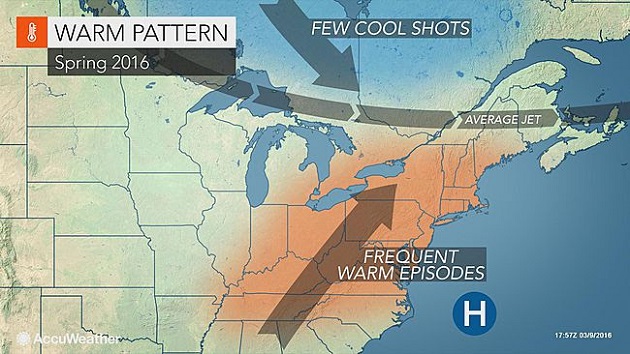 The warmth this week will allow residents to turn off heat, open windows and get outdoors, but many may wonder whether the warmth is unusual and if it is an indication of how spring will unfold.

While the average date of the first 70-degree Fahrenheit temperature reading is not until late April and May for much of the Northeast, temperatures have hit 70 each month of the year along much of the Atlantic Seaboard from Washington, D.C., to Philadelphia; New York City and Boston, as well as west of the Appalachians from Charleston, West Virginia, to Pittsburgh; and Buffalo, New York.

However, multiple days of 70-degree temperatures this early in the season are rare, as is the magnitude of the warmth.

Dozens of record high temperatures were tied or broken from the southern to the northeastern United States on Wednesday.

For Albany and Poughkeepsie, New York and Allentown, Pennsylvania, Wednesday was the earliest day in the year for an 80-degree temperature reading.

Temperatures of 10-30 degrees above average will span three days or more this week.

“Many times in the spring, following a warm day, a series of gray, damp and dreary days will follow,” according to AccuWeather Chief Meteorologist Elliot Abrams.

“However, this time it will be different with sunshine and only slightly cooler conditions in store late this week and into part of this weekend.”

Until rain thoroughly dampens the region, the combination of warmth, a breeze and dry brush will increase the potential for brush fires. Use caution with outdoor power equipment and open flames. Avoid parking vehicles over dry brush and never throw cigarette butts outside of your vehicle.

A brief round of rain will slice through the region from northwest to southeast through Thursday night. Warm sunshine will bounce back Friday into Saturday, ahead of showers that will arrive late this weekend into early next week.

Above-average temperatures are forecast during much of next week in the Northeast.

“There are signs of a reversal in the warm pattern between Palm Sunday (March 20) and Easter (March 27),” Abrams said. “It will not necessarily snow throughout the Northeast during that period, but it could get cold enough for that to happen in parts of the region.”

“April will average several degrees above normal, especially in the northern tier states of the Northeast,” Pastelok said. “May also looks quite warm at times with the greatest warmth compared to average centered over the Great Lakes region.”

Pastelok attributes a lack of snowcover, above-average temperatures and mainly ice-free conditions on the Great Lakes to the quick temperature turnaround expected moving forward this spring.

“The surges of warmth that have already occurred in the Northeast are a sign that winter will do little to fight back during this spring,” Pastelok said.

This entire weather report, including quotes and images are brought to you courtesy of AccuWeather.com. 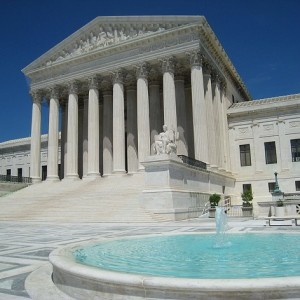 NEW YORK, N.Y. - Mayor Bill de Blasio joined with leaders of nearly 120 other cities and counties across the country in supporting...