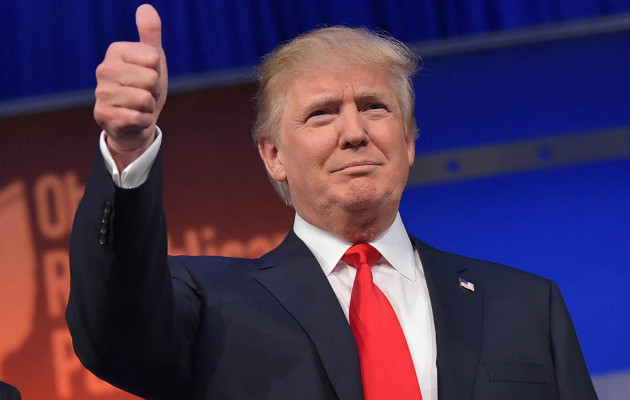 With elections right around the corner, it’s time to take a look at our current President’s environmental scorecard, as well as the viewpoints of those seeking to inherit his office

(Long Island, NY) With the current race for the Oval Office the most high-profile contest in recent memory, the positions on the remaining candidates on a plethora of social and economic issues are quite the hot button topic these days. With Super Tuesday – the day where the most U.S. states hold primary elections and caucuses – past and the political roadway for both the Democratic and Republican nominations becoming all the more clear (although no one can be counted out of the race for their respective party’s nomination…yet), now is a great time to take a closer look at one aspect of the candidates’ stance that many media outlets have been remiss on reporting on- the environment.

With the nation’s economy still on shaky ground, investment in environmental technologies and growth seems like common sense, and the Presidential candidate who holds most closely to these ideals is the one best suited to lead us into a “green” future. According to Yellow Pages Goes Green, there are already a number of “clean” energy tech companies on the rise, giving birth to local economic and job growth; making this a focus of any Presidential administration would be prudent, both for the environment and for the economy. 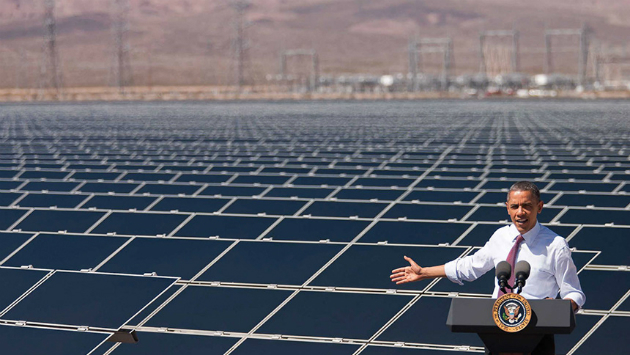 President Obama speaks about clean energy with a field of solar panels behind him. Photo Credit: whitehouse.gov.

Donald Trump, Marco Rubio, Ted Cruz, Hillary Clinton, and Bernie Sanders all have views and policies on the environment – some more “green” than others – but before we get to them, it’s only fair to take a look at the “green” track record of the man whose job the aforementioned candidates are vying to inherit: current President of the United States, Barack Obama.

The 44th President of the United States, Barack Obama assumed office in January 20, 2009, and is currently serving his last year as Commander-in-Chief. His tenure in office has been marked by a general concern for the environment but the inability to put true, meaningful change into effect due (in part) to opposition from House Republicans, among other issues. According to The Washington Post, the Obama Administration has instituted a number of environmentally beneficial programs and laws, including cutting greenhouse gas emissions from cars and light trucks; curbing harmful emissions from power plants; adopting a broad policy for managing the nation’s ocean waters; supporting renewable energy development; the first-ever greenhouse gas emission limits for power plants; a new smog rule; and regulating coal ash waste.

While all of this is impressive, Obama’s tenure is marked by just as many environmental failures; unfortunately, he inherited this country at a time when there was a great deal of work to be done and not enough time or resources to do it, according to National Mining Association spokesman Luke Popovich.

“He is in an unenviable position,” Popovich said. “He’s trying to rescue the economy and help the millions shut out of the job market at the same time he wrestles with environmental issues that could aggravate the problem if taken too far.”

Republican Donald Trump’s Presidential campaign – despite its success thus far – has been marked with rampant inconsistencies in regards to his public statements on a variety of policies. While he has claimed to be an environmentalist, he has drawn fire over his development practices on numerous projects, such as his many golf courses, according to the Washington Post.

“Over the years, Donald Trump — the ‘Celebrity Apprentice’ star, real estate mogul and impossible-to-ignore presidential candidate — has developed 11 luxury golf courses around the world, leaving a trail of happy golfers but angry residents and environmentalists in his wake,” they said. “He infuriated neighbors in California for trying to plant trees to shield pedestrians from flying golf balls and in Northern Virginia for taking them out.”

In addition, Trump has completely denied the existence of Climate Change, calling it a “hoax,” according to the New York Times.

“He does not just deny that climate change is occurring; he calls it a hoax, and says those who warn of global warming only want to raise taxes,” they said.”He is less outspoken on other environmental issues, though he sued unsuccessfully in 2013 to block plans for wind turbines in Scotland that would power 65,000 homes, arguing, in part, that they would mar the view from a golf course he was proposing to build.”

Democrat Bernie Sanders is the junior United States Senator from Vermont who assumed office on January 3, 2007, and has been an outspoken advocate on environmental issues for some time now. In particular, he has placed combating the threat of Climate Change very high on his agenda, with Mother Jones commenting that he seems to be the best suited Presidential candidate to tackle the issue, although his current stance on fossil fuel use is still foggy.

“”Sanders has one of the strongest climate change records in the Senate. In fact, according to rankings released by Climate Hawks Vote, a new super PAC, Sanders was the No. 1 climate leader in the Senate for the 113th Congress that ended in January,” they said. “In an interview with the Washington Post’s Greg Sargent, Sanders called for a progressive climate agenda that includes a carbon tax and investments in renewables, energy efficiency, and alternative transportation—but he made no mention of restricting fossil fuel development.”

Republican Ted Cruz, the junior United States Senator from Texas who assumed office on January 3, 2013, is a well-known for his conservative viewpoints; however, what are his environmental views? According to the National Journal, Cruz seems to maintain a less antagonistic viewpoint on Climate Change than is political rival Donald Trump, but nonetheless massively downplays its negative impact upon the planet.

“In January 2015, Cruz voted for a Senate amendment stating that climate change is real but voted against an amendment stating that climate change was real and that humans were significantly contributing to it,” they said. “In a March 2015 interview with the Texas Tribune, Cruz called environmental advocates concerned ‘global warming alarmists’ and said that they are ‘the equivalent of the flat-earthers.'”

Also, as reported by Politico, Cruz has received over $1,000,000 in campaign contributions from the oil and gas industry since 2011, and that “his aggressive support for legalizing oil exports and abolishing the ethanol mandate stand out even in a pro-fossil-fuel GOP.” Clearly, this is a man what does not put protecting the environment very high on his to-do list.

Democrat Hillary Clinton is currently hoping to be the first-ever female President of the United States; the 67th United States Secretary of State from 2009 to 2013 under Barack Obama and the wife of former U.S. President Bill Clinton, Hillary Clinton is another believer in the harm of Climate Change and has vowed, if elected to the office of Commander-in-Chief once held by her very own spouse, that she will make combating that malady a primary goal of her administration, according to Mother Jones; however, in that same article, it’s noted that Clinton also wants to support fossil fuel production as well

“Like [Barack] Obama and [campaign chair, John] Podesta, Clinton certainly seems to appreciate the seriousness of the threat of catastrophic climate change and to strongly support domestic policies and international agreements to reduce carbon emissions,” they said. “But, like Obama and Podesta, she subscribes to an all-of-the-above energy policy. She promotes domestic drilling for oil and natural gas, including through potentially dangerous fracking.”

Clinton is noted for her understanding of the science behind environmentally-friendly policies and tech, and her adherence to and reverence of for some of the green programs started by President Obama; however, it’s been also noted that her charitable institution, Clinton Foundation, has received millions of dollars from big oil companies like ExxonMobil and ConocoPhillips, calling into question her true allegiances in the green battle for the planet.

And finally, Republican Marco Rubio, the junior United States Senator from Florida who assumed office on January 3, 2011. Rubio, according to the Miami Herald, is yet another skeptic on the notion of Climate Change, but denies being a full-blown climate-change denier.

“Right now, Rubio doesn’t want to take too much action,” they said. “In the wake of a new White House report on climate change that paints a bleak picture for his home county, his state, the nation and the planet, Rubio harbors doubts about some of the findings. He’s especially opposed to suggested fixes designed to lessen the amount of carbon dioxide emitted in the United States. Rubio says he thinks the laws won’t work — but will hurt the economy in a ‘devastating’ way.”

However, as noted by New Republic, the League of Conservation Voters bestowed upon Rubio a lifetime score of 9 percent based upon his votes on environmental issues, stating that “Marco Rubio is (now) the most dangerous GOP candidate on climate.”

Of course, when choosing the next President of the United States, the accomplishments and policies of each candidate as a whole should be taken into account; however, considering the fact that the environment and Global Warming are bigger issues than ever before, any person seeking to lead our nation into a bright and prosperous future should be open to any means of protecting both our country and our environment. 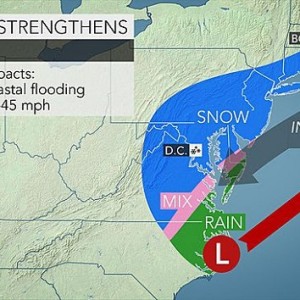 NEW YORK, N.Y. - The return of cold air into this weekend will deliver one to two rounds of snow and slippery conditions...