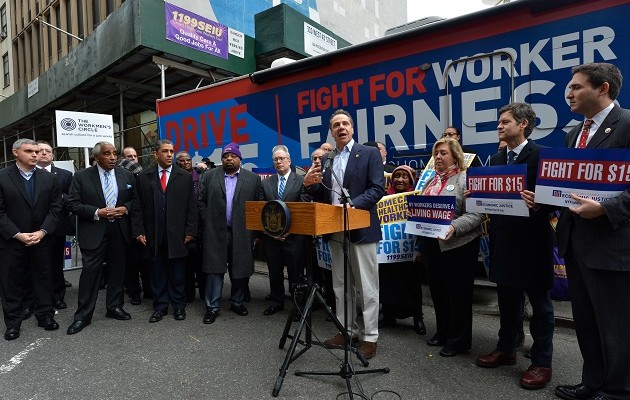 NEW YORK, N.Y. – Gov. Andrew Cuomo has taken his call for a statewide minimum wage of $15 an hour on the road.

Surrounded by union members and city officials on Tuesday morning, the governor announced his Drive for $15 campaign at a rally in Manhattan. He said New York is creating more jobs than ever, but those jobs are polarized between good pay for a few and low pay for the rest as the gap between rich and poor continues to grow.

“What we can do to make a difference is stand up for the middle class, stand up for the working families,” Cuomo said. “Make work pay, and that means raise the minimum wage to $15 so you can actually raise a family.”

“Troubling news is that low-wage jobs are on the rise,” he said, “and in terms of real wages, people in those jobs are making 3 percent less than they did years ago.”

Cuomo plans to take his Drive for $15 bus tour to cities across the state over the next few weeks. Naming the initiative after his father, the governor called this the Mario Cuomo Campaign for Economic Justice, and said raising the minimum wage is just the first step.

Cuomo has proposed legislation to allow workers up to 12 weeks of paid leave to care for a new child or sick family member.

More information is online at ny.gov. 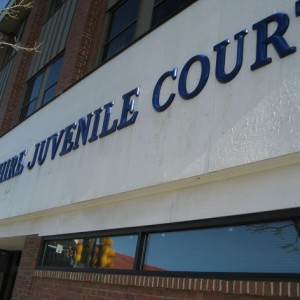 NEW YORK, N.Y. - The criminal justice system is failing LGBT Americans, according to a report released today. Less than four...