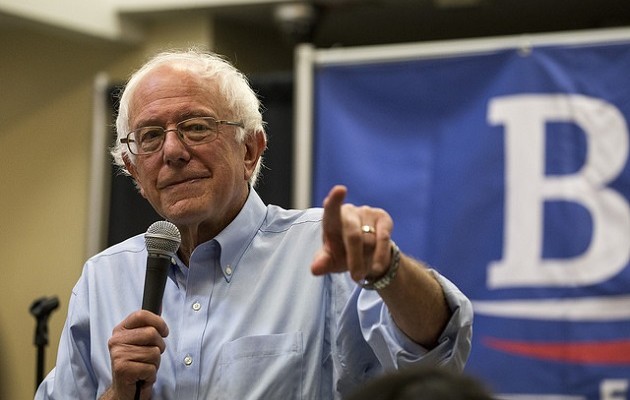 WASHINGTON – New Hampshire was Feeling the Bern in the Democratic Primary last night. The Associated Press called a win for social democrat Bernie Sanders late Tuesday night, an expected victory, but one of few for the upcoming primary season, as Hillary is largely predicted to win the Democratic nomination. The contentious fight between Clinton and Sanders has reached all-time highs, leading to epic Twitter wars, and even former president Bill Clinton slamming Bernie supporters for being sexist.

Bernie fans (and Bernie himself) flame Clinton for her record on foreign intervention and her ties to Wall Street, claiming she is an abhorrent, flip-flopping, establishment moderate. Bernie’s rise to popularity has been linked to growing discontent with establishment politics, and reminds many of us with libertarian backgrounds of Ron Paul’s race in 2008 and 2012 (albeit more successful).

The Bernie Sanders campaign serves a vital purpose for the Democratic Party: he draws hordes of enthusiastic, passionate supporters, supporters who had lost faith in a broken political system — supporters who will all jump ship to Hillary when Bernie inevitably fails. Because Bernie’s supporters are so passionate and invested in the political system, they will feel they have no option but to vote for the “least bad” candidate once the general election comes around.

Even as someone who could not be more uninterested in electoral participation, I can understand why Bernie’s supporters flock to the crazy-haired, outspoken senator from Vermont. Bernie is not afraid to stand up to Wall Street, he’s better on war than anyone else running (though far from perfect), he wants to get money out of politics, and he stands up for the “little guy.”

But that’s just it — Bernie is a politician. He is a part of the machine that he claims to despise. And not only that, he is working hard to guarantee a Democratic win in November, not for himself but for Hillary Clinton. Is this a behind-the-scenes conspiracy between him and Clinton? Probably not, but it doesn’t matter.

He’s exactly the candidate that the waning establishment needs to regenerate excitement about electoral politics and win voters for the general election. As much as Sanders supporters despise Clinton now, they will choose the “lesser of two evils” and jump to Hillary

So, Bernie supporters who have no other options, listen up. Politicians are self-interested individuals just like everyone else. They do not care about you. It does not matter who wins in 2016 — Clinton, Trump, Cruz. The Black Lives Matter movement has made leaps and bounds in public awareness and police resistance without endorsing a candidate. You can make such a difference in your community and world by devoting your time and energy to methods of creating change other than electoral politics. Here are some ideas to get you started: organize a protest, host a round table discussion, volunteer at your local soup kitchen, start a community garden, videotape police stops, write letters to local prisoners, and do not vote for Hillary Clinton because she is an evil war criminal who will say anything to get your vote.

PHOTO: Phil Roeder, from Flickr.
OP-ED: by Kelly Vee.
Made available from The Center for a Stateless Society. 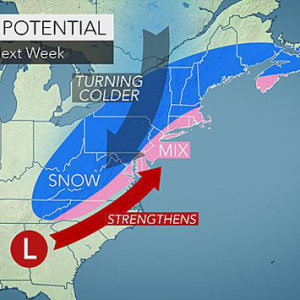 NEW YORK, NY - Following a break from winter storms and arctic air, colder conditions and the potential for snow will return...