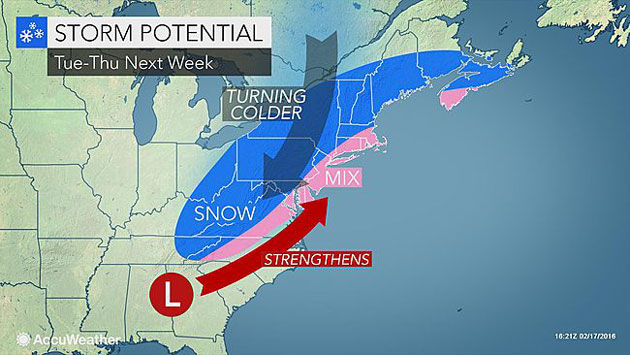 NEW YORK, NY – Following a break from winter storms and arctic air, colder conditions and the potential for snow will return to parts of the eastern United States spanning Tuesday to Thursday of next week.

Temperatures will moderate and storms will retreat northward later this week and this weekend across much of the nation.

Colder air will seep southward into the East next week. Highs in the 30s and 40s F will replace 50- and 60-degree temperatures in many locations from the southern Appalachians to the New England coast.

According to AccuWeather Chief Meteorologist Elliot Abrams, “The cold air coming in next week will not be nearly as cold as the outbreak that occurred over the Valentine’s Day weekend.”

However, the cold air may coincide with one or more storms that are likely to track near the Atlantic Seaboard during the middle days of next week.

According to AccuWeather Chief Long-Range Meteorologist Paul Pastelok, “Many of our indicators are suggesting that at least part of next week will be a stormy and unsettled period along the Atlantic coast of the United States.”

The exact track and strength of the storm complex will determine whether enough cold air will be drawn in to produce snow instead of a cold rain from the Appalachians to the Interstate-95 corridor.

A track just offshore could produce mostly snow from Washington, D.C., to Boston.

A track close to the coast or slightly inland would suggest all or mostly rain along I-95 in the Northeast.

“The greatest chance for seeing significant snowfall will be across portions of the mid-Atlantic and Northeast, inland of the coast,” AccuWeather Meteorologist Brett Rathbun said.

With a storm moving up right along the coast, “temperatures may be cold enough for some snow along the Interstate-95 corridor at the onset of the event; however, precipitation would likely change over to rain at some point,” Rathbun said.

Should the storm track set up just offshore and strengthen a great deal, it could draw enough cold air in to bring mostly snow or a change from rain to heavy wet snow along the I-95 in the Northeast.

At this early stage, the possibility for wet snow could extend as far south as the Carolinas and as far north as Maine.

“There can even be a period of sleet and freezing rain in some areas,” Rathbun said.

Adding to the many variables, there is a question on the timing of the precipitation.

“On one hand, a single storm may roll right up the coast on Tuesday,” Abrams said. “On the other hand, the storm may be stronger and slower, or more than one storm may be involved, so there is a several-day range of when precipitation may affect areas, spanning Tuesday to Thursday at this early stage.” 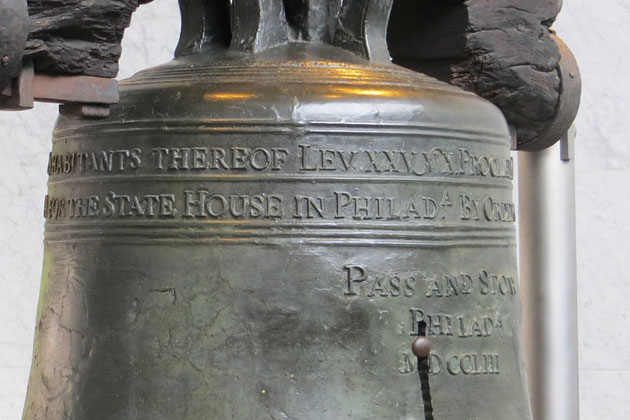 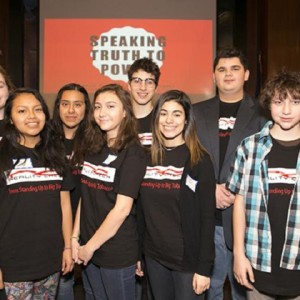