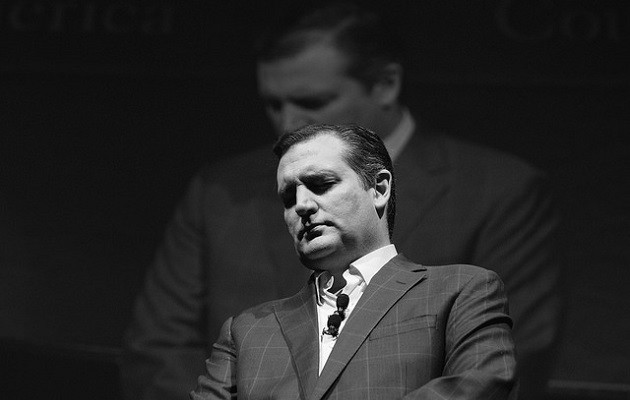 WASHINGTON – I see no point splitting hairs over whether Ted Cruz or Marco Rubio is the more egregious warmonger. Both love the bloody and costly U.S. empire. Both believe in American exceptionalism. (Rubio arrogantly calls for a “New American Century.”) Both want to make war in the Middle East (and beyond) and “stand behind Israel,” though such policies provoked the 9/11 attacks. Both want to pour money into the military, as though America were militarily threatened. (The U.S. military budget equals the budgets of the next seven highest spending nations.) Both want to prevent detente with Iran, which poses no danger. Both hype terrorism as an existential threat. Both want the government to spy on Americans, especially Muslim Americans. Both want to “control the border” — code for violating the natural right of people to move freely and make better lives without government permission.

On the Middle East, admittedly, we see a difference. Rubio, having learned nothing from the Iraq and Libya interventions, would overthrow Syrian President Bashar al-Assad while also attacking the Islamic State. Cruz, to his credit, realizes that regime-change would leave Syria in the hands of bin Ladenites or worse, so he’d “carpet bomb” ISIS only. Thus Rubio toes the neoconservative line more faithfully. The neocons, who front for Israel’s ruling interests, want Assad ousted because he’s an ally of Iran and weakening Iran is the priority. After all, without this manufactured threat, how could Israel continue, with America’s blessing, to crush the Palestinians’ independence aspirations or have its way in southern Lebanon and the Golan Heights?

But this difference between Rubio and Cruz should not be exaggerated. Cruz’s website declares he would be all-in for Israel: “We must make clear to the world that the U.S.-Israel alliance is once again a strategic bedrock for the United States. America’s security is significantly enhanced by a strong Israel. Israel has been, is, and always will be the Middle East bulwark in defense of the West. Our American-Israeli alliance is something to celebrate.” Rubio agrees.

Cruz’s site goes on to pledge that “a Cruz administration will continue to support Israel’s regional qualitative military edge and make sure that, especially in light of the worsening security climate caused by Iran and ISIS, Israel has everything it needs to defend itself.” It also says Cruz “would immediately reassess US policy towards the Palestinian Authority. Not one penny of American tax dollars should go to an organization that incites hatred against Jews and seeks to partner with the terrorist group Hamas.”

Bill Kristol and Paul Wolfowitz could have written that. So could have Hillary Clinton.

I can see Cruz being persuaded to move on regime change in Syria under the right circumstances (which perhaps could be easily arranged). His position on George W. Bush’s 2003 invasion of Iraq, please note, is that it was a mistake “knowing what we know now.” But these are weasel words. Lots of authoritative people knew in 2002 that Iraq had no WMD and that Bush’s warmongering was based on cooked intelligence.

When Cruz says, “Without [intelligence reports of WMD], it is difficult to imagine the decision would have been made to go into Iraq, and that predicate proved erroneous,” he is being either naive or dishonest. The Bush foreign-policy team and the neocon brain trust outside the government wanted to overthrow Saddam Hussein before 9/11. After the attacks the administration strove to blame Saddam, to the point of trying to torture confessions from prisoners and spreading false stories about Iraqi meetings with al-Qaeda representatives. Does Cruz not know this?

If you need further proof of the essential sameness of Cruz and Rubio, you need only observe their attempts to portray Barack Obama as a peacenik determined to dismantle the American empire. Considering that Obama is bombing at least seven Muslim countries; sending more troops to Afghanistan, Iraq, and Syria; and backing the Saudis’ genocidal war in Yemen — and that he supported Secretary of State Clinton’s disastrous regime-changing intervention in Libya — we can imagine what Cruz and Rubio think a hawkish foreign policy should be.

So go ahead and argue about who would pursue the American policy of perpetual war with more gusto. I don’t think that game is worth the candle.

PHOTO: Jamelle Bouie, from Flickr.
OP-ED: by Sheldon Richman.
Made available from The Center for a Stateless Society. 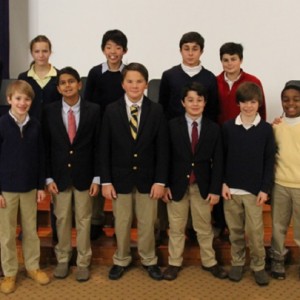 OLD BROOKVILLE, N.Y. – “Tulsa, Oklahoma grew rapidly in the early 20th century after the discovery of what natural resource...