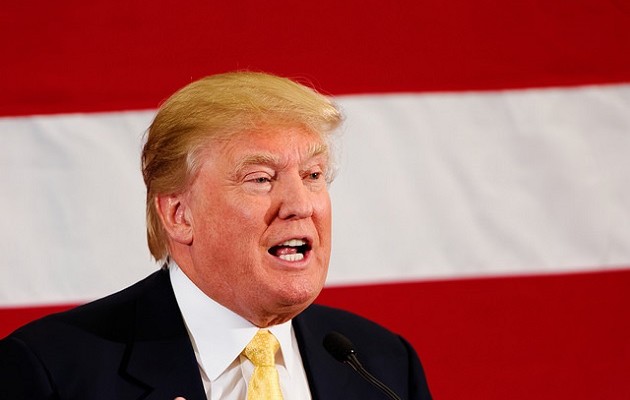 WASHINGTON – No one should need National Review‘s advice to steer clear of Donald Trump. For one thing, the messenger is a curious one indeed. Although Trump doesn’t talk like a neoconservative Wilsonian, he has not cleanly separated himself from that faction either.

Yes, he courageously recommended against invading Iraq — a year after the invasion took place. But now he says he’d bomb the “shit” out of the Islamic State (or “kick ISIS ass,” as celebrity endorser Sarah Palin words it), “take the oil,” and get out, though it’s unclear how one would take the oil without staying on for a spell.

Trump also says the Iran nuclear deal — the very one that commits Iran to forswear a weapon it had no intention of building — is the worst thing President Obama could have done to … Israel. Now there’s a pronouncement to warm the cockles of neoconservative hearts. And no one challenged Trump when he made up the “fact” that the deal commits the United States to defending Iran against an Israeli attack. Since Syria is allied with Iran, how long could we count on Trump to abstain from regime-change?

To his credit Trump seems less than enthusiastic about a war with Russia, which certainly makes him look good next to Marco Rubio, Jeb Bush, Chris Christie, and Hillary Clinton. (Ted Cruz apparently would confront Russia only over Ukraine.)

But I’m less confident in Trump where China is concerned. China irritates Trump — he thinks it’s taking “our [sic] jobs” — and who would bet that Commander-in-Chief Trump wouldn’t be willing to go to the brink with China during the trade war his proposed 45 percent tariff would ignite?

The neoconservatives overlook another point they share with Trump: the lust for national greatness. Surely they have not forgotten Trump’s goal to “Make America Great Again,” though if they only heard (rather than read) the slogan, they’d be forgiven for thinking he said, “Make America Grate Again.” Either way, cowing other countries is his strategy.

Neocons, too, are all about national greatness. Like America’s founders, they don’t want Americans preoccupied with their small concerns, like making a living, to the neglect of their classical republican duty to the greater good. War is the neocon way of focusing the people on what really matters. Trump brags he will be so pro-military that “no one will mess with us.” It’s a short step to discovering the virtues of war. Meanwhile, he’ll spend trillions rebuilding the infrastructure — more eminent domain — to make America great.

“A nation which makes greatness its polestar can never be free,” Abraham Bishop said in early days of the republic. That’s why I want to be in the corner furthest from both Trump and the National Review/Weekly Standard complex.

In other respects as well, Trump shares many things with mainline conservatism. Trump denigrates individual rights whenever he bashes immigrants and free trade. His excuse for why someone born in another country must have government permission — government! permission! — before relocating to the United States is that without a militarized walled border we’d have no country. But it wouldn’t mean that at all. It would mean we’d have a freer country. Likewise if we leave the 11 million people without papers alone instead of creating a police state to deport them. Someone who sees government as the great permission-giver is not someone I want in charge. (Okay, I don’t want anyone in charge.)

The trade issue requires some nuance, for which Trump and his followers have no patience. It doesn’t take much to see that “free-trade agreements” are not about free trade. Rather, as Trump glimpses, they establish managed trade on behalf of giant, well-connected corporate entities. (The cornerstone is U.S.-imposed IP regimes for developing economies — who controls ideas controls people and property.) Trade benefits both parties.

But the fraud of “free-trade agreements” should not put us off actual free trade. You and I ought to be able to buy from and sell to anyone we please without Trump’s permission.

The bankrupt political establishment has given us Trump as surely as Victor Frankenstein gave his community the monster. I’m all for revolting against the establishment, but we will regret making the authoritarian and boorish Trump the standard bearer of that revolt.

PHOTO: Michael Vadon, from Flickr.
OP-ED: by Sheldon Richman.
Made available from The Center for a Stateless Society. 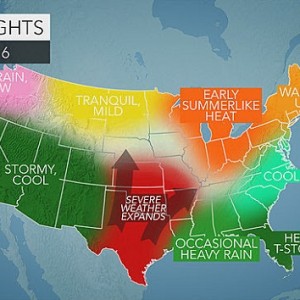