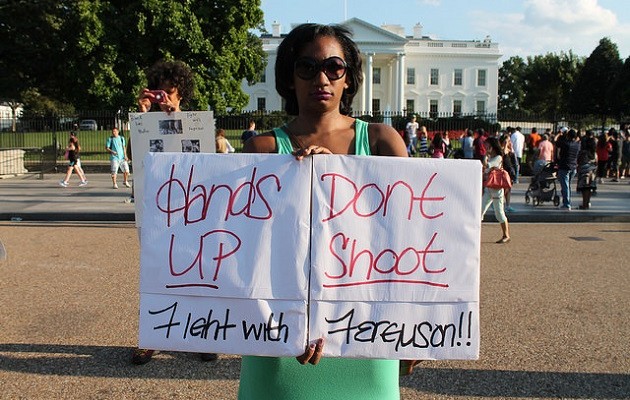 Ferguson, M.O. – Back in August 2014 a man named Michael Brown was shot by a police officer, Darren Wilson. Brown was unarmed and found himself in the hostile climate that exists between people of color and the police. His resulting death was the spark that lit the fire. Protests for#BlackLivesMatter began in earnest, people rallied for justice for Brown (Wilson was eventually acquitted of any wrong-doing) and in general, folks were deeply upset with the city of Ferguson.

Whether Brown’s actions warranted the almost 10 shots he received by officer Wilson, the background context of the event couldn’t be denied. Even the Department of Justice (DoJ) noted, to quote CBS, “a portrait of poor community-police relations, ineffective communication among the more than 50 law enforcement agencies that responded, police orders that infringed on First Amendment rights, and military-style tactics that antagonized demonstrators.”

The DoJ also remarked on a broad pattern of discrimination by the Ferguson police, particularly towards people of color.

What has changed in over a year and a half?

In September, CBS reported that, “Missouri Gov. Jay Nixon recommended the consolidation of police departments and municipal courts in the St. Louis area, and decreasing the use of police force.”

But more recently and perhaps more promisingly to some, there has been a proposed agreement between the DoJ and the City of Ferguson. If approved, this agreement would postpone any sort of federal lawsuit and make changes to local policies concerning the police. CBS reported that the proposal was even brought before the public for “feedback” before its approval.

Policy changes could include mandatory body cameras and microphones for police and their cruisers. In addition, there could be more thorough training of police and possible revisions of municipal codes that allow the City of Ferguson to jail people who can’t afford fines.

But as fellow C4SS writer Thomas L. Knapp wrote back in December of 2014, when it comes to body cameras and the like, “Video technology is certainly part of the solution to police violence, but that solution should remain in the hands of regular people, not the state. … Cops need to be on cameras they don’t control.”

Why would we want the police to regulate themselves on how well they’re doing? A recent example of Chicago police officers tampering with their dash cams is just the tip of the iceberg. Somehow police often “mysteriously” can’t find evidence against themselves. It seems unlikely that it’d be any different in Ferguson.

Likewise, though there’d be more thorough training of the police, who would it be by? Otherpolice? That’s likely the end result of this supposed “thorough” training that may teach “tolerance” for the disabled and marginalized. But acceptance is a lot more meaningful than tolerance, and how can we expect either to be taught to the police in any case?

Lastly, it seems unlikely that the city would, for some reason, stop imprisoning less fortunate citizens. If they’re able to make money off of these prisoners, why would they stop it? It seems akin to asking cops to stop profiting from traffic stops.

It’s a nice gesture to let the public “look” at the document before it’s actually passed.

But that’s all it is, a gesture.
Real change won’t come from the fox guarding the hen house. Real change will come from communities coming together and modeling their efforts less on busy-body neighborhood watches and more like the Black Panthers.

Further, community involvement shouldn’t aid prisons and punishment but rather should entice restitution and resolve.

To do that, my advice is simple: Abolish the police!

PHOTO: Elvert Barnes, from Flickr.
OP-ED: by Nick Ford.
Made available from The Center for a Stateless Society. 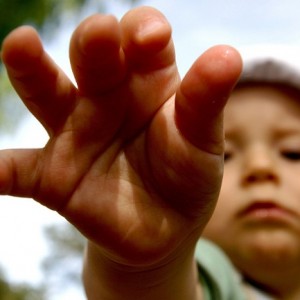 CANANDAIGUA, N.Y. - The state of New York plans to revamp the way it trains child welfare caseworkers. The Office of Children...