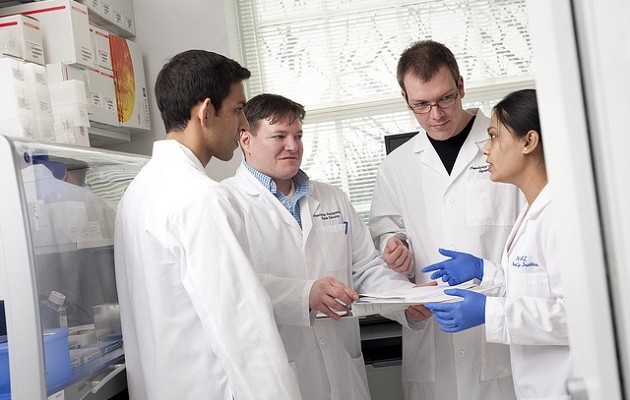 WASHINGTON – In an editorial at the New England Journal of Medicine (“Data Sharing,” Jan. 21), Dan Longo and Jeffrey Drazen have coined an interesting new term: “research parasite.” In theory, the authors say: Data sharing is beautiful. But when you get down to all the practical details, it turns out to be one of those beautiful theories that just won’t work in the real world. “The first concern is that someone not involved in the generation and collection of the data may not understand the choices made in defining the parameters.”

Of even greater concern, though, is the possibility “that a new class of research person will emerge — people who had nothing to do with the design and execution of the study but use another group’s data for their own ends, possibly stealing from the research productivity planned by the data gatherers, or even use the data to try to disprove what the original investigators had posited. There is concern among some front-line researchers that the system will be taken over by what some researchers have characterized as ‘research parasites.’”

From the beginnings of Western experimental science (illustrated in legend by Galileo’s test of Aristotle’s Physics by dropping balls off the Tower of Pisa), its ethos has centered on full transparency and the free sharing of information. The Royal Society’s motto, dating back to the international scientific community of the 17th century, was “nullus in verba”: “take nobody’s word for it.”

This open-source ethos of science was described by the science fiction writer Kim Stanley Robinson in Blue Mars:

“So public, so explicit … And for any given problem in science, the people who were actually out there on the edge making progress constituted a special group, of a few hundred at most — often with a core group of synthesists and innovators that was no more than a dozen people in all the worlds — inventing a new jargon of their dialect to convey their new insights, arguing over results, suggesting new avenues of investigation, giving each other jobs in labs, meeting at conferences specially devoted to the topic — talking to each other, in all the media there were. And there in the labs and the conference bars the work went forward, as a dialogues of people who understood the issues…

“And all this vast articulated structure of a culture stood out in the open sun of day, accessible to anyone who wanted to join, who was willing and able to do the work; there were no secrets, there were no closed shops…”

The international scientific community, from its beginnings, has been characterized by the free sharing of knowledge, and its open availability for testing or further development by others, without regard to national borders.

Against this backdrop, Longo and Drazen’s fear of “stealing from the research productivity planned by the data gatherers” takes on special significance. What they’re talking about is a property in knowledge, or to be more specific an exclusive right to profit from that knowledge on the part of those who own it. Corporate boundaries are the closest equivalent, in today’s global economy, to national borders. And the corporate enclosure of knowledge — of research data — is as much an abomination against the freedom of inquiry as is the classification of research by the military-industrial complex today — or as the erection of national borders against the free of knowledge would have been in Newton’s time.

There’s a popular phrase — “Steam Engine Time” — for the tendency of epochal inventions like the steam engine and the radio to be developed independently by several people at the same time. The reason is that, with all the technical prerequisites or building blocks for an invention in place, the existence of the body of social knowledge itself takes on a productive force of its own. What’s at work is what still others call the “Shoulders of Giants Effect”: The dependence of new discoveries on previous knowledge, or the fertility of ideas when they interconnect and give birth to new combinations of ideas greater than the sum of the parts.

Make no mistake: What Longo and Drazen are talking about is erecting toll-booths to impede the sharing and building upon of knowledge. It is the use of the state’s coercive authority to enforce “property” rights in knowledge, so that proprietary research institutions like government and corporate laboratories can levy tribute on the productive use of knowledge acquired within their walls. It is a death blow to the productivity of social knowledge that is at the very heart of science.

PHOTO: National Eye Institute, from Flickr.
OP-ED: by Kevin Carson.
Made available from The Center for a Stateless Society. 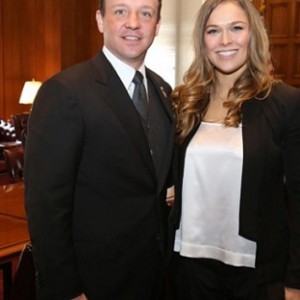