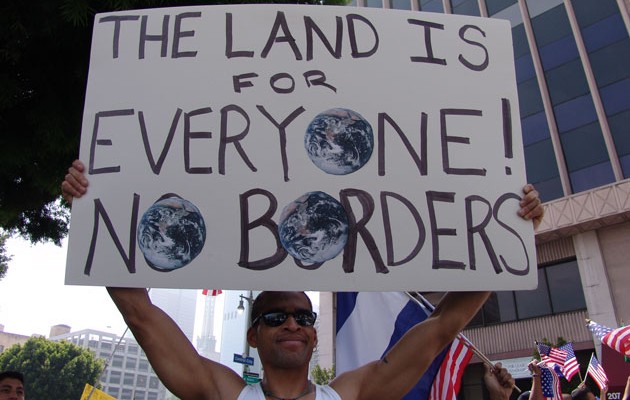 There’s no necessary contradiction between the last goal and the first two. Perhaps Ingraham believes that the government should be much less active in most areas other than immigration control and that these areas should receive much less funding. But there’s certainly a tension between favoring small government and welcoming the kinds of programs Ingraham says she favors.

So-called “border security” measures necessarily involve the increased militarization of the country’s borders, with increased risk of lethal violence. They involve more, and more extensive, intrusions into people’s privacy, and increased inconvenience for travelers, as those who cross borders are subjected to more rigorous scrutiny and tracked more carefully. And of course they cost a lot — and they’re funded using ordinary Americans’ taxes. Border security means big government.

Programs designed to keep people without US government permission from working in the United States lead to invasive monitoring of workplaces, the creation of privacy-threatening government databases, interference with freedom of contract between workers and employers, ICE raids on workplaces and the detention or imprisonment of workers without the right papers, and the solidification of the principle that the government ultimately has the authority to determine who really has the right to work. And, again, these programs are tax-funded, which means that ordinary Americans pay for them. Putting American workers first in the way Ingraham prefers means big government.

Republican presidential candidate Ted Cruz seems to take a view of protecting workers like Ingraham’s. Cruz mocks those who favor reducing immigration restrictions, suggesting that lawyers, bankers, and journalists would endorse border controls if immigrants threatened their jobs. “Then we would see stories about the economic calamity that is befalling our nation,” he says.

Using force to keep people from moving across arbitrary borders imposes great human costs with no satisfactory justification. It interferes with consensual relationships between migrants and those who wish to offer them work or housing. And that’s enough to make it deeply troubling. But the fact is that immigration controls aren’t just objectionable because of the costs they impose on migrants and on those with whom they would like to do business.

Immigration critics act as if the economy were a zero-sum game, one in which gains to immigrants represented losses to other workers. But the critics ignore both the pluses immigrants’ work confers on consumers and the overall gains it helps to realize for most workers. Immigrants help grow the domestic and world economy economy, in part because they are more productive in America’s more technologically advanced economic environment. They contribute consistently and predictably to the production of valued goods and services. Their remittances — the monetary gifts they send to their former countries — can help to alleviate poverty in their home countries. Economists have shown repeatedly that their presence yields wide-ranging economic advantages to large numbers of those who already belong to the societies they join. Immigration isn’t a calamity: it’s a boon.

Respect for persons means letting immigrants freely conclude work and housing agreements with people who want to contract with them. Taking the insights of economics seriously means recognizing that immigrants grow the economic pie in ways that are good for many, many people other than themselves. Besides, immigration is a crucial way for people to escape lives of poverty. And these considerations should be sufficient to prompt openness to freer immigration policies.

But even people who aren’t convinced by these considerations should see that controlling immigration in the way Ingraham and Cruz, among others, would like involves making government more powerful, more intrusive. If you’re opposed to big government because it’s costly and intrusive, you have every reason to embrace immigration freedom.

Gary Chartier is Professor of Law and Business Ethics, and Associate Dean of the Tom and Vi Zapara School of Business at La Sierra University and a senior fellow and trustee of the Center for a Stateless Society. He is the author of Anarchy and Legal Order (Cambridge 2013), Radicalizing Rawls (Palgrave 2014), Economic Justice and Natural Law (Cambridge 2009), The Conscience of an Anarchist (Cobden 2011), and The Analogy of Love (Imprint Academic 2007) and the co-editor (with Charles W. Johnson) of Markets Not Capitalism (Minor-Compositions-Autonomedia 2011). His byline has appeared nearly forty times in journals including the Oxford Journal of Legal Studies, Legal Theory, and Law and Philosophy. He holds a PhD from the University of Cambridge and a JD from UCLA. Website: http://liberalaw.blogspot.com

PHOTO: The Progressive Pulse , from NC Policy Watch.
OP-ED: by Gary Chartier.
Made available from The Center for a Stateless Society. 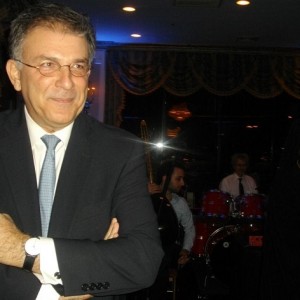