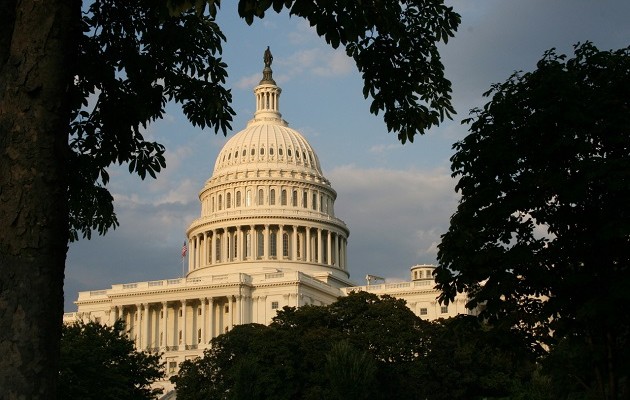 NEW YORK, N.Y. – Government is more than a territorial monopoly on aggressive force. It’s also the heir to a centuries-old manufactured mystique, reinforced through its schools and other institutions, regarding its sanctity and sacrosanctity. The mystique is generated by and tends to manifest itself in the dogma that one’s State is uniquely virtuous and deserves to be judged by standards applicable to no one and nothing else. This is hardly less true of secular states than it was during the time of the divine right of kings. In some important ways, people have not gotten over that principle.

It long been recognized that governments cannot reign merely through brute force. There are too few rulers. So they need help in achieving popular compliance, and they find it in ideology. It is state ideology, the indispensable dogma, that creates the aura of sanctity. Where once people believed the ruler was the deity’s representative, in today’s democratic republics, they believe their rulers are their representatives. But it’s the same scam, perpetrated by rulers and their high priests in the intelligentsia, to maximize subordination and minimize resistance.

Ideology in this context means something much deeper than what is usually meant. It does not refer to the approaches known as “conservatism” and “liberalism,” or the differences between those who want “big government” and those who want “limited government.” It refers rather to the deeper view that The State with its authority to threaten and wield violence is indispensable and intrinsically virtuous, as nothing else can be. Therefore it is not to be judged (PDF) as we judge other people and institutions. When someone does wrong in office — a Nixon, say — it is chalked up as an abuse of power. Power itself is beyond reproach.

As I said, this mystique is taught and reinforced in the government’s schools, which goes far to explain why governments want to control education. But other institutions stand ready to support The State — that is, the permanent regime that endures regardless of party or personality. The establishment news media are among its chief boosters and conveyors of the dogma. Their owners and personnel have career and financial reasons for not questioning the government’s ultimate authority, but they also have the same reasons most other people have: their acculturation included indoctrination in the official dogma.

For those who wield power and those who profit by being near it, the system works well. If you seek evidence, look around. Notice, to pick the most recent example, how this week’s naval run-in with Iran was received. Two U.S. naval boats entered Iranian territorial waters. The 10 sailors aboard were picked up by the Iranian navy. They were freed the next day with a conciliatory statement. Even though the U.S. government early on acknowledged that the boats had violated Iranian territory (with shifting explanations), the news media played down that fact as long at they could and spent their time trying to inflame the public about this affront to America. When Iran released video of the sailors being taken into custody — on their knees with their hands behind their heads — and of a sailor apologizing for the “mistake” — while the others sat on the floor, the one woman among them wearing a headscarf — we were informed by CNN and no doubt the other outlets that we ought to be shocked and humiliated. And undoubtedly many Americans were. (Judging by the responses to my skeptical tweets, people were fuming.)

Since the media were slow to inform us that the armed boats had crossed into Iranian waters near the militarily sensitive Farsi Island in the Persian Gulf (a long way from the United States), viewers and readers could rail against Iranian “aggression.” But once word got out that it was the United States that had violated Iranian territory, the outrage did not subside. In other words, it didn’t matter what the U.S. military did. America could not be at fault regardless of what had happened. Under no conceivable circumstances could anyone be justified in detaining American sailors or expecting an apology from the United States. Doing so is a casus belli. (The U.S. government refused to apologize to Iran in 1988 after the Navy shot down an Iranian civilian airliner, killing 274 people, during Saddam Hussein and Iraq’s U.S.-backed war against Iran. Then-Vice President George H. W. Bush said at the UN, “I will never apologize for the United States — I don’t care what the facts are.”) That Barack Obama did not respond firmly to Iran this week — militarily or at least by suspending the scheduled relaxing of sanctions under the Iran nuclear agreement — was grounds in many people’s eyes for calling him an appeaser.

Don’t expect people to ask what they would be saying if the tables were turned and Iranian boats had entered U.S. territorial waters. No, that would imply there is one standard for all — and that would violate the official dogma, which in the American variation means the United States is the exceptional nation: it alone gets to make and enforce its own rules. Territorial waters, especially ours, are for other countries to respect. It’s instructive to contemplate that had Iranian boats crossed into American waters and a president responded exactly as the Iranian regime did — freeing the unharmed sailors the next day — in some quarters that president would have been accused of appeasement. Many Americans would be too caught up in war fever to demand an apology.

The unconscious hypocrisy was extended when Iran was accused of violating the Geneva Conventions and international law generally by showing the sailors and the apology on television. All of a sudden Americans are sticklers for international law, which mattered little when the U.S. government was launching illegal wars of aggression (still being waged), torturing prisoners, and indefinitely detaining suspects seized far from any battlefield. (Common Article 3 of the Geneva Conventions forbids torturing any prisoners, uniformed or not.) In the eyes of most Americans, the American State can do that and anything else — because it’s the American State.

This is where The State leads. A self-declared and self-enforced monopoly on force is bound to generate a self-perpetuating dogma that induces people to suspend their critical faculties and countenance a double moral standard, not to mention atrocities. Those are sufficient grounds to work for the abolition of The State.

PHOTO: Randy mcwilson/Freeimages.
OP-ED: by Sheldon Richman.
Made available from The Center for a Stateless Society. 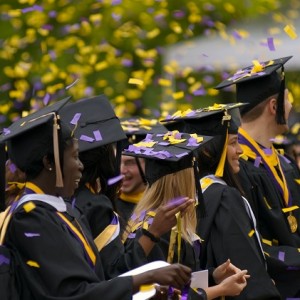 ALBANY, N.Y. - A new brief recommends changes in federal policies that would help low-income families save for their children's...