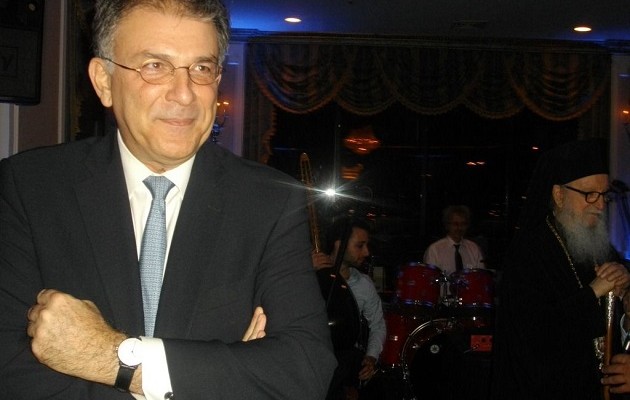 NEW YORK, NY – Mark Twain’s immortal words,“The reports of my death have been greatly exaggerated” came to my mind the minute I heard the first sentences of Greek Consul General Georgios Iliopoulos, spoken during an interview conducted last week in his office in the Greek Consul General Building located in the upper East Side of Manhattan.

“Those who have written off Greece, an EU {European Union, a post World War 2 political and economic coalition currently consisting of 28 primarily European member states} member since 1981, as a declining nation facing an insurmountable financial crisis are oblivious to the incredible historical strength, fortitude and resilience of the Greek people. History teaches that Greece possesses the determination and ability to overcome even the most challenging problems…. The future of Greece, I am confident, will prove worthy of her past”, Iliopoulos asserted.

The financial crisis the Consul General was referring to began when Greece and its Euro- Zone (EZ, a subset of the EU, containing 18 member states) partners were struck by the tsunami of the global financial crisis in 2008, just seven years after this 5,000 year old nation joined the EZ. While this financial crisis resulted in many of the other EZ nations experiencing deep recessions, Greece, one of its poorest nations, suffered a financial collapse economists likened to that of the great depression that struck the United States during the late 1920’s and lasted for approximately fifteen years.

Alarmingly, unlike most of the other member nations of the EZ, whose economies have strongly rebounded since 2008, Greece’s has shown little sign of recovery. Rather with a national debt, most of which is owed to the EZ, constituting 177% of the GDP and an unemployment rate hovering around 25%, Greece has been largely written off as a hopeless economic basket case by many of its critics in the European financial and diplomatic community.

Iliopoulos, however, sees the current financial outlook of Greece as any thing but hopeless. After reiterating his belief in the strength of the Greek people, the Consul General stated, “We have initiated important and painful but necessary steps to get our economy back on track and regain our stature as a solid economic force in Europe”. Those steps, specified Iliopoulos, included recapitalizing and privatizing the four largest systemic Greek banks, encouraging domestic and foreign business investments through the simplification of tax codes and incrementally paying off the nation’s enormous national debt and restarting the economy’s energy sector.

Iliopoulus offered specific data to demonstrate that these reforms were already beginning to succeed. “The primary surplus {current government spending less current income from taxes, excluding interest paid on government debt}…. is meeting the creditors’ expectations and reached 5.4 billion Euros for the period of January to November 2015, a figure almost double the primary surplus of the same period of 2014. Industrial production index [the measurement for total business output} is also coming back. {It} increased by 2% in November 2015.’’

Iliopoulos also noted that the nation has experienced a recent boom in tourism, which he believes bodes well for the country’s economic future. “A very encouraging sign”, he postulated, “that the economy has the potential to rebound sooner {than many in Europe forecast } is the record number of more than 26 million tourists that visited Greece this past summer.” Iliopoulus explained that this increased rate of tourism brings in a much needed foreign cash flow into the Greek economy and, in addition, is an important reflection of the positive feelings that world tourists continue to possess for Greece. 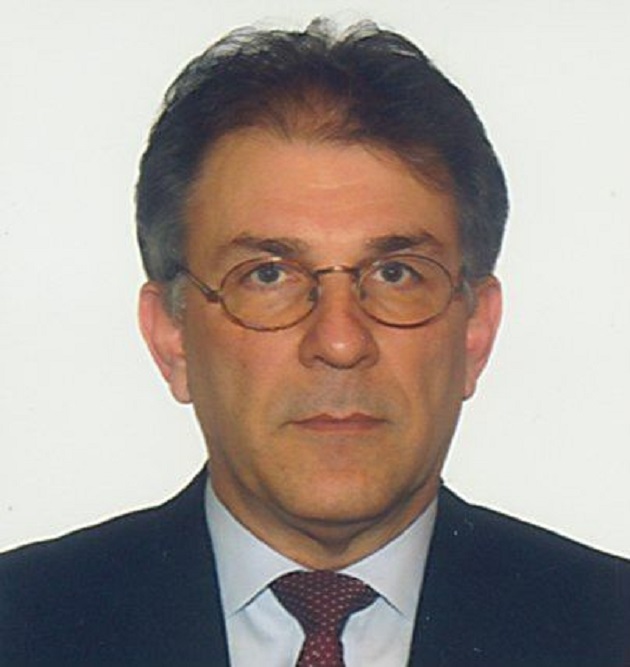 Still, to many in Europe, it is the earlier referred to energy sector which offers the most intriguing potential to be a financial game changer for Greece. While this Mediterranean nation of 11 million people currently imports approximately 2 and a half- times the number of barrels of oil per day than it exports, the government has recently taken steps to alter that equation. After a fifteen year governmental ban, Greece in 2012 began a major effort to explore for the potential massive oil and gas reserves thought to be hidden within the boundaries of Greek waters in the Mediterranean Ocean, most promisingly in its waters off the southern coast of Crete. “ We are already partnering with important companies from other nations including Israel, Norway and America”, explained Iliopoulos, “to discover what some experts in the energy industry conjecture can be very important deposits of exploitable gas and oil. If this is proven true, the picture will change dramatically”.

Iliopoulos elaborated that Greece’s favorable geography and stable form of democratic government puts her in the position to be an energy fulcrum for a broad range of nations. “Greece’s position in the southeast of Europe strengthens”, he contended”, its role as a beacon of stability in an unstable area and reinforces its potential as an energy hub connecting the East Mediterranean to Europe. To this end”, he added, “ partnerships are being built with Israel, Cyprus and Egypt.”

Iliopoulos, 54, the married father of two, told me he also believes that Greece can look to its long friendship with America for inspiration as it attempts to weather its current crisis. Official Greek and American relations began almost two centuries ago, when in 1837 America, while generally avoiding involvement with most European nations, appointed its first consul general to Greece; and that relationship developed further in 1868, when America, while just in the beginning stages of its painful post Civil War reconstruction period, established full diplomatic relations with Greece.

Reflecting on today’s relevance of that historical relationship Iliopoulos stated, “ The leaders of America and Greece realized even back then, especially in 1868, three years after the end of the American Civil War, that their relationship and friendship were special and natural…. Both were among the few functioning democratic nations in the world at the time, and both shared the common belief in the inalienable rights of all human beings, beliefs we share today, which continue to bind us and inspire us.”

Iliopoulos added that he believes that America’s past and current military alliances with Greece also continue to bind these two nations.

In the past one hundred years those alliances covered the two World Wars, the Korean War and the Cold War, as well as the conflicts in Bosnia, Kosovo and the current on-going war against terrorism. (While not militarily involved in the War In Vietnam, Greece through the multi- national Free World Assistance Program provided medical and other non-combat support to America’s ally South Vietnam.)

“We are among one of the few nations in the world which can honestly and very proudly claim that, unlike many other conveniently latecomers, we have been credible, reliable trustworthy allies to the U.S. in every war in recent history, including the war on terrorism”, stated Iliopoulos.

Since 9/11 the Consul General made a point to emphasize that the Greek and American governments have worked closely together to fight global terrorism. “ After 9/11, we learned”, he stated, “ that America along with Greece and the entire free world faces an enemy intent on the destruction of civilization as we know it today. Therefore, in the war against terrorism, we continue our long friendship and alliance with the U.S., just as we have done in every war {America} fought in the 20th and 21st centuries. And like those before it, this war will be won”. 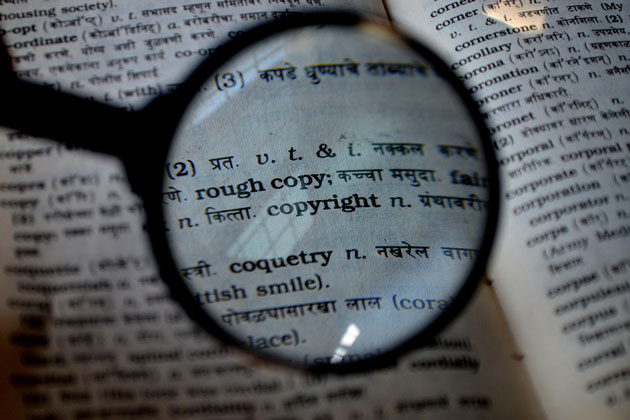 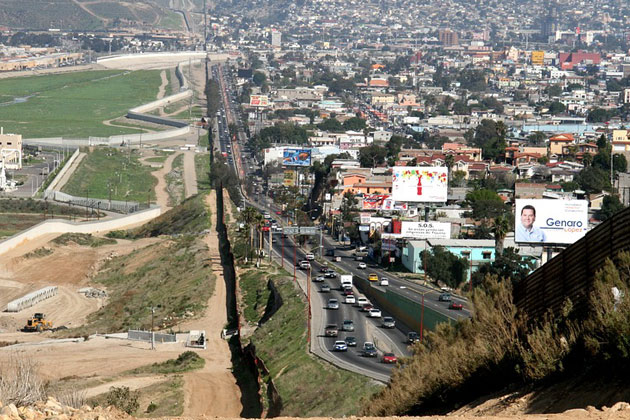 Borders Are Bad: Sanctuary City Theme is Trademark of Those Who See All Who Set Foot on Our Soil as “Citizens” 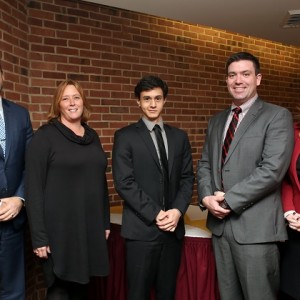