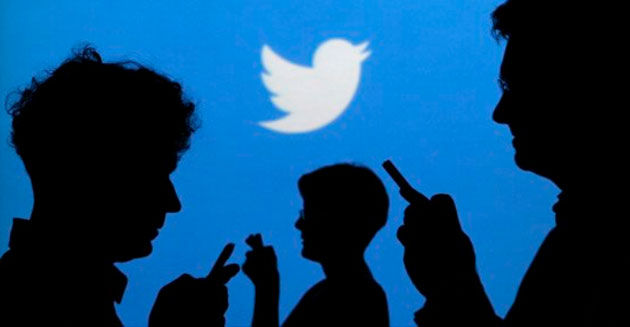 NEW YORK, NY – As if Thomas Sowell weren’t sufficient to demonstrate the intellectual bankruptcy of pro-capitalist apologetics, we now have corporate apologists trolling the #ResistCapitalism hashtag on Twitter. Although most of the people using it today seem to think it’s an original piece of wit they just came up with on their own, the “Lookit them tweeting #ResistCapitalism on their iPhones” meme appeared in identical form three years ago, in reference to Occupy using social media as an organizing tool. If it evidenced mediocre critical thinking skills back then, what does it say about those who resurrect it now?

To see just how stupid this “argument” is, we only have to imagine its equivalent being used by apologists for other class systems throughout history. Imagine an apologist for the classical Roman slave system addressing a proletarian critic of the system: “Why, the very grain dole you live on was produced by slave labor on a latifundium!” Imagine an apologist for the Soviet planned economy mocking a dissident for advocating free markets — on a typewriter manufactured by centrally-planned state industry.

Yes, we’re quite aware that those iPhones are produced by Apple. Or rather, produced by workers in independent job shops in Asia, with Apple’s actual “contribution” being simply to use its ownership of patents and trademarks to set up a toll gate between the people who make them and the people who use them. It’s hard to see the corporation’s role in all this as anything but parasitic.

On top of everything else, the “anti-capitalists on iPhones, huh huh, huh huh” meme displays total ignorance of actual radical critiques of capitalism. In the Communist Manifesto, Marx and Engels praised capitalism for the unprecedented productive forces it had unleashed since the beginning of the Industrial Revolution just a few decades earlier. And Marx argued, in A Contribution to the Critique of Political Economy, that systems of class domination like feudalism and capitalism were “epochs marking progress in the economic development of society.” Such systems of domination persisted so long as they were progressive in furthering the development of productive forces, and would come to an end only when the productive forces to which they had given rise were too great to be contained within the old social relations of production. And thinkers like Antonio Negri, Nick Dyer-Witheford and Paul Mason see peer production and networks as having a dual nature: they are absolutely necessary for capitalism’s further development, but their own full development is ultimately incompatible with capitalism’s continued existence.

The idea of a system giving rise to the seeds of its successor system is just Marxian Dialectics 101.

The irony is that Marx and his followers give capitalism far more credit than I do for its role in “unleashing productive forces.” Unlike Marx, I’m not a historical materialist who sees each successive system of class domination as a necessary stage for developing productive forces, which has to be passed through before productive technology finally lays the material basis necessary for freedom and abundance to exist. As an anarchist, I believe freedom and cooperation are not only possible, but more productive, in every day and age. Abundance is not something that has to be created by long epochs of coercion and slavery, before the material foundations for freedom have been laid.

Western capitalism, like the state communism of the USSR and the Soviet bloc, has been largely parasitic on the creativity of ordinary people working together as equals, and has put their creativity to far less productive use than they would have done themselves. Since the beginning of the Industrial Revolution, capitalists have adopted new technologies and organized production mainly with a view to making it easier to impose discipline on the labor force and extract a surplus from it, rather than increasing productivity for its own sake. In fact it has sabotaged genuinely more productive technologies by using them in sub-optimal ways, because their most efficient use was incompatible with the needs of capital.

For example, the most suitable use of electrically powered machinery, after the invention of the electric motor, would have been craft production in small shops integrated into local agro-industrial villages, of the sort envisioned by Kropotkin in Fields, Factories and Workshops. Instead the new corporate economy, created by an unholy alliance between the state and capital, harnessed the new technology in a highly inefficient and wasteful, centralized mass-production economy that essentially threw away the unique advantages of electricity.

Fifty years ago, Paul Goodman wrote that “A system destroys its competitors by preempting the means and channels, and then proves that it is the only conceivable mode of operating.” Fortunately there are glitches in the Matrix, and those who can’t conceive of any other system are rapidly becoming outnumbered by those who can.

Kevin Carson is a senior fellow of the Center for a Stateless Society (c4ss.org) and holds the Center’s Karl Hess Chair in Social Theory. He is a mutualist and individualist anarchist whose written work includes Studies in Mutualist Political Economy, Organization Theory: A Libertarian Perspective, and The Homebrew Industrial Revolution: A Low-Overhead Manifesto, all of which are freely available online. Carson has also written for such print publications as The Freeman: Ideas on Liberty and a variety of internet-based journals and blogs, including Just Things, The Art of the Possible, the P2P Foundation, and his own Mutualist Blog.

PHOTO: (TWITTER) Images vctv_images
OP-ED: by Kevin Carson.
Made available from The Center for a Stateless Society.

Lupinacci And American Legion To Support Veterans In Need 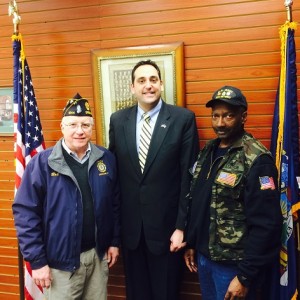 Lupinacci And American Legion To Support Veterans In Need