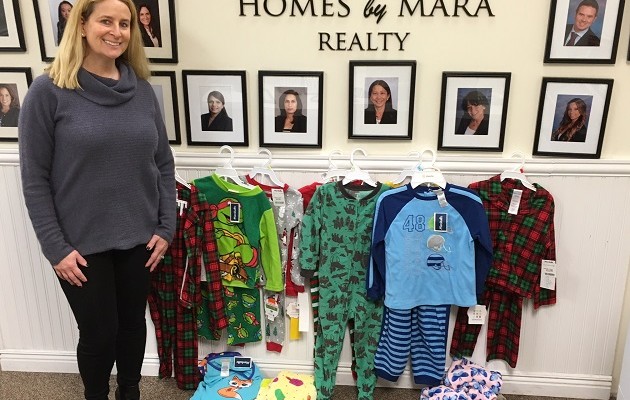 Syosset, N.Y. – January 14, 2016 –Realtor Mara Navaretta of Woodbury and her agency, Homes By Mara Realty in Syosset, helped lift the spirits of children suffering chronic illness in hospitals over the holidays through their participation in nonprofit The Ashley Wade Foundation’s Jakes Jammies pajama drive. From November 1, 2015 through December 20, 2015, Navaretta and her agents sponsored the collection of new store bought pajamas, which resulted with Homes By Mara drawing over 300 pajamas that were turned over to Ashley Wade of Massapequa Park, founder of The Ashley Wade Foundation, to be distributed to children braving chronic or life threatening illness in area hospitals over the holidays. Among local hospitals that were given Homes By Mara’s collected pajamas for their child patients braving chronic illness were Good Samaritan in Islip and Winthrop University Hospital in Mineola. Additionally, some of the Jake’s Jammies pajamas collected by Homes By Mara will be donated to The Ronald McDonald House of Long Island this March 2016.

Upon kicking off Jake’s Jammies pajama drive, Navaretta and several of her agents got a head-start on their collection by contributing their own store bought pajamas to the drive, which was followed by an outpouring of support and donations made by the Long Island community at large. As part of Navaretta’s full fledge support of Jake’s Jammies, Navaretta and several of her agents attended the Ashley Wade Foundation’s annual Holiday Party for local families struggling with children battling chronic illness, where Navaretta and her agents met the family of two-year-old Jake Matthew Staniszewski, who lost his battle with cancer in 2014 and of whom Jake’s Jammies is named after. They also met with some of the families their sponsored Jake’s Jammies drive was supporting. 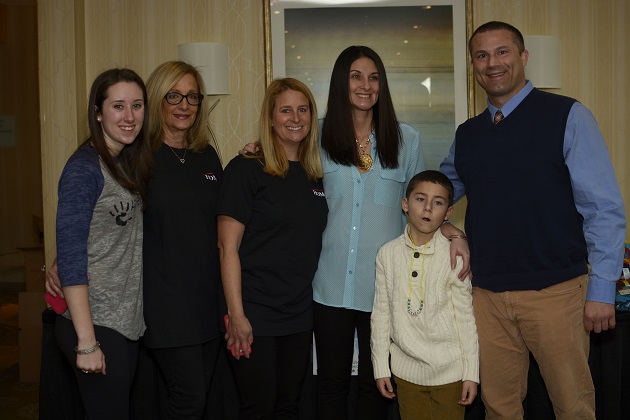 “Jake was a really special boy to me so it was important for me to get as much support for Jake’s Jammies as possible,” explains Wade. “Mara was one of the first people to get on board in supporting my Jake’s Jammies launch. She and her agents not only went above and beyond with collecting pajamas themselves while rallying the community to join in their effort but they also made it a point to attend my annual Holiday Party so they could meet with the actual children and families they were supporting.”

“It is with great honor and privilege that we participated in the Ashley Wade Foundation’s Jake’s Jammies pajama drive,” explains Navaretta, who has an 11-year-old daughter. “Being a mother myself, I cannot help but feel great admiration for these children and their families, who continue to show such tremendous strength and courage. It is rewarding on so many levels to be able to show our support for Jake’s Jammies and what it represents. In participating in Jake’s Jammies pajama drive, we had the unique opportunity to bring some holiday comfort and cheer to the many children battling severe illness who had no choice but to spend the holidays with their families in the hospital. It is our hope that our collected pajamas helped warm the hearts of these children and their families and reminded them that they are in our thoughts and prayers and are not alone in their fight!” 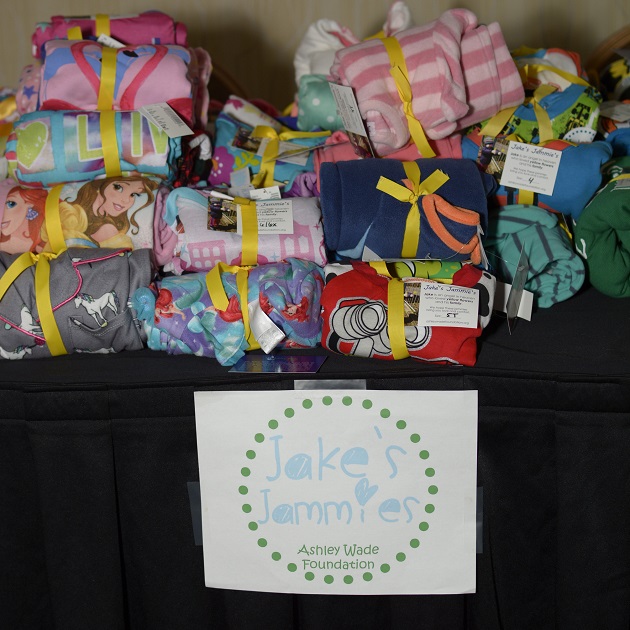 Beyond supporting Jake’s Jammies, Navaretta and her agency have also supported other charities and charitable initiatives, including regularly donating to the Children’s Brain Tumor Foundation as well as sponsoring toy and coat drives.

About Homes By Mara
Homes By Mara is a boutique real estate agency spearheaded by licensed broker and real estate veteran Mara Navaretta. Featuring a team of highly-skilled and trained agents, Homes By Mara specializes in servicing North Shore’s residential market on both the selling and buying sectors. Located at 567 Jericho Turnpike in Syosset, NY, the agency offers convenience and a turn-key solution in accommodating all real estate needs by sharing its office space with the law firm, Navaretta & Howard LLP. Navaretta and Howard, LLP has a special focus in real estate law and provides counsel and representation for all Homes by Mara agents to assure the homeowner receives quick and accurate answers to legal questions that may arise in the course of today’s real estate transaction. Also available is a concierge service that consists of recommendations for every trade associated with the real estate industry including movers and contractors. For more information about Homes By Mara, please call 516-364-2500 or visit www.homesbymara.com. 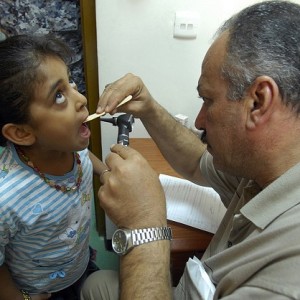