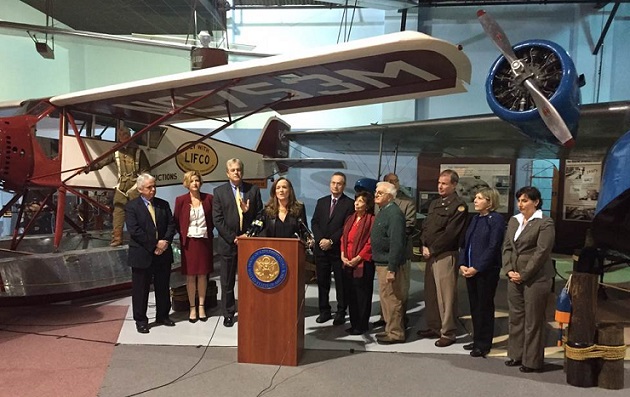 Garden City, NY – U.S. Representative Kathleen Rice joined local aviation enthusiasts today at the Cradle of Aviation Museum to introduce legislation directing the federal government to study ways to commemorate Long Island’s leading role in the development of our nation’s aviation industry and preserve significant sites related to aviation history. The bipartisan Long Island Aviation History Act, which has been cosponsored by every member of Long Island’s Congressional delegation, authorizes the Secretary of the Interior to conduct a special study in order to evaluate the national significance of Long Island’s aviation history and assess ways to preserve significant historic sites, including by formally designating parts of Long Island as a unit of the National Parks Service and by identifying sites that could qualify for designation as National Historic Landmarks. The bill also directs the Secretary to evaluate ways to enhance historical research, education and public awareness of Long Island’s aviation history. The Long Island Aviation History Act was first introduced by Rice’s predecessor, former Congresswoman Carolyn McCarthy, who developed the legislation after the idea was proposed by a resident of the fourth congressional district and National Parks Service volunteer named Adam Sackowitz.

“Long Island has played a major role in the development of our nation’s aviation industry, helping it grow from an obscure sport into the booming industry and critical national resource that it is today,” said Representative Kathleen Rice. “That history is an important piece of our identity here on Long Island, and it’s crucial that we always remember it – not only to honor the efforts of those who came before us, but to inspire us to follow their lead and keep working to ensure that Long Island remains a center of innovation and ingenuity. That’s why I’m working to pass this bipartisan bill to help ensure that our contributions to aviation history get the recognition they deserve for generations to come.”

Rice was joined today by members of Long Island’s aviation community, including Jane Gilman, whose late mother Peggy served as one of the Women Airforce Service Pilots (WASPs) during World War II, flying completed P-47 Thunderbolts from Republic to airfields near ports along the coast, where they would be disassembled and shipped overseas; Julie Lauria-Blum, a WASP historian and a curator at the Cradle of Aviation Museum; and members of the Republic Airport Historical Society.

The full text of the Long Island Aviation History Act is available here. Specific sites highlighted in the bill include the Hempstead Plains and the areas surrounding Suffolk County Air Force Base, the hamlet of Bethpage, the hamlet of Port Washington, and the village of Farmingdale:

The Hempstead Plains, known as the “Cradle of Aviation,” which housed three major airfields in the early 20th century – Roosevelt Field, Curtiss Field, and Mitchel Field – that served as important training centers for U.S. military pilots and a hub for military aircraft research, development and production during World War I. Roosevelt Field was the point of departure for Charles Lindbergh’s famous transatlantic flight in 1927, and in the 1930s, it was the busiest civilian airfield in the U.S., playing a role in many other historic transcontinental, transatlantic, and record-setting flights. In 1929, Amelia Earhart and other pioneering women pilots founded the International Organization of Women Pilots, also known as the Ninety-Nines, at Curtiss Field, and Curtiss Field also served as the terminus for transcontinental airmail from 1918-1929. Mitchel Air Force Base, located on the Hempstead Plains, served as the original location of the Air Defense Command upon its inception in 1940, and was integral to the defense of the mainland U.S. during World War II.

Port Washington, which was once known as the “Plymouth Rock” of American aviation and served as Pan American World Airways’ transatlantic hub on Manhasset Isle from 1934-1940.

The Grumman Aircraft Corporation, based in Bethpage, and the Republic Aviation Corporation, based in Farmingdale, which manufactured innovative planes for the U.S. military, including Grumman’s F6F-3 Hellcat and Republic’s P-47 Thunderbolt. Grumman also built the Lunar Module that carried the first men to the moon in 1969.

The Suffolk County Air Force Base, which in 1951 became the prime Air Defense Command base responsible for defending the New York City metropolitan area from all air attacks. 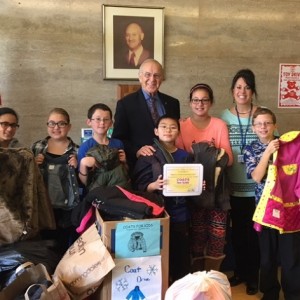