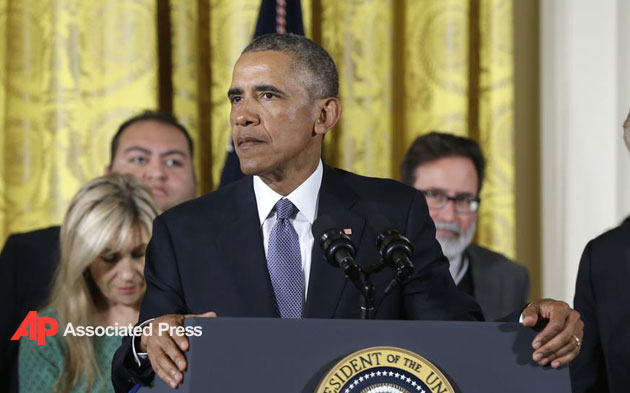 MASSACHUSETTS – President Obama has announced executive actions in response to the “outbreak” of gun violence. In particular Obama has said he’ll increase the efficiency of background checks. Obama’s reasoning comes from the belief that gun violence is on the rise.

But as Reason‘s Jesse Walker reported in early December, “More people die in mass public shootings now than in previous decades, but if you adjust for population growth that increase basically disappears.” In addition, the Pew Research Center found in October 2015 that, “Between 1993 and 2000, the gun homicide rate dropped by nearly half, from 7.0 homicides to 3.8 homicides per 100,000 people. Since then, the gun homicide rate has remained relatively flat.” And while Pew highlights an increase in suicides, I doubt this is the impetus behind Obama increasing the ability of the national background check to, “…track people who are banned from obtaining firearms for specific mental health reasons” as Policy.Mic reports.

Instead, this executive action stems from misguided fears about disabled people and their relation to firearms. As opposed to letting neurodivergent folks decide their own fate, they must instead comply with debilitating bureaucracy.

An email that the blogger Autistic Hoya received from Obama’s White House Office of Public Engagement promisingly notes the stigma that individuals with mental illness face. Yet, at the same time, the email encourages us to make sure that guns don’t fall into “the wrong hands”. Presumably, individuals with mental illness fit this description which, in effect, further stigmatizes them.

Background checks in of themselves are troublesome ways of preventing gun violence because they rely on prior arrests and convictions. This means that communities that are more heavily policed will likely face the brunt of these regulations. In particular communities made up predominately of low-income earners and people of color will be more at risk of being disarmed.

Most intrusively, as Hoya notes, this executive action would create exceptions for Health Insurance Portability and Accountability Act (HIPPA) which often keeps, “…the prying minds of anyone who randomly wants to know what STI’s or STD’s you have, when you’ve ever been prescribed psychiatric meds, etc.”

This violation of privacy could also open the way for employers and service providers to know more than mentally ill people want them to know. Perhaps they’ve taken anti-psychotics for the past few months but they’ve never been a danger to themselves or others. But the service provider in question may conflate these two things and deny them service, leading to a worsening of the individual’s mental health. And although Obama promises more funding for mental health services, details in the email are sparse. Does this mean more hospitals where abuse can happen all too easily? It’s true that prisons have become less in vogue to deal with the mentally ill, but what good is ridding ourselves of one confinement, only to replace it with another?

As Hoya notes, if we’re going to decrease the level of violence we should focus on the police and demilitarizing them. Estimates vary but according to Killed by Police‘s website around 1,200 individuals were killed by the police in 2015. And via The Guardian’s program The Counted 1,000 were murdered by mid-November while The Washington Post counted nearly 1,000 overall in 2015.

Regardless of the numbers, it’s clear that ending gun violence means starting with policeviolence. But it doesn’t stop there.

Ending gun violence is also about challenging notions of neuro-supremacy in this culture. One of which is the idea that people who aren’t neurotypical are somehow sharply inclined towards violence. This faulty premise leads to harassment of and violence against the mentally ill while justifying much of it under the law out of “necessity” and “safety”.

Let’s treat the mentally ill as the autonomous individuals they are, not scapegoats for the state.

PHOTO: Associated Press via Policy.Mic.
OP-ED: by Nicholas Ford.
Made available from The Center for a Stateless Society. 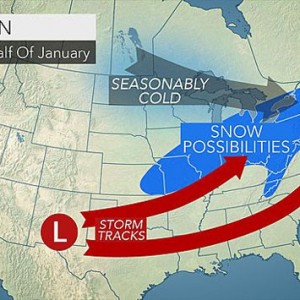 NEW YORK, NY - AccuWeather reports enough cold air will linger across the midwestern and eastern United States during the latter...