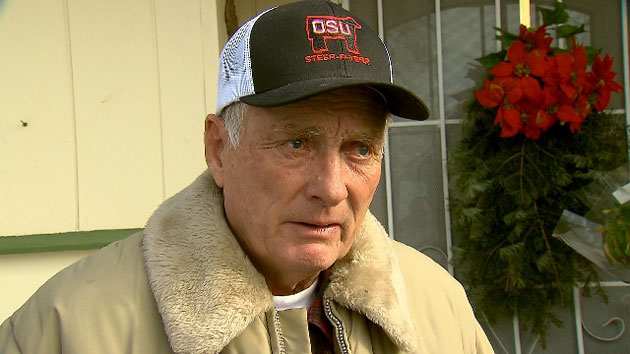 RIVERSIDE, CA – Bigotry comes in multiple forms. It’s evident at present in some progressives’ responses to events in Burns, Oregon, where protestors opposed to the jailing of ranchers Dwight and Steve Hammond are occupying a Bureau of Land Management facility.

The father and son were convicted of two counts of arson on federal land under the draconian Antiterrorism and Effective Death Penalty Act. The charges stem from fires they started on their own land which spread to adjoining terrain claimed by the federal government. The Hammonds said they started one fire, in 2001, to deal with an invasive plant species, the other, in 2006, to deal with the risk of more fires created by lightning. They put out the first themselves, while the second had to be dealt with by federal fire-fighters, already on the scene, whom it may have put at risk.

When Dwight was sentenced to three months in jail and Steve to a year and a day, the federal government appealed. On appeal, each sentence was increased to five years. The government insisted that the court follow mandatory minimum sentencing guidelines — used repeatedly to impose pointless suffering on the victims of the drug war.

The occupiers are being labeled “white terrorists” and attacked with class- and region-based smears. One occupation leader has promoted anti-Muslim protests, and the father of another has sought to whitewash slavery. But that’s not necessarily true of all the protestors, and, in any case, provides no justification for bigoted slurs — which would never be tolerated if aimed at people from cultural or ethnic backgrounds different from the protestors’. And terrorists threaten or attack noncombatants to send political messages, while there is no indication that the Burns occupiers have done this.

Progressives seem to be ignoring the injustice of mandatory minimums, even when they would likely emphasize the awfulness of the sentencing guidelines in cases in which the victims of those guidelines were more appealing. And on social media, people who might oppose police brutality and chauvinistic nationalism in other contexts label the protestors “traitors,” urge “shoot any that don’t surrender,” and call on authorities to “[m]ow them down, [and] show no mercy.”

Prisons dehumanize people, serving as instruments of brutal retaliation. No one’s liberty should be forcibly restricted unless she or he poses an ongoing, violent threat to others. So there is no cause to imprison the Hammonds, who aren’t alleged to have threatened or engaged in violence targeting anyone. If they’ve damaged anyone’s justly acquired property, they should compensate the owner and cover associated costs. (The Hammonds have been fined $400,000; it’s unclear how much of this is compensation for actual losses and how much is punitive.) Compensation is a far cry from imprisonment. (If one fire was designed to conceal evidence of killing animals, the Hammonds certainly owe compensation for the killing, and they may merit public shaming, but prison is hardly an appropriate response.)

The calls for violence against the protestors are also inappropriate because of the dodgy character of the federal claim to the land the protestors are occupying and the land on which the fires occurred. That claim rests, not on actual homesteading or voluntary transfer, but on engrossment by legislative fiat (and, in some cases, theft from just possessors). The Northern Paiute Indians may have a prior claim to some or all of the affected land. But the government isn’t acting on their behalf.

Given the slender basis for the federal claim, the government has little reason to object if people homestead the land just as they were intermittently permitted to do in the nineteenth century. If every monopolistic government is a conspiracy to steal and kill, it is certainly not entitled to claim property. And even if states are more innocent than that, they still lack legitimate authority over anyone who has not consented to their jurisdiction—which is to say, most or all people.

Thus, the occupying protestors aren’t violating the government’s legitimate property rights, just as the Hammonds themselves weren’t necessarily infringing on legitimate property rights. Some critics defend the BLM as exercising stewardship over a shared resource that can’t be individually managed. But the tracts of land claimed by the government don’t obviously need shared management. And, even if they did, the federal government, lacking legitimate authority, has not been tasked by most or all of those affected with managing the land.

The Hammonds, who pose no ongoing risk of violence, shouldn’t be imprisoned. They and their supporters shouldn’t be contemptuously dismissed because of their perceived cultural profiles. And the BLM facility and the land on which the Hammonds encroached are (if defensible prior claims are respected) ripe for homesteading, so anyone should be free to claim them using sweat equity.

End the slurs. Say no to prison. And free the Hammonds.

Gary Chartier is Professor of Law and Business Ethics, and Associate Dean of the Tom and Vi Zapara School of Business at La Sierra University and a senior fellow and trustee of the Center for a Stateless Society. He is the author of Anarchy and Legal Order (Cambridge 2013), Radicalizing Rawls (Palgrave 2014), Economic Justice and Natural Law (Cambridge 2009), The Conscience of an Anarchist (Cobden 2011), and The Analogy of Love (Imprint Academic 2007) and the co-editor (with Charles W. Johnson) of Markets Not Capitalism (Minor-Compositions-Autonomedia 2011). His byline has appeared nearly forty times in journals including the Oxford Journal of Legal Studies, Legal Theory, and Law and Philosophy. He holds a PhD from the University of Cambridge and a JD from UCLA. Website: http://liberalaw.blogspot.com

PHOTO: Dwight Hammond, (Jan. 2, 2016, KOIN-6).
OP-ED: by Gary Chartier.
Made available from The Center for a Stateless Society. 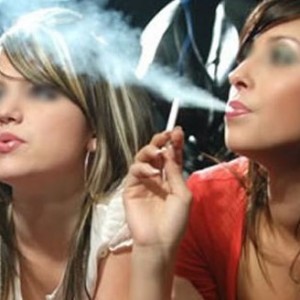 NEW YORK, NY - Hawaii is ushering in the new year with the introduction of a law making it illegal for people between the ages...