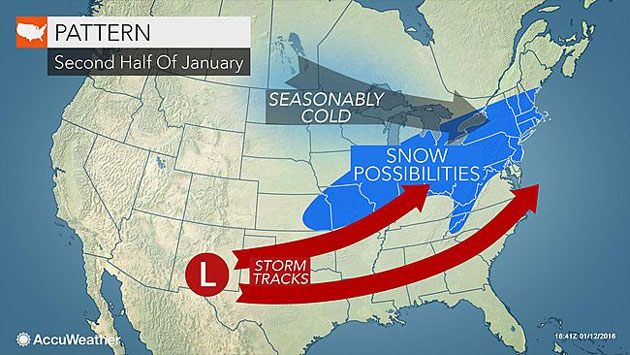 NEW YORK, NY – AccuWeather reports enough cold air will linger across the midwestern and eastern United States during the latter half of January to increase the chance of snow in areas that have received little so far this season.

Following a complex storm that will bring snow, ice and rain to portions of the Midwest and interior Northeast, another wave of arctic air will sweep southeastward this weekend.

According to AccuWeather Senior Meteorologist Brett Anderson, “In the Midwest, this new blast of arctic air will be as cold as that of the start of this week, but for much of the Northeast it will be coldest of the season so far.” 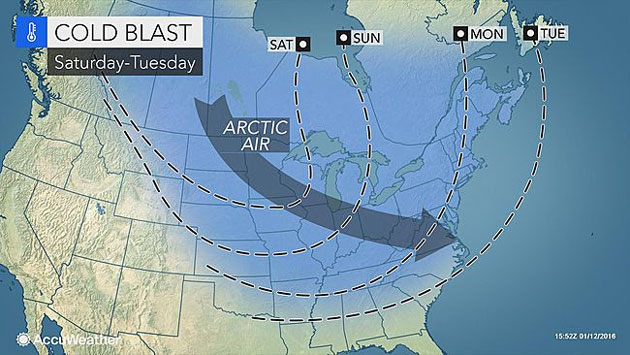 Temperatures will struggle to reach zero degrees Fahrenheit for daytime highs on a couple of days over the northern Plains and the Upper Midwest during Sunday to Monday. This same area is likely to experience low temperatures in the minus 20s.

Highs will be held to the 20s or lower over much of the Ohio Valley, the central Appalachians and New England as the air expands southeastward. Temperatures may struggle to reach the freezing mark on occasion in the Interstate 95 corridor of the mid-Atlantic.

“Some mild air will mix in from the Pacific Ocean across much of the central and eastern United States prior to the end of the month and will allow temperatures to trend back to near average,” Anderson said.

The overall temperature rebound in the Midwest and Northeast in the wake of the mid-month cold blast will be lower than has occurred so far this season.

Even as the core of the arctic air settles off the coast, enough cold air may remain behind to allow storms that roll along have greater chances at bringing snow or some sort of wintry precipitation when compared to early winter.

“You don’t need bitterly cold air for it to snow, just cold enough, within a few degrees of freezing,” AccuWeather Chief Long-Range Meteorologist Paul Pastelok said. “We expect temperatures to settle near average during late January in the Midwest and much of the East, which is cold enough for snow.”

While the exact timing and track of storms, which will determine who gets snow versus rain, can be uncertain several days out, there are indications that the pattern will yield more snow opportunities during late January.

“If we look at the overall pattern, there is likely to be a major storm or two with a chance at bringing substantial accumulating snow to portions of the Ohio Valley, I-95 corridor of the mid-Atlantic and southern New England during the third and fourth week of the month,” Pastelok said.

With the air starting colder as storms approach, the likelihood of precipitation beginning as snow or a wintry mix in places such as St. Louis, Cincinnati, Philadelphia, New York City or Roanoke, Virginia, will be much greater during the second half of the month than at any point so far this season.

The weight and extent of the cold air could be enough to cause storms to track more to the east and just off the Atlantic coast, instead of northward toward the Great Lakes and Appalachians. With a more southern and eastern storm track, snow could reach areas farther south and east than the first part of the winter.

For portions of the Great Lakes, Appalachians and central and northern New England, multiple storms with enough snow and wintry mix to make for slippery travel are likely for the second half of January. This includes cities such as Chicago, Detroit, Cleveland, Pittsburgh, Boston and Albany, New York. 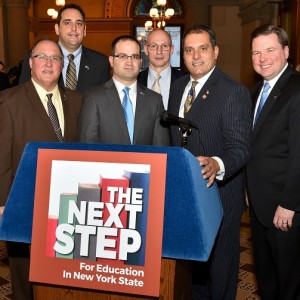