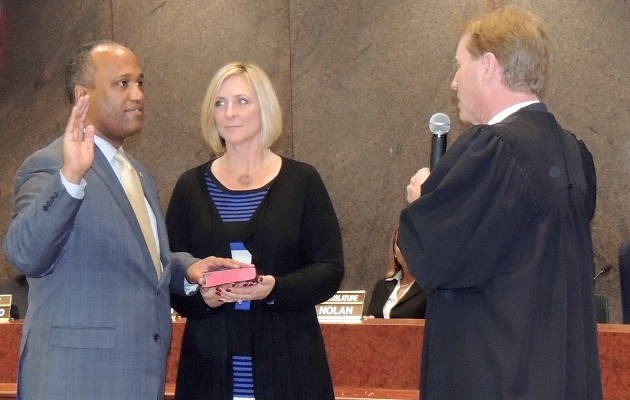 Hauppauge, N.Y. – The Suffolk County Legislature today held its 2016 organizational meeting, at which its 18 members took their oaths of office and elected their leadership for the upcoming year.

“I am honored and humbled by the opportunity to continue leading this Legislature in 2016,” said Presiding Officer Gregory. “We had a productive year in 2015, but we will face many challenges in the coming year. Protecting taxpayer dollars while delivering quality services will remain our top priority, and I look forward to working with all of my colleagues on both sides of the aisle as we continue to build a stronger Suffolk in 2016.”

“The residents of Suffolk County have entrusted us to be their voices and serve as stewards of our shared future,” said 5th District Legislator Kara Hahn, who last month was elected Majority Leader by her colleagues in the Democratic Caucus. “I have been humbled by this responsibility every day for the past four years and look forward to continuing working with all of my colleagues, and across party lines, on behalf of Suffolk County’s 1.5 million residents.”

“I’m pleased to be joining such a professional group of legislators, who are clearly committed to the best interests of our community, and I look forward to representing the unique needs of Suffolk County’s East End,” said 2nd District Legislator Bridget Fleming, who is the only new member of the Legislature in 2016. “As a Southampton Town Councilwoman, I focused my efforts on three areas that are critical to the East End: providing economic opportunity, defending the environment and keeping government accountable to the citizens it serves. As a county legislator, I will continue to focus my attention on those key priorities in addition to the other needs of my constituents.”

Speaking at the meeting, U.S. Senator Chuck Schumer called the Suffolk County Legislature “one of the best in the country.” County Executive Steve Bellone was also in attendance to congratulate the legislators. 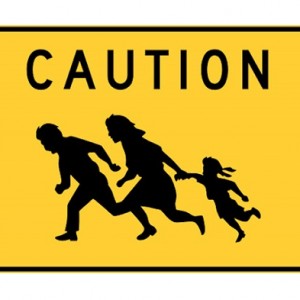 NEW YORK, NY - News that Central American families are the targets of stepped-up immigration raids and deportations has immigrant...