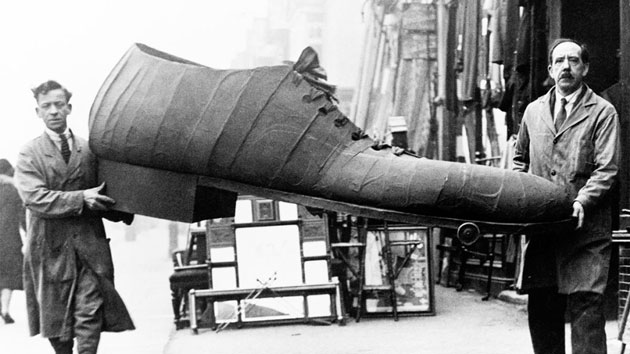 ARKANSAS – A think piece by Walter Frick at Harvard Business Review (“Understanding the Debate Over Inequality, Skills, and the Rise of the 1%,” Dec. 21) draws a line in the inequality debate between those (mostly CEOs and other corporate apologists) who see it as resulting from a mismatch between the supply and demand for certain skills, and those who frame the issue in terms of “institutions, rules, and political power.” The former position can be stated this way: “Workers today face global competition and even the threat of automation. Those who can work with technology and possess sought-after skills in fields like computer programming are thriving in the labor market. Those without a college degree or specialized skills are struggling.” Frick concedes that, despite considerable evidence to support this position, it’s insufficient without also addressing the role of institutional power issues. On the other hand, he sees a danger in pushing the argument for structural forces too far to the neglect of supply and demand.

But maybe the supply and demand for skills, rather than being just a given, themselves reflect the structure of power. To the extent that a market price mechanism is allowed to function at all, the price for anything — labor included — will reflect the final balance between quantity supplied and quantity demanded at the point of exchange. That’s not saying much. Far more important are the structural power issues that determine what the actual quantity supplied is relative to the quantity demanded, and the resulting balance of power between buyers and sellers.

Which skills and how much of them are demanded isn’t just some spontaneous outcome of “the market.” They reflect the conscious decisions of large, centrally planned institutions known as corporations as to what particular production technologies they will adopt, what strategies of capital substitution and deskilling of labor they will pursue, and so forth. And the supply of labor-power with these skills, like that of most other corporate inputs, is heavily influenced by the role of the state in the capitalist system: its function of subsidizing the extraction raw material inputs and provision of transportation infrastructure, and externalizing the cost of reproducing human labor-power on the taxpayers.

Even the nature of the institutions producing and hiring the skilled labor-power is determined by a long history of collusion between the capitalist state and employers. It’s no accident that most skilled labor is hired by the HR departments of large corporations, rather than joining cooperative garage factories using sophisticated tabletop CNC machinery or peer-production networks of coders.

The wage economy has been dominated by capitalist employers for over two centuries because on the eve of the Industrial Revolution the capitalist state in Great Britain, in collusion with the land-owners, robbed the great majority of the population of their customary rights in the land and forced them into the wage labor market — and then relied on totalitarian social controls to prevent workers from freely associating with one another or traveling from one parish to another in search of better offers of employment. And the American economy is dominated by corporate employers because the American state, from the mid-19th century onward, actively subsidized and promoted the concentration of economic life.

It’s likewise no accident that most skilled workers get their skills in a secondary or higher education system whose primary function is processing artificially cheap “human resources” for corporate employers at taxpayer expense.

The credentialing system is set up not only to make trained labor-power artificially abundant and cheap for corporate employers, but also to erect toll-gates against the easy flow of knowledge and skill horizontally between working people themselves. The student must take on a lifetime of debt peonage to pay for a curriculum that’s designed by the educational institution in collusion with employers, and upon graduation face a situation in which her bargaining power is reduced by the fact that she’s been ready-made to the specs of the would-be employer and really has nowhere else much to go.

Imagine an economy of neighborhood and community micro-manufacture, in which skilled workers were interviewed by their future co-workers in a self-managed work collective, where the worker’s skills were obtained through stackable credentialing in apprenticeships and guild training programs, according to their own individual judgement and agenda. The mix of credentials would be a matter for negotiation, and the applicant and existing work-force would meet as equals. Whatever credentials were genuinely needed would be a lot cheaper and easier to obtain, absent all the state-enforced barriers to free transmission of knowledge.

Supply and demand aren’t autonomous values that “just happened”; they are the result of centuries of previous history, “written in letters of blood and fire.”

PHOTO: Understanding the Debate Over Inequality, Skills, and the Rise of the 1%
OP-ED: by Kevin Carson.
Made available from The Center for a Stateless Society.