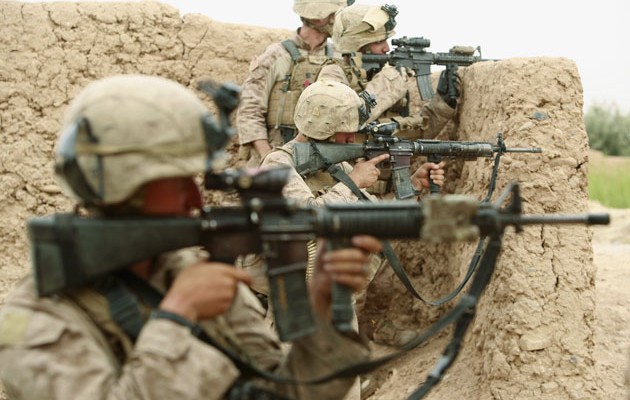 CALIFORNIA – It’s the time of year when people sing about peace and goodwill. Unfortunately in the United States, too little thought accompanies the nice words. Otherwise Americans would be in the streets demanding that President Obama shut down the war machine. They would also be repudiating every presidential candidate who endorses the fundamentals of America’s criminal foreign policy, and that means every presidential contender in the major parties. Each one of them thinks it’s the U.S. government’s obligation to destroy ISIS (which it helped create), and most of them think — contradictorily — that Americans should overthrow the Syrian government, even though massive noncombatant casualties would result, fanatics would benefit, and neither ISIS nor Bashar al-Assad pose an existential threat to our society.

The ruling elite and its cheerleader squads across the political spectrum tell us endlessly that the United States — by which they mean its central government — has been a force for good in the world. The nation may be exceptional, but, grandiloquent declarations notwithstanding, not in any virtuous sense. For over 200 years it has been a killer and an oppressor on a massive scale; when it has not committed those crimes directly, it has enabled ruthless proxies. America’s victims span the world.

The motives are varied and intertwined: a nationalist, geopolitical, and economic mixture, presented as the call of destiny. America was seen as chosen to change the world, however unwilling the recipients of this gift.

Few people expected Obama to surpass his predecessor George W. Bush in making war, but he has. The wars he promised to end — Iraq and Afghanistan — are nowhere near completion, and more than 14 years after the invasion of Afghanistan, Secretary of War Ash Carter expects 2016 to be another “hard” year. ISIS has now joined the Taliban in the effort to drive the Americans out.

Away from the news cameras Obama inflicts or enables violence against the people of Pakistan, Somalia, and Yemen, where the Saudis and their Gulf state partners have bombed and embargoed their way to a humanitarian catastrophe. Again, the winners are al-Qaeda and ISIS.

The Made-in-the-USA mayhem is justified by the mindless slogan that “they will come here and kill us all.” But countless times this has been exposed for the nonsense it is. Even the official 9/11 commission and a study done under then-War Secretary Donald Rumsfeld attributed the 2001 attacks to previous U.S. intervention in the Middle East — including the starvation of Iraqi children, stationing of the military near Mecca and Medina, and collusion with Israel against the people of Palestine. The 9/11 attacks were monstrous crimes, but they were not bolts out of the blue. Rather, they were provoked by decades of American cruelty and mass murder.

Before Bush II invaded Iraq — despite Saddam Hussein’s innocence with respect to 9/11 — al-Qaeda was a small number of men in Afghanistan. Since then, with a boost from Obama’s bombing and regime-change in Libya and his declaring open season on Assad, al-Qaeda has spread and spawned even more-virulent offspring, notoriously ISIS. The U.S. government is Dr. Frankenstein to the al-Qaeda/ISIS monster loosed on the Middle East and beyond. Obama’s landmark contribution to foreign policy is his placing the U.S. Air Force at the service of al-Qaeda in Syria and Yemen.

Americans would not be fearing Islamist terrorism (however inflated in their imagination) were it not for Bush and Obama. But the culpability reaches beyond those two men to the administrations of Truman, Eisenhower, Kennedy, Johnson, Nixon, Ford, Carter, Reagan, George H. W. Bush, and Bill Clinton.

Through jingoism and apathy the American people allowed it all to happen. Antiwar movements have been fleeting and flimsy, considering they evaporated overnight with the end of conscription in 1973 and the election of a Democrat in 2008.

It’s no surprise, then, that the presidential contest is over minor variations on the imperialist theme. No one challenges the empire at its root.

So we’ll end up with another war president who has no scruples about murdering noncombatants and laying waste to entire societies so long as it advances the mission: maintaining American hegemony throughout the world and disposing of anyone who would chart an independent course.

Singing about peace and goodwill while cheering America’s warrior state is a repulsive spectacle. The near-term prospects for change are bleak.

PHOTO: War: The American Way; The Havok Journal
OP-ED: by Sheldon Richman.
Made available from The Center for a Stateless Society. 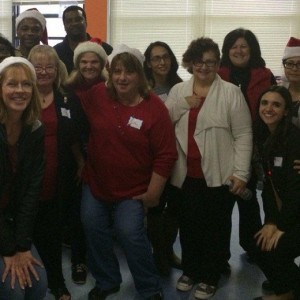