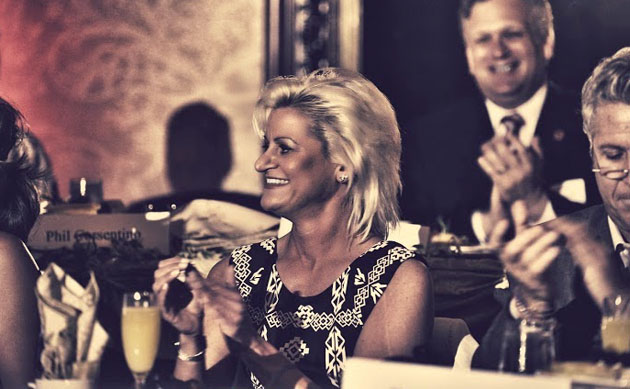 LONG ISLAND, NY – To provide proper send-off to 2015, here’s a roundup on the state of local news. We [Fair Media Council] simply encapsulated the preponderance of media conversations we had throughout the year. They’re listed below, in no particular order other than stream of consciousness. The list is based on what people wanted to know most about when it comes to what’s happening inside news here, there and everywhere.

1. It’s here. Native advertising has arrived in newsrooms around the country … and no one really cares. Editors who should be up in arms about brands (read: PR agencies) working closely with journalists to develop what are supposed to be news stories are instead embracing the concept. Well, all except the WSJ’s managing editor. Perhaps all the others are:

Aligning news with advertisers is nothing new, it just has never really worked. In a previous life, native advertising was known as an advertorial (as in, part advertising, part editorial copy). Respected publications didn’t run advertorials or, at least, not consistently. When they broke down and did, the worthy newsrooms would insist the content carried the label of ‘advertorial’ across the top, in an attempt to distance themselves from the crime that was about to be committed. Often, an advertorial would have a box around it, as an added security measure to prevent the advertorial from infecting the real news. Sometimes, it would even be in a different typeface, in the hopes that a reader would know something was radically amiss when what they were reading switched from a serif to a sans serif type.

Alas, today’s native advertising comes with no such warning labels or subtle clues. It does nothing more than masquerade as news stories, which means it’s up to the news consumer to know the diff. Here’s the problem: Most don’t. Net result? World. Hell. Handbasket.

2. Take me with you. Everyone is pushing mobile as the future, and that’s fine, but it’s only exacerbating our love-hate relationship with our phones. We want to get the news delivered faster than it actually occurs, but we really don’t want to read too much about it.

YEAH, WE KNOW. YOU GET YOUR NEWS FROM TWITTER.

3. The great divide. Finally, after far too many years, it’s cool to have a news program that doesn’t look, act or talk like every other news program. Remember post-Sept. 11, when every newscast looked the same? Remember the crawl across the screen, meant to bring you breaking news, but vastly outstayed its welcome? Soon the crawl was giving you the time and temperature next to the terror level alert (which always stayed the same). Some overly ambitious news directors thought it a good idea to stack the crawls, so viewers were forced to read three lines of moving copy while trying to pay attention to the broadcast itself.

Now, however, things are getting nicely complicated. WPIX is launching a 6.30 p.m. local newscast in a time slot devoted to national news shows. WABC’s 4 p.m. newscast provides local news before other channels go local at 5 p.m. WNBC is beefing up its investigative team. WWOR stopped its news format to give the TMZ version of what’s happening in New Jersey. Whether these changes are good or bad makes for great debate over coffee, but compared to where we were a decade ago, viewers have more choices.

4. Waiting for the Fat Lady to Sing. Cable is a thing of the past and nothing signals that stronger than Cablevision’s proposed sale to Altice. Smart of the Dolans to step aside when the industry they basically invented is now considered obsolete. But this sale to a company known for draconian measures when it comes to budget cuts doesn’t bode well for the journalistic futures of News12 and Newsday. The proposed sale isn’t slated to happen until second quarter, 2016 and Altice needs to borrow a boatload of moolah to make it happen. So, for now, we’re taking a wait-and-see approach — and enjoying the rumors swirling over who may actually end up owning the news that owns Long Island.

5. The Disappearing Act of the Long Island Press. It’s sorta still around, don’t get me wrong, but it stopped print publishing in 2014. It’s just that people are beginning to notice.

6. Twitter, Voice of God. People have gotten into the habit of saying they get their news from social media. Yeah, we know. You get your news from Twitter. But here’s the thing: No, you don’t. Twitter is just a delivery channel, not a content creator. What Twitter is putting in your newsfeed is coming from the media outlets you chose to follow. You know, the ones you keep referring to as dead. So please, stop that. It’s just not nice.

7. Enough with Your Opinion, Let’s Talk about My Opinion. The purported increased bias of news is what fills our inbox throughout the year. By random observation, it’s funny how people complain about media bias, but will put on a full-throttle defense when the bias expressed matches their own. But here’s the thing: Yes, there’s a plethora of talk shows out there — and by plethora, we do mean excess — but those are supposed to be opinion drivers. They. Are. Biased. And. They. Are. Meant. To. Be. What’s hard for viewers and listeners to deal with when it comes to talk formats is, even though the shows focus on what’s in the news, they are not actually news programs. Our advice? Go to the gym.

8. When Local Goes Bad. Local broadcast news likes to show its local. That’s its thing. But it actually hurts its own thing when it tries to show it’s everywhere. Like when it leads the news with the random house fire or one-off crime. Now, to be clear: Public safety issues should top a newscast. But these aren’t public safety issues as much as they are a person safety issue. Put another way: 30 million people in a broadcast coverage area don’t care about a house burning in a neighborhood they’ve never heard of. Leave that coverage for the small local newspaper where that house fire is big news. Yes, we know timeliness is important, but so is relevancy. And when the news is not relevant to the majority of your viewers, they switch it off. And rightly so.

9. It’s About the Few. Business news. It’s a niche thing. It’s never been about mass appeal and never will. Its specialized coverage is one of the things that makes it valuable. And, the last thing you want — trust us on this — is a mainstream media, general assignment reporter trying to report on financials.

10. This Death is Greatly Exaggerated. Newspapers are not dead. Neither is newspapering. Printing on dead trees? Well, that may be all but dead, but the paper thing is less important because newspapers using technology can deliver you a story while it’s still relatively fresh. More to the point: You don’t want newspapers to disappear. You need news for all sorts of things, not the least of which is the fact America would not be America without them.

11. As Local As Local News Gets? Here’s something bubbling to the surface: Newsday’s cut a deal with Anton Community Newspapers, to provide news on the hyperlocal level. It’s currently in beta testing mode in a few zip codes on Long Island. If the results prove positive, then you need to wonder what happens next to a newspaper that relies on AP reports for national and international news and is now outsourcing for local content.

Jaci Clement is CEO of the Fair Media Council. Reach her at jaci@fairmediacouncil.org 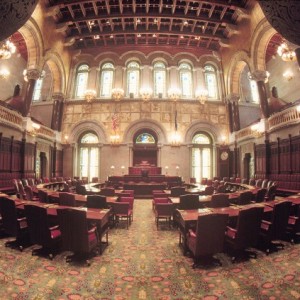