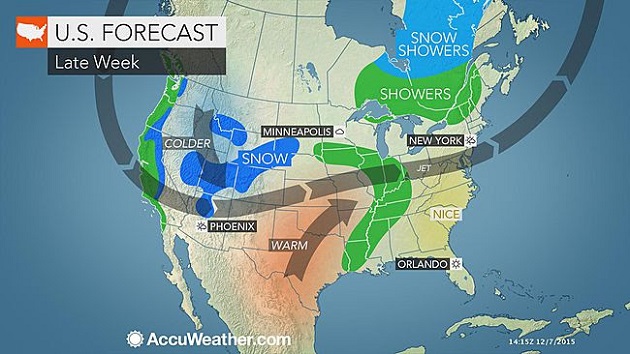 While the mildest air will hold off until this weekend, much of this week will be mostly rain-free and see above normal temperatures.

High temperatures through Friday will average between 5 and 10 degrees above average for the second week of December.

Most days this week will also feature at least partial sunshine.

The coolest day this week along the Interstate-95 corridor from Washington, D.C., to Boston will be on Tuesday with high temperatures right around normal.

A couple weak storm systems will pass across the Midwest and Northeast during the week, but are not expected to produce a soaking rain.

Conditions will be fantastic for anyone still needing to head to a local farm and purchase a Christmas tree or to hang holiday decorations outside your home.

“The pattern won’t just be mild this week, but getting progressively milder into the weekend,” AccuWeather Senior Meteorologist Joe Lundberg said.

By this weekend, the jet stream will lift to the north into southern Canada allowing warm air to build across the eastern U.S. from the Gulf of Mexico and the southern Plains.

“The mild air will peak this weekend, allowing for some record-high temperatures to be challenged,” Duffey said.

The jet stream is a narrow band of strong winds in the upper levels of the atmosphere that help to separate the milder air to the south and the cooler air to the north.

Temperatures will be between 10 and 30 degrees above normal this weekend from the Midwest to the Northeast and interior South. 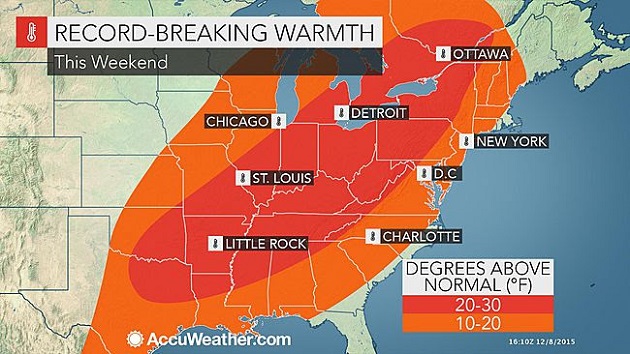 Records will be challenged across a large portion of the East this weekend including New York City, Philadelphia, Washington, D.C., Indianapolis, Detroit, Louisville and Nashville.

“To put into perspective how mild it will be, overnight low temperatures will be higher than the average daytime high temperature for this time of year,” AccuWeather Meteorologist Michael Doll said.

These temperatures are more common during the middle of October rather than the second full week of December.

The weekend burst of warmth will be short-lived as a storm system is expected to bring a soaking rain on Sunday into next Monday. Cooler air will return across the Eastern states early next week but it will remain rather mild.

Snow lovers may have to wait until the new year for any significant snow across the eastern U.S.El Niño is to blame for the lack of snow.

While the month of November ended as one of the warmest months on record for many cities across the East, the same could happen in December.

By Brett Rathburn, Meteorologist for AccuWeather.com. 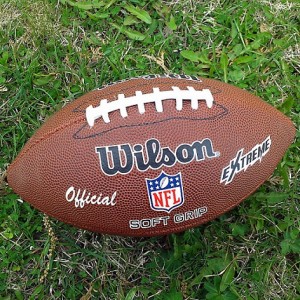