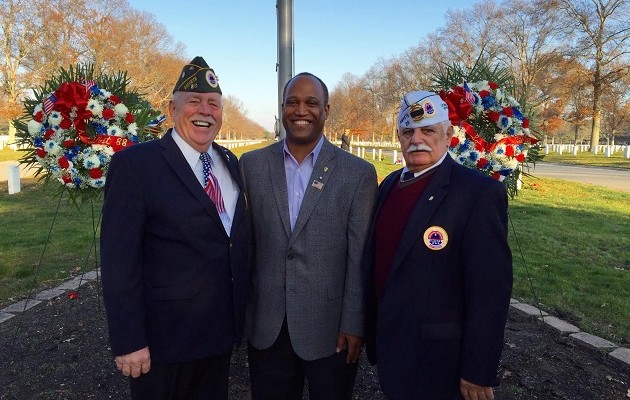 “My father is a World War II veteran, and Dec. 7, 1941 forever changed the direction of his life,” said Suffolk County Legislature Presiding Officer DuWayne Gregory. “The same is true for so many of his generation. Today we honor those who died at Pearl Harbor and those who felt the call to serve as a result. Suffolk County is home to the largest veteran population in the state, yet too often we forget how much they gave. I commend AMVETS Post 88 for working to ensure that we will forever remember all our veterans as well as that infamous day.”

“We cannot let this country forget the lessons of Pearl Harbor,” said Commander Owens. “We held this ceremony in a cemetery, a place of eternal peace, but we must strive for peace here and now. We cannot continue to allow race and color and creed to divide us. Hate should have no place in the world.”

“To some Americans, particularly those born in the latter half of the 20th century, World War II may seem as distant as the Civil War,” said Commander DeJesu. “Pearl Harbor may not always seem relevant to our everyday lives, but as the philosopher George Santayana said, ‘Those who cannot remember the past are condemned to repeat it.’ Thank you to AMVETS Post 88 for helping us to remember those who made the supreme sacrifice on that December day.”

Other local AMVETS and American Legion posts participated in the ceremony’s procession, as did local Boy Scout and Girl Scout troops. Dorothy Oxendine, who previously served as the national president of American Gold Star Mothers, was also recognized at the event. 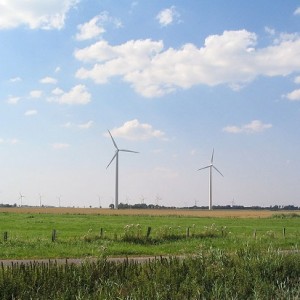 ALBANY, N.Y. - The New York Green Bank will be joined by five others around the world in forming the first global Green Bank...