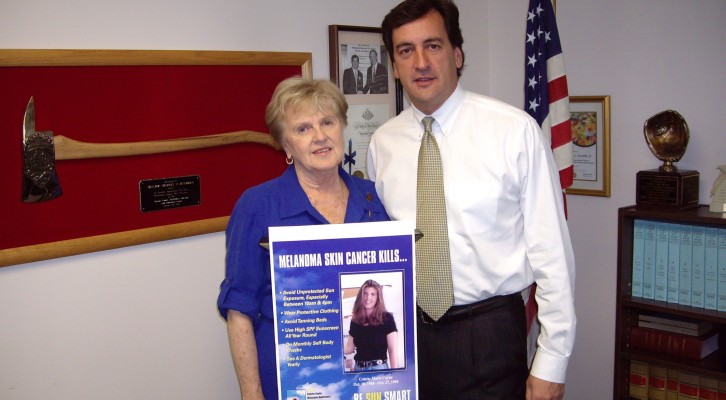 The worst enemy for the mostly private entrepreneurs who own and operate tanning salons (aka indoor tanning) here in Long Island and throughout New York State is a lovely 80 year old woman named Colette Coyne.

“I become angry when I hear the tanning industry claim that tanning beds promote health, and that tanning salons themselves closely monitor use by teens”, Colette told me when I interviewed her in her home in New Hyde Park last week. “Nothing is further from the truth. Tanning beds produce 15 times the deadly ultra violet rays than do the sun and have become a major cause for the increase in melanoma in the young. And the only thing that the tanning industry is monitoring is its enormous profits. I will not rest until I can stop their industry of death.”

It was not tanning salons however, that was the cause of the tragedy that first got Colette involved in the fight to prevent melanoma, a deadly malignancy, which while accounting for only two percent of all skin cancers, is the main cause of skin cancer deaths today and is the most common cancer afflicting people between the ages of 25-29. Colette and her husband Patrick had a daughter, also named Colette, who was diagnosed with melanoma in May 1998 and passed away from the disease on October 27th, ten days after her thirtieth birthday. The melanoma that was to take the life of Colette, the youngest of the Coyne’s 2 daughters and three sons, was caused, her doctors believed, by a severe sunburn she suffered when she was nine years old, and possibly a second as a teenager. 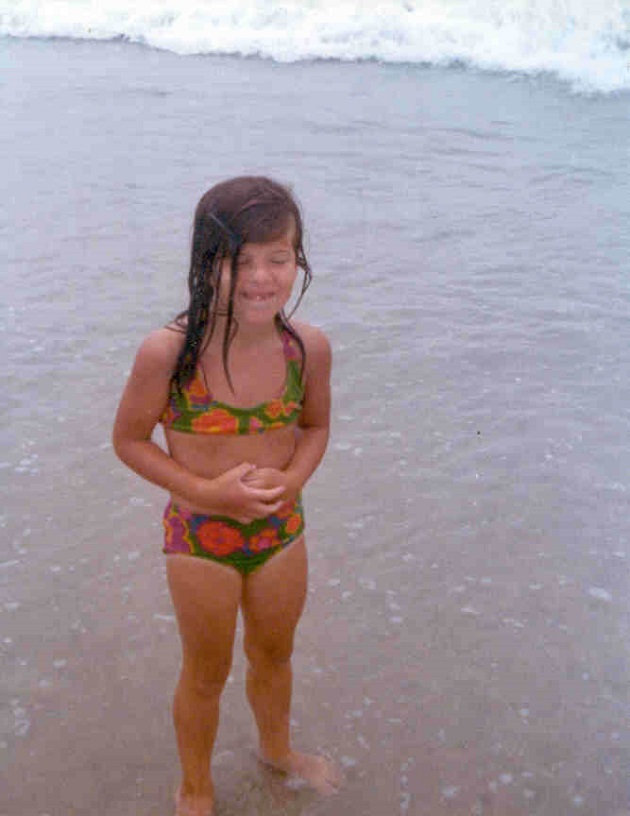 Colette as a child.

“My daughter was very cautious about unprotected exposure to the sun after she had the second sunburn”, Colette told me, “ Her auburn hair and fair skin, she realized, made her susceptible to sunburn. Her sister, Mary, would say that whenever Colette went to the beach ‘ she was like an old lady, all covered up.’ And, of course, she would never ever go to a tanning salon…. And yet it was my beautiful, wonderful daughter who died from melanoma.”

Just four months after Colette’s death, her friends organized a fundraiser in her name to bring public awareness to the horror of melanoma. Within weeks, Patrick and Colette used the $20,000 raised from the event to establish the Colette Coyne Melanoma Awareness Campaign (CCMAC) the first melanoma awareness foundation on Long Island. The Coynes would then soon learn about the deadly role that tanning salons play in the spread of that awful skin disease. “Since my daughter’s melanoma was not associated with tanning salons”, Colette explained, “I knew little about their danger. But that soon changed. We began to be contacted by people who sadly told us they had been diagnosed with melanoma, which many attributed to their use of tanning beds as teenagers. 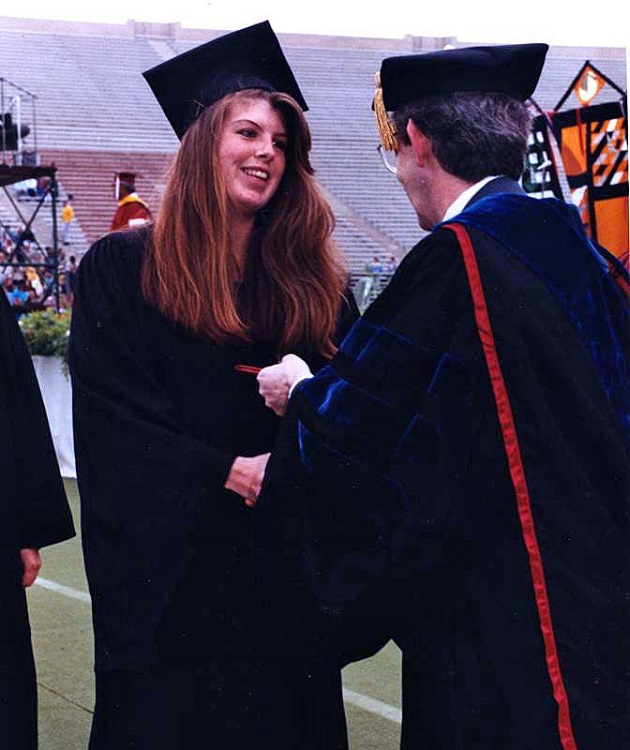 Colette’s College Graduation with all her dream ahead of her.

“As we began to conduct our research we realized that these were not isolated cases”, Colette continued. Colette learned that there are approximately 75,000 new cases of melanoma diagnosed every year, resulting in almost 10,000 deaths; she also learned that studies had begun to show an increasingly significant link between the use of tanning beds with the disease. “We knew that many of these deaths were preventable, so we knew what a major part of our mission would be”, she told me.

To fulfill that mission in 1999 CCMAC began developing close working relationships with health care professionals and medical institutions, the media, educators, parent organizations, and other cancer foundations to coordinate their lobbying efforts to restrict the use of tanning beds. “With the tanning salon industry here in Nassau and Suffolk Counties and throughout New York State employing their own powerful lobbyists to try to prevent any legislation restricting the use of tanning beds, we knew we had to coordinate our own lobbying effort to protect the public”, Colette explained.

Colette believes both laws served as watersheds in the fight against the tanning industry. “These laws were milestones. It showed the lawmakers had the courage to take on the ultra powerful five billion dollar a year tanning industry. The ensuing media coverage it received served as a great educational message to the public about the dangers of the use of tanning beds.”

Five years later, at the end of 2010, there was another legislative milestone for CCMAC and its allies. New York State legislators passed a law that sent shock waves throughout the tanning industry. One key provision of the law totally prohibits the use of tanning salons for any one under the age of 17; for those between the ages of 17 and 18, another provision of the law mandates that the parents themselves present the consent forms in person, thus eliminating the then reported common use of fake signed consent forms. There is also a less known provision of the law which focuses solely on adult customers, requiring them before they enter the tanning beds to sign a document provided by the tanning salons outlining their dangers. 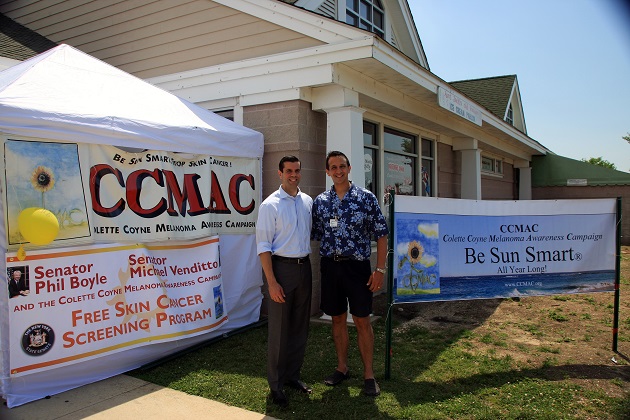 Collette acknowledged, however, that while CCMAC and their New York State based counterparts have been able through this legislation to reduce the use of tanning beds (albeit, she contended, more prohibitions are still needed), she has been far less successful in combating the melanoma fueled by over exposure to the real sun, which studies indicate remains the main cause of the disease. “Convincing people to limit their exposure to the sun is very difficult because every one loves the sun and loves having a tan”, Colette stated. “But over exposure to the sun is in fact an act of potential suicide for thousands of people every year, so we have tried to educate the public to its grave dangers.”

As part of that education process, Collette and CCMAC volunteers for the past fifteen years have offered sun prevention presentations to middle school and high school students throughout Long Island. “We don’t want to scare children, but we certainly want to educate them. We explain to them that, unlike what many might have believed, melanoma is not a disease for only the old,” Colette stated. “Rather it strikes people of all ages.” Colette told me that she explains to students how limiting their exposure to the sun, applying sun screen every morning, a routine, she said, which is similar to brushing their teeth and playing in only areas that have ample shade can prevent melanoma and save lives. 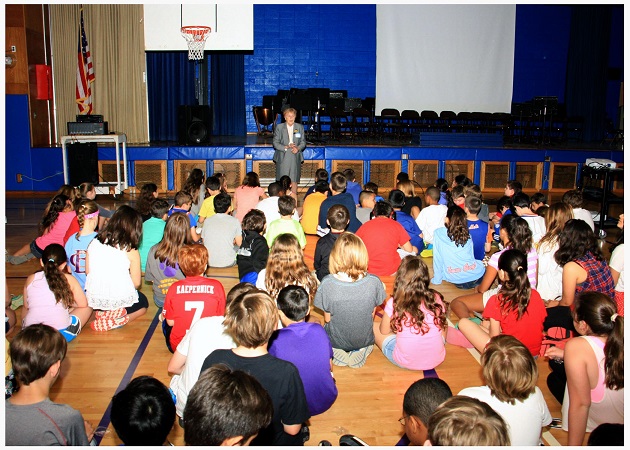 Colette added that she emphasizes to students that, unlike most other forms of cancer, melanoma is highly preventable. “It is just a matter, we say to them, of changing your behavior, and taking responsibility for your own health. We hope to continue to spread this message and pray that it saves many young lives”, she said. 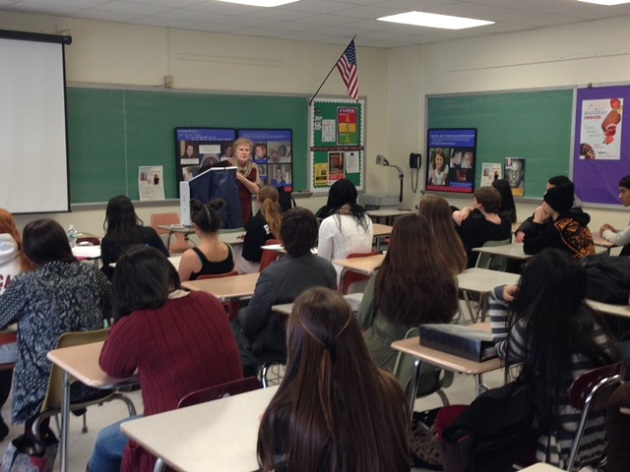 Colette said that while, at 80, the forty hours plus a week she devotes to her work at CCMAC sometimes greatly fatigues her, her memory of her daughter’s courage inspires her to carry on. And then Colette read to me the final short three paragraphs of a tribute to her daughter she wrote shortly after Colette’s death:

“Her 30th birthday was spent as planned in Cape Cod. How wise she was suggesting a RV enabling the family of seven to travel together. ‘It will be fun’ said she! In spite of weakness, pain and nausea at times, fun it was.

“She chose to die two weeks later when her brother returned from Missouri. All went through those last days with her and all are awed by her strength, her wisdom, her courage. Truly the last became first. From the youngest, the wisdom of what life should be unfolded. While we no longer can have the joy of putting our arms around her, as her eldest brother said to her ‘You will never leave me’, and so she hasn’t. We feel her presence; we pray for strength and know she will support us now as she did then.

It is in her name we formed a foundation with the hopes of preventing someone else of losing a loved one to Melanoma.” 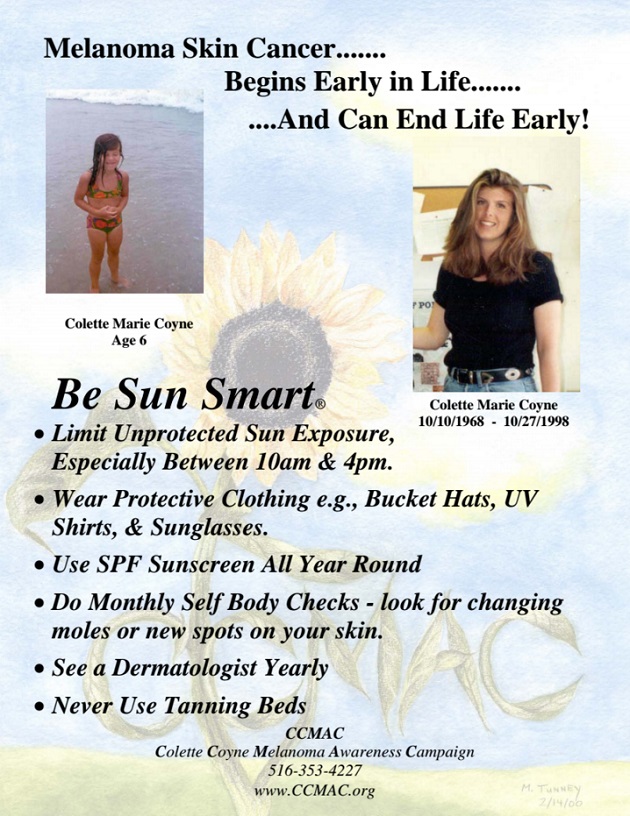 Robert Golomb is a nationally and internationally published columnist. Mail him at MrBob347@al.com and follow him on Twitter@RobertGolomb. 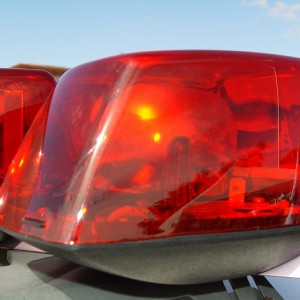 Syosset, NY - The Major Case Bureau reports the arrest of a Syosset man for Criminal Possession of a Weapon that occurred...