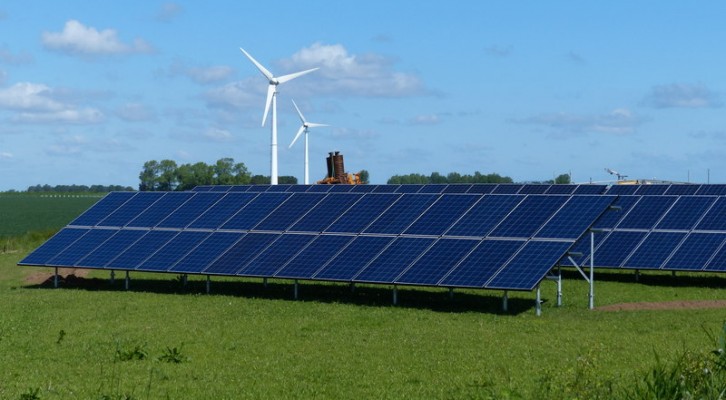 Cuomo’s Renewable Energy Goal May be Too Low

ALBANY, N.Y. – Gov. Andrew Cuomo is expected to make getting half the state’s electric power from renewable sources by the year 2030 a requirement, but some energy advocates say that’s not enough.

With the United Nations Climate Change conference beginning next week, the governor is putting the pressure on to clean up New York’s power supply. He says the ultimate goal is an 80 percent reduction in carbon emissions by 2050.

But Mark Dunlea, co-coordinator of the 100 Percent Renewables Now New York Campaign, says the target for renewable energy is too low.

The state failed to meet its previous goal of getting 30 percent of electricity from renewable sources by the end of this year.

At the U.N. Climate Change conference, many nations will be asking to lower the goal for the world’s maximum allowable temperature increase. And according to Dunlea, New York needs to raise its goal for how much electricity it gets from renewable sources much higher, in order to reach its target for carbon reductions.

Environmentalists were encouraged by Cuomo’s veto of a proposed offshore liquefied natural gas port, a move that could clear the way for developing offshore wind power. According to Dunlea, that could be critical to meeting energy goals but the state has not committed to a plan.

“We’ve seen both Massachusetts and New Jersey step up to the plate with some offshore wind proposals, and Rhode Island is already beginning to move,” he says. “New York is falling further and further behind.”

Clean-energy advocates are also concerned that the state may be diverting some efforts away from renewables to keep two unprofitable upstate nuclear power plants in operation. 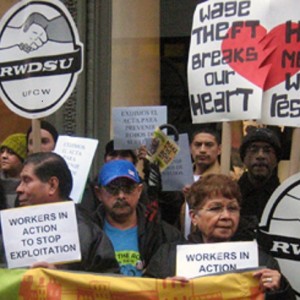 NEW YORK - A new report says millions of New Yorkers are being ripped off every day by companies that cheat them out of wages...