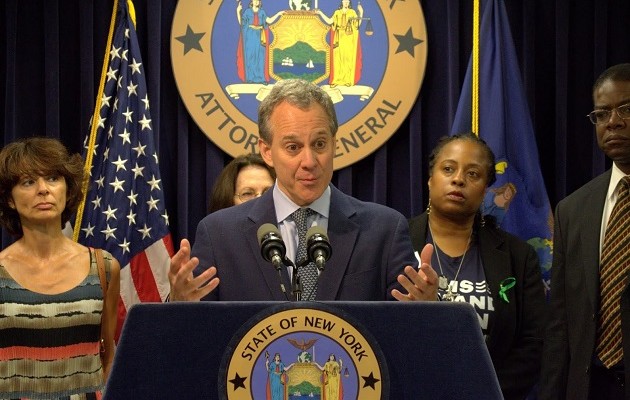 NEW YORK, NY – Attorney General Eric T. Schneiderman today announced that two respiratory therapists and three nurses, all former employees of the Medford Multicare Center for Living, Inc. in Medford, New York (“Medford Multicare”), were sentenced to jail. The defendants were sentenced to varying terms after being found guilty at trial in July in Suffolk County Court in Riverhead for their roles in the 2012 death of a 72-year-old rehabilitation patient and for their attempted cover-up of the circumstances that led to her death.

“The sentences announced today bring justice to the family of Aurelia Rios, the mother of three and the grandmother of eleven,” said Attorney General Schneiderman. “Medical staff at Medford Multicare undertook the responsibility to care for Mrs. Rios and help her rehabilitate.  Instead, the juries found that she was neglected and that the Defendants covered-up the true cause of her death, depriving the Rios family for almost three years the truth about what happened to their mother.  This trial has put an end to the lies about what happened at Medford Multicare and is another example of how my office will continue to hold accountable those who neglect and those who fail to immediately and truthfully report the neglect of our most vulnerable citizens.”

At a dual-jury trial conducted earlier this year before New York State Supreme Court Justice John B. Collins, one jury, Jury A, found Kethlie Joseph, 63, of Brentwood, guilty of Criminally Negligent Homicide, a class E felony, for causing the October 26, 2012 death of Aurelia Rios.  Mrs. Rios was admitted to Medford Multicare in September 2012 to rehabilitate from a respiratory ailment.  Jury A, also found Joseph guilty of Wilful Violation of Public Health Laws, a class A misdemeanor, for failing to immediately report that Mrs. Rios’s death was the result of neglect as required by the New York State Public Health Law.

The evidence at trial included Joseph’s statement to a New York State Department of Health investigator that she never connected Mrs. Rios to a ventilator when she went to sleep because she did not read the doctor’s order.  The evidence at trial also showed that for more than two hours Joseph and co-defendants Marianne Fassino, 54, of Shirley, and Kimberly Lappe, 33, of Medford, both of whom were registered nurses, ignored Mrs. Rios’s visual and audible respiratory and cardiac alarms and messages to their pagers after Mrs. Rios stopped breathing.  Video surveillance obtained from Medford Multicare that was shown to the juries captured Joseph walking past Mrs. Rios’s room on two occasions while the alarms were activated. Fassino and Lappe were shown in the surveillance video to be within feet of several computer monitors that showed that Mrs. Rios was in respiratory distress.  The video surveillance showed that for more than two hours medical staff did not respond to Mrs. Rios, who by then had been dead for some time.

The evidence at trial showed that defendant Victoria Caldwell, 52, of Medford, a licensed practical nurse, falsely claimed in nursing notes and in statements to investigators that when she responded to Mrs. Rios she was alive.  None of the defendants reported the neglect to the New York State Department of Health.  Several days after the incident went unreported, an off-duty Medford employee, shocked by Mrs. Rios’s death and the defendants’ cover-up, contacted authorities.

The trial evidence showed that Christine Boylan, 50, of Mastic, a licensed respiratory therapist and Medford’s former director of respiratory therapy, concealed computer records from a Department of Health investigator.  Those records documented that medical staff failed to respond to Mrs. Rios’s respiratory and cardiac alarms for over two hours.

The second jury, Jury B, found:

Last week, three former Medford aides, Patricia DiGiovanni, 62, of Port Jefferson, Christina Corelli, 37, of East Patchogue, and Leona Gordon, 36, of Medford, were sentenced after they pleaded guilty to misdemeanor charges arising from the same incident.  Each defendant was sentenced to three years’ probation with the special condition that they may not be employed taking care of any incompetent person whether the incompetence is due to age, physical disability or mental disease or defect.  Each defendant was also required to surrender her CNA certificate.  As part of her sentence, DiGiovanni is also required to perform 840 hours of community service.

The Center For Living at Medford, Inc., the corporation operating the home, previously pleaded guilty to Attempted Falsifying Business Records in the First Degree, a class A misdemeanor, and is awaiting sentence.  The former administrator of the home, David Fielding, 58, of West Lido Beach, previously pleaded guilty to two counts of Falsifying Business Records in the First Degree and Wilful Violation of Health Laws.  Fielding is scheduled to be sentenced to seven days jail on November 16th.

Since 2008, an additional 18 licensed and certified employees of the Medford facility have been convicted of neglect and falsifying records in an attempt to cover up abuse and neglect. Six of the 18 convictions arose out of a hidden camera investigation conducted by the Attorney General’s Medicaid Fraud Control Unit (MFCU).

The civil complaint filed by the Attorney General details how, since 2003, Medford’s owners lined their pockets with millions in public Medicaid funds while turning a blind eye to persistent neglect of residents by senior management and staff.  That case is still pending. 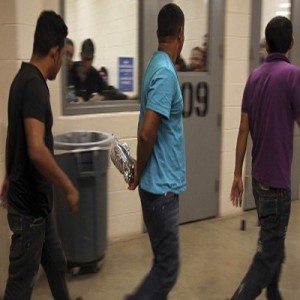 LONG ISLAND, NY - Authorities didn’t act on a woman’s rape allegations against a Honduran man in the U.S. illegally until...