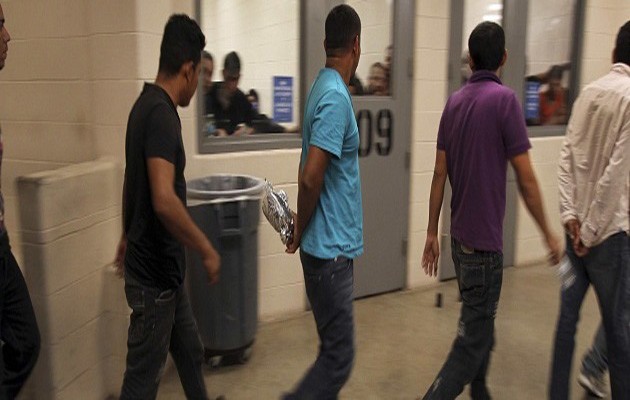 LONG ISLAND, NY – Authorities didn’t act on a woman’s rape allegations against a Honduran man in the U.S. illegally until after he came back months later to kidnap and rape her again in front of their 2-year-old child.

Jose Amaya-Vasquez, a Honduran man that has entered the U.S. three times illegally, was scheduled to appear in court Monday after allegedly kidnapping and raping his ex-girlfriend during a four-day drive in May from Kansas City, Mo., to Camden, N.J.

The woman first called police after she claimed she was raped by Amaya-Vasquez Feb. 14 in her home in Kansas City. But an arrest warrant for that incident wasn’t issued until after Amaya-Vasquez was captured in Camden May 26.

According to a probable cause statement obtained by The Daily Caller News Foundation, authorities interviewed the victim months earlier after he picked up a knife and put it to her throat, and said, “we’re going to have sex or you’ll never see your kids again.” 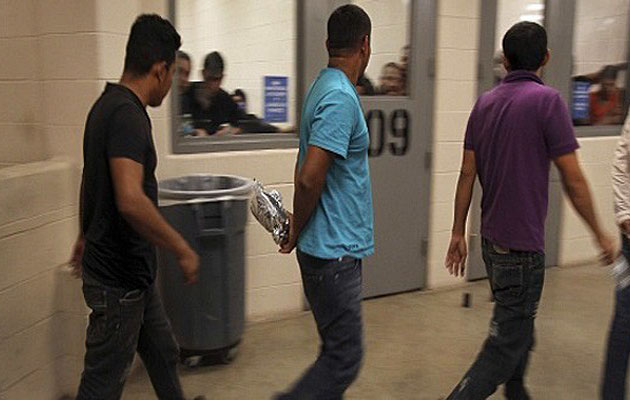 Immigrants who have been caught crossing the border illegally are housed inside the McAllen Border Patrol Station in McAllen, Texas July 15, 2014, where they are processed. (REUTERS/ Rick Loomis/Pool)

Despite the language, the arrest warrant wasn’t filed until May 26 and Amaya-Vasquez remained in the U.S. illegally for another three months when it was finally acted on following his arrest.

Separate court documents that were filed last week in New Jersey go into detail about Amaya-Vasquez’s criminal history but don’t bring up the alleged rape in February.

The man originally entered the U.S. in 2005 and wasn’t caught by police until last year when he was immediately deported. He again entered the country from the Mexican border two months later and was sentenced to 30 days in jail and received a 20-year ban from the U.S.

It is unclear when Amaya-Vasquez entered the U.S. the third time. 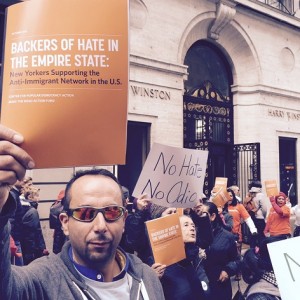