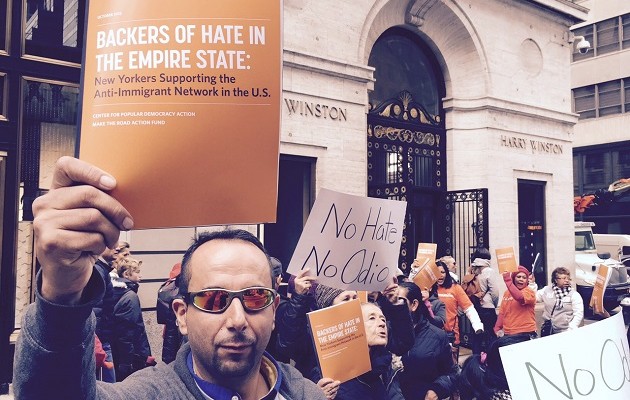 NEW YORK, NY  – Protesters called out some prominent New Yorkers ahead of tonight’s GOP presidential candidate debate, accusing them of funding a network of groups that promote anti-immigrant hate speech.

Connie Razza, director of strategic research for the Center for Popular Democracy Action, said those allegations are confirmed in a new report that identifies New Yorker Barbara Winston as a financial contributor and board member of groups that, for example, worked to restrict undocumented immigrants’ access to driver’s licenses in the wake of the 9-11 attacks.

“When Donald Trump talks about deporting all of the undocumented immigrants in the United States,” she said, “he’s really picking up the platform that these wealthy New Yorkers have been investing in, over years.”

We reached out for comment to Bruce Winston Gem where Barbara Winston serves as president. Asked to respond to the allegation that Barbara Winston funded hate speech organizations, a manager there said, “No, it is not true.”

Immigrant advocates say they protested in front of the Harry Winston Jewelers on Fifth Avenue Tuesday, because they say Barbara Winston owns that property.
Daniel Altschuler, managing director of the Make the Road Action Fund and co-editor of the report, “Backers of Hate in the Empire State,” said it calls on nonprofit groups, political parties and the news media to sever ties with the New Yorkers cited in the report and the groups they are allegedly funding.

“These are folks that have been buttressing the anti-immigrant infrastructure in this country,” he said. “It identifies these folks, and demands that they be held responsible for promoting this kind of anti-immigrant rhetoric and false facts.”

Razza said it has been a major goal of these anti-immigrant groups to get their views front and center in prime-time slots such as tonight’s GOP debate.

The report is online at cpdaction.org.

Photo: Protesters were on Fifth Avenue on Tuesday, calling attention to wealthy New Yorkers who they say are backing anti-immigrant hate speech that could once again be center stage at tonight’s GOP presidential candidate debate. Courtesy: Make the Road. 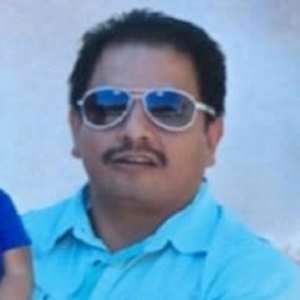