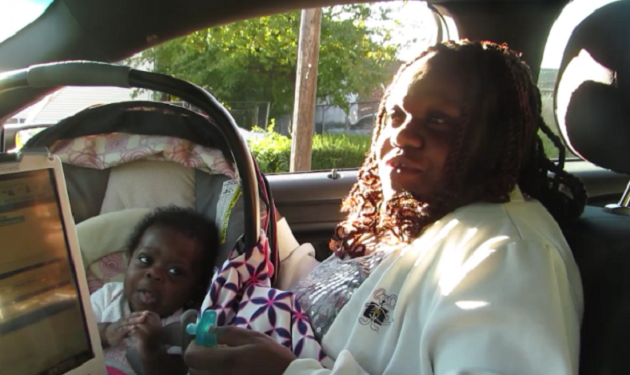 LONG ISLAND, NY – Suffolk County Police today arrested a Bay Shore woman after she allegedly left her niece alone in a running vehicle, which was subsequently stolen, while she went into a sandwich shop in Bay Shore.

Suffolk Police say Gail Solomon entered a Subway restaurant which is , located at 1735 Union Boulevard, leaving her 4-month-old niece in the backseat of her car, which was left running and unlocked, Monday morning. While Solomon was inside the store, a white man, wearing jeans and a dark sweater or sweatshirt, stole the vehicle with the baby still inside.

Suffolk County police say that Gail Solomon, pictured above with her 4-month-old niece, left her car unlocked and running with her niece in the car when it was stolen by a white suspect. Solomon was arrested for endangerment of a child, but then released. Photo: Newsday, James Carbone

Two other people got into the stolen car on Union Boulevard.

The stolen car was abandoned a short time later, with the unharmed baby inside, on Cherry Street, between Third Avenue and Fourth Avenue, in Bay Shore.

The investigation is continuing, and anyone with information is asked to call the Third Squad at 854-8352 or Crime Stoppers at 1-800-220-TIPS. 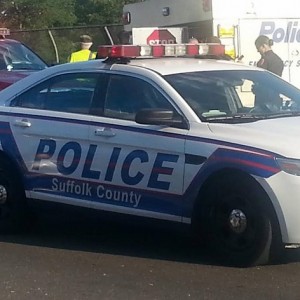