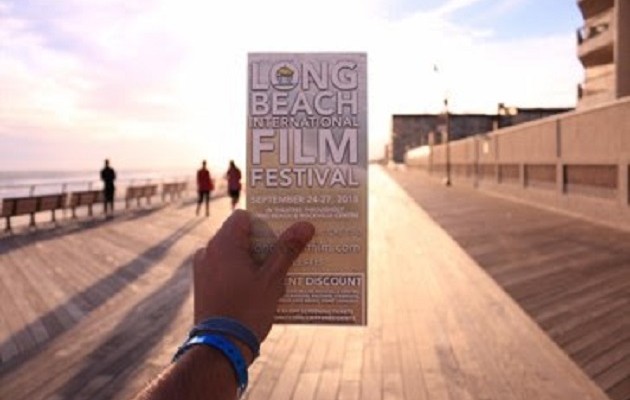 Taking place September 24-27th primarily in Rockville Centre and the City of Long Beach, LBIFF screened over 80 Films in 4 Days on 4 Screens in 3 Venues. This year, the LBIFF also screened films for the very first time in the Long Beach Cinema 4 and created a Pop-Up Theatre at the Long Beach Hotel with seating for over 200 guests. Madison Theatre at Molloy College in Rockville Centre was used again this year as the centerpiece for the opening and closing night films. The festival opened with William Forsythe present for the East Coast Premiere of “LaMotta: The Bronx Bull”, and ended with Steve Schirripa from “The Sopranos” hosting the awards ceremony and the US Premiere of “Shelter” starring Jennifer Connelley, which closed the festival. In addition to the films, the Stella Artois filmmaker’s lounges were open for filmmakers to network and eat, with food and live music available, plus many after parties at local restaurants and hotels took place daily. There was even a featured three-camera filmmaker live stream setup by Kevin Wood Media which gave you play by play interviews with host Marissa Hunter in case you missed some of the action in person.

Earlier this summer, as a precursor to the festival, Long Beach International Film Festival presented the Taste on the Beach/Shorts On The Beach event, which was to date the most attended event the festival has ever had, with over 4 thousand people in attendance and the corresponding 4th annual LBIFF doubled ticket sales from last year to this year. 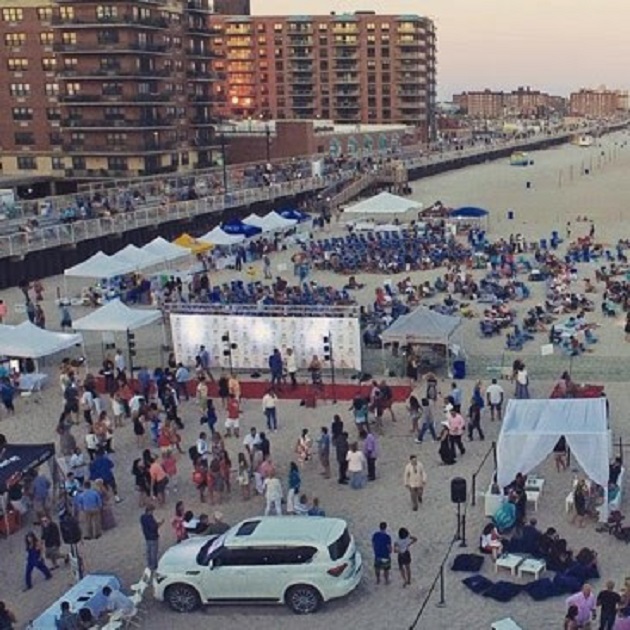 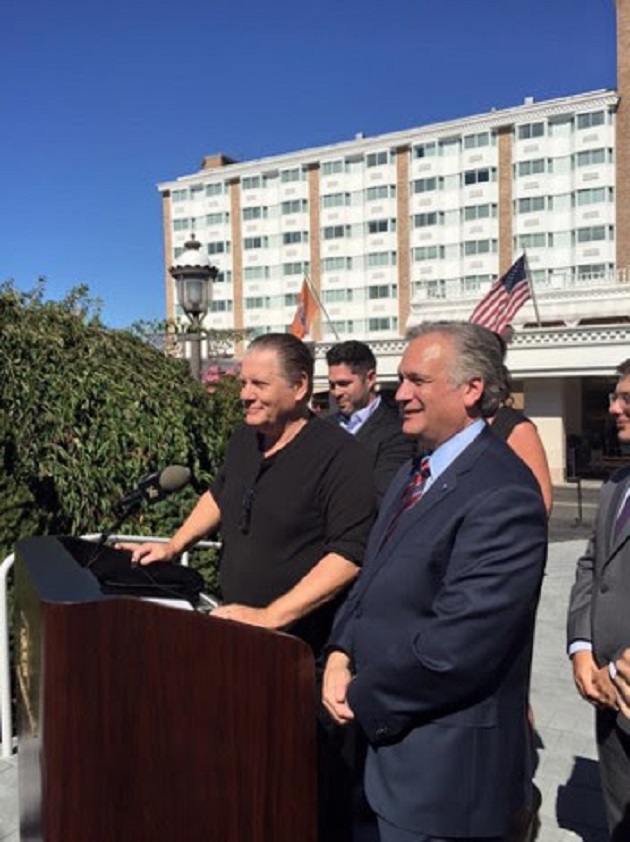 Opening Night at Madison Theatre at Molloy College in Rockville Centre began with celebrities, filmmakers and guests walking the red carpet before the New York and East Coast premiere of “Lamotta: The Bronx Bull”, a feature film from Director Martin Guigui (Hofstra Alumni) starring Lead Actor William Forsythe (Boardwalk Empire) – who were both in attendance. A cast of other notables included Paul Sorvino, Joe Mantegna and Tom Sizemore which explored the tumultuous life of boxer Jake LaMotta. As a special treat 94 year old Jake LaMotta sent a video-taped message to the film cast and crew as well as the LBIFF team sending his regards from Arizona. There was also a notable sports figure in attendance from the boxing community for this special event, Sean Monaghan, as well as Advisory Board members Producer Scott Franklin (Noah, Black Swan, The Wrestler), Director Chris Kenneally (Side by Side, True Detective), Elisa DiStefano (News 12 Entertainment Reporter) and David Kimmel (Producer PIX11) .

One of this year’s exclusive film and music events took place Saturday, September 26th as world-renowned hip-hop artist and political activist Talib Kweli was on hand for a concert film screening and Q&A in The Madison Theatre at Molloy College. This year the festival added a new category, “The Joan Jett Music in Film Series” in honor of longtime supporter Joan Jett’s involvement in the Festival and as an homage to her induction into The Rock and Roll Hall of Fame earlier this year. Talib also gave a live performance at Mesita in RVC, sponsored by QuickJam, later in the evening.  Other films in the Joan Jett Music Film Series included “All in Time”, “Landfill Harmonic” – the winner of this year’s award – and  “Lee’s 88 Keys” – a feature documentary that shares the story of 2015 Jazz Hero Award Winner, composer and pianist Lee Shaw. Shaw lived a diverse, accomplished, and charmed life but struggled with being a woman in a male dominated field throughout her career. 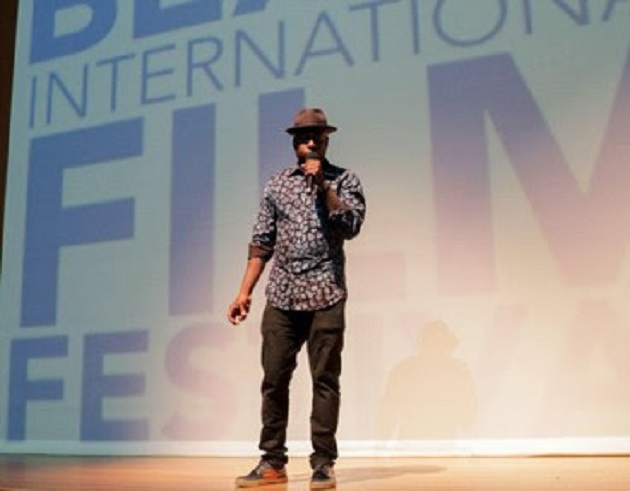 Other acclaimed titles in this year’s competition included “Till We Meet Again”, a NY based Dramatic Adventure Film by Director Bank Tangjaitrong starring John Matton and Linnea Larsdotter, that follows a couple from Thailand to their past in NY; Audience Winner of South by Southwest “Landfill Harmonic”, from Directors Graham Townsley and Brad Allgood which follows the amazing journey of a garbage picker, a music teacher and a group of children who create the most unlikely orchestra out of trash. Recently this orchestra was invited to see The Pope, and gifted him a violin made out of trash.  The documentary (Featured on 60 Minutes) screened along with environmental films “Just Eat It” & “The Burden”, the latter which included an opening statement from US Representative from New York Kathleen Rice.

Steve Shor, the festivals new programmer was with Columbia Tri-Star Pictures for 10 years and has been a festival programmer for over 16 years. This year Steve and festival directors focused on our communities. The festival had many roundtable discussions with Steve asking questions like “Tell me what your community is all about, tell me what interests them”. With that the festival focused on action sports, surfing, social issues, and environmental issues. Craig Weintraub and Steve Shor then traveled to festivals around the world to find the finest in cinema with exceptional value. The LBIFF then partnered with local non-profits like Surfrider Foundation to match the film to the cause.

LBIFF had different themes geared towards our communities interests. The Burden (LBIFF15 Award Winner) screened at Long Beach Cinema, and Congresswoman Kathleen Rice gave the opening remarks. She mentioned she had just gotten off a plane from DC, where she had the privilege of hearing the Pope speak to the US Congress about the exact same environmental issue that was in the film “The Burden” directed by Roger Sorkin.  The film brings to light the fact that the US Military is leading the fight against clean energy, and many servicemen lose their lives protecting this fuel. We incorporated the community by giving FREE admission to US Military and Waterfront Warriors.

Skudin Surf partnered with the Action Sports/Surfing Block! Body Glove Entertainment screened “Live From The Moon” which was the East Coast Premiere and also won “Best Barrel” from Surfer Magazine, preceded by the short “Pipeline and Kelly Slater” Also screening in this block was “Strange Rumblings In Shangri-la”, another surfing documentary with high performance surfing and stunning cinematography, which won “Movie of the Year” with Surfer Poll.

Some of the other stand out films were “Racing Extinction”, “For Grace” and a Steve Jobs Documentary by Alex Gibney called “The Man In The Machine”. Local filmmaker Guy Guido, director of “Physical Attractions”, was also on hand with the star Raquel Castro, who has performed each year at Shorts on the Beach, and now has a recurring role in the Fox TV hit show “Empire”.

This year the “New York Loves Film Roundtable” allowed attendees to meet the team from the NY State Governor’s Office for Motion Picture and Television Development for a round-table discussion of all things production; from producing in NY, to NY State-tax credits, location scouting, finding stages and crew, and more. This was set on the stage at Madison Theatre and helped filmmakers realize how film friendly Nassau County is, and the industry as a whole is growing exponentially here on Long Island.

Another new aspect the festival implemented was the “Housing Host”. LBIFF put out a call to anyone in Long Beach that would help the festival bring in filmmakers from all over the world and become a Host, and we had filmmakers come in from LA, Australia, Brazil, Canada, Italy, New Mexico and London.

Johanna Sofield came to the rescue, as well as many others. The Sofield family hosted 2 young filmmakers from London for 3 days, which enabled them to come see the screening of their World Premier “Automated Tellerman”. When asked “Why Long Beach International Film Festival”?, they replied: “We saw your social media, commercials and website, and said to ourselves- this place looks so beautiful! If we get into this festival, we are going” and that they did.

LBIFF also had amazing volunteers this year. Hofstra Wrestling Coach Jake Patacsil volunteered with his players by his side, all lending a hand in creating something special. Every festival has an Arts Council in their community who play a HUGE role in keeping them alive and helping them grow, so with the formation of the new LBIFF arts council, they are hopeful and excited to have other members of the community reach out and partner as well. 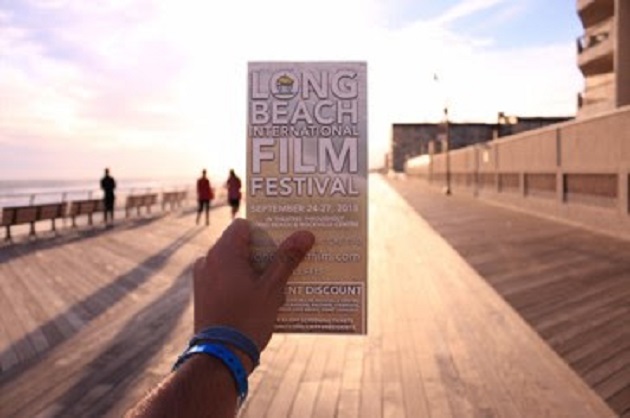 Many movie lovers attended all four full days with pass purchases and others stuck to single screenings as the festival presented an enormous roster of over 80 films, including feature-length narrative, documentary, short and animated movies from around the world. These films competed for a series of Audience Awards, Jury, and Festival Honors. The winner of Best Feature Film received one complimentary studio day at Grumman Studios in Bethpage, NY along with the services of a colorist from Technicolor to assist in a future project. Kravit Jewelers was also a proud supporter of the LBIFF. Each year in collaboration with designer Idayne, (Designer to stars such as Cameron Diaz, Miley Cyrus and Joan Jett)  they customized a piece of jewelry and present it to an award winner to celebrate their achievement.

The City of Long Beach also helped with transportation. The Long Beach Trolley helped transport ticket holders, US Military and the Waterfront Warriors to venues in town at no charge to encourage them to see as many films as possible. This is a community coming together to spread the word, and encourage people to buy dinner and watch films they would never get a chance to see.

The Long Beach International Film Festival celebrates the art of storytelling through cinema. Presenting shorts, fiction and documentary formats, the festival is committed to exhibiting films that convey a fresh voice and differing perspectives. With past celebrity attendance including such big names as actors Burt Young, Scott Franklin, Daniel Baldwin, and Richard Pryor Jr.; Musicians Joan Jett and Dee Snider; comedian Joey Kola, and UFC fighter Chris Weidman! The goal of these programs is to captivate, engage and enlighten audiences, provide invaluable exposure for filmmakers and present inspired entertainment.  www.longbeachfilm.com 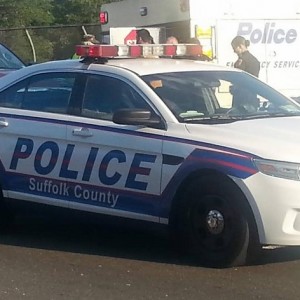 LONG ISLAND, NY - A Suffolk County Police officer saved a man who lit himself on fire in an attempt to commit suicide in Stony...