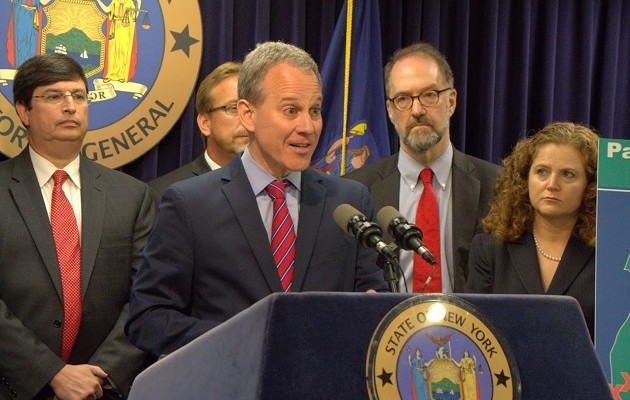 “This is an exciting and important new partnership that will greatly assist our efforts to bring sex traffickers to justice and return their victims to safety,” said Attorney General Schneiderman. “Working with Facebook, we will open a new front in the fight to make online sex trafficking a thing of the past. Facebook has been a great partner in my office’s work to protect children in the past, and I am very pleased to be working with them again on this critical new effort.”

“I commend Attorney General Schneiderman on this creative, new partnership that will utilize the latest technology, both to help identify and assist the youngest victims of the heinous crime of sex trafficking ? which has become an international crisis ? and enable law enforcement to identify the traffickers and hold them accountable,” said New York Chief Judge Jonathan Lippman.

“Facebook is pleased to be working with Attorney General Schneiderman on his efforts to combat the scourge of human trafficking. We look forward to helping the Attorney General and his staff bring attention to this important issue,” said Will Castleberry, Facebook’s director of state public policy.

As part of the initiative, the Attorney General’s office will work with Facebook to develop algorithms that will identify evidence of trafficking in these online advertisements, including pattern analysis of ad language, phone numbers, images, and other data, as well as identification of missing children who appear in advertisements for commercial sex. When advertisements including potential victims of trafficking are identified, the Attorney General, in conjunction with other law enforcement partners and victim’s support groups, will take immediate action. 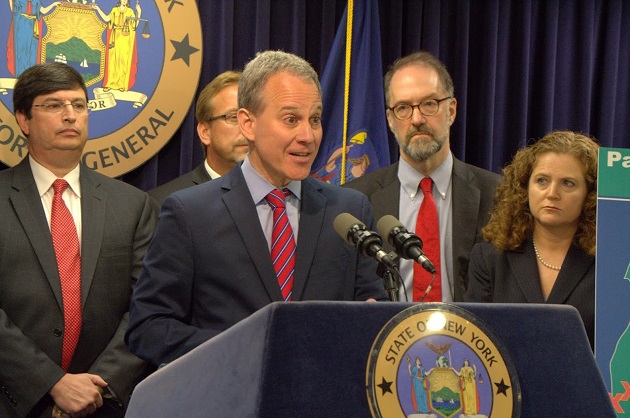 The problem of human trafficking in online sex advertisements is well known among law enforcement. In 2009, a Maryland man pleaded guilty to sex trafficking of three minors. According to the U.S. Immigrations and Customs Enforcement Agency, the man “obtained Jane Doe 1, Jane Doe 2 and Jane Doe 3 for the purpose of advertising them and providing them for commercial sex acts…On April 20, 2009, Thompson created a Craigslist posting advertising sexual services and containing a photograph of Jane Doe 3. In 2011, the Federal Bureau of Investigation obtained a guilty plea from a Texas man who “posted prostitution advertisements on the Internet site Backpage.com depicting [the victim] and offering commercial sex services.” And in 2013, a DC cop was accused of prostituting more than a half dozen girls, posting nude pictures of them on Backpage.

Attorney General Schneiderman’s office is committed to prosecuting sex trafficking. For instance, in October 2013, the Attorney General’s Organized Crimes Task Force announced the arrest of three members of a sex trafficking ring that operated in Syracuse, Watertown, Ithaca, and elsewhere in New York State. The ring leader preyed on women and girls as young as 15 years old, recruiting them to work for sex. In certain instances, he intimidated them with the use of physical force to compel them to commit acts of prostitution, and supplied them with cocaine, heroin, and MDMA to keep them ensnared.

In 2014, the Attorney General partnered with Facebook and Instagram to develop new policies to curb the sale of illegal firearms online. Facebook agreed to remove reported user posts that seek to circumvent state gun laws, take action action to prevent minors from viewing posts that aim to sell firearms, and provide education to better inform law-abiding private sellers on guns.

Rep. Rice Calls for Select Committee to Investigate Gun Violence, "Over 30,000 Killed by Guns Each Year in U.S." 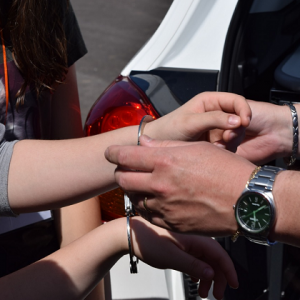 NEW YORK - A bill reinforcing the state ban on shackling incarcerated women during childbirth passed the Legislature in June,...