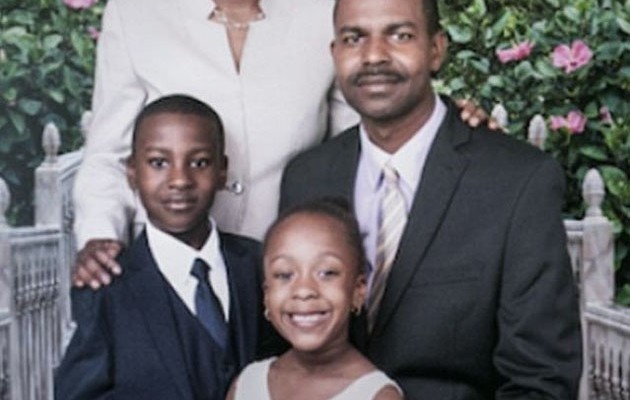 LONG ISLAND, NY – The Queens man arrested last month for driving drunk and leaving the scene of a fatal crash on the Southern State Parkway after he rear-ended a car killing a St. Albans father and his two children pleaded not guilty to the top count of aggravated vehicular homicide and 39 other charges – including crimes alleging his participation in a credit card fraud ring – at his arraignment in Central Islip yesterday, August 27, 2015, Suffolk County DA Thomas Spota said.

If convicted of the top charge Oniel Jr. would face up to 25 years in state prison. He is also charged with vehicular manslaughter, manslaughter, leaving the scene of a fatal accident, driving while intoxicated, tampering with physical evidence, following too closely, reckless driving, speeding, failure to maintain lane, failing to signal, and failing to stay in his designated lane, as well as 23 charges of criminal possession of a forged instrument in the second degree.

Oniel Sharpe Jr., 24, of Springfield Gardens Queens, is charged with leaving the scene of a fatal crash, vehicular manslaughter, manslaughter, driving while intoxicated, tampering with physical evidence, following too closely, reckless driving, speeding, failure to maintain lane, failing to signal, and failing to stay in his designated lane, as well as 23 charges of criminal possession of a forged instrument in the second degree. Sharpe pleaded not guilty to the charges yesterday in Central Islip. Photo SCDA.

The forged instrument counts are for the 23 counterfeit cards investigators found hidden in the steering column of the BMW X-5 Sharpe was driving.

Demetri Stewart of Cambria Heights Queens, the man who drove Sharpe away from the crash scene, delaying Sharpe’s arrest by over four hours. Stewart, 23, is charged with leaving the scene of a fatal accident, hindering prosecution, criminal facilitation, making a sworn false statement and possession of marijuana. 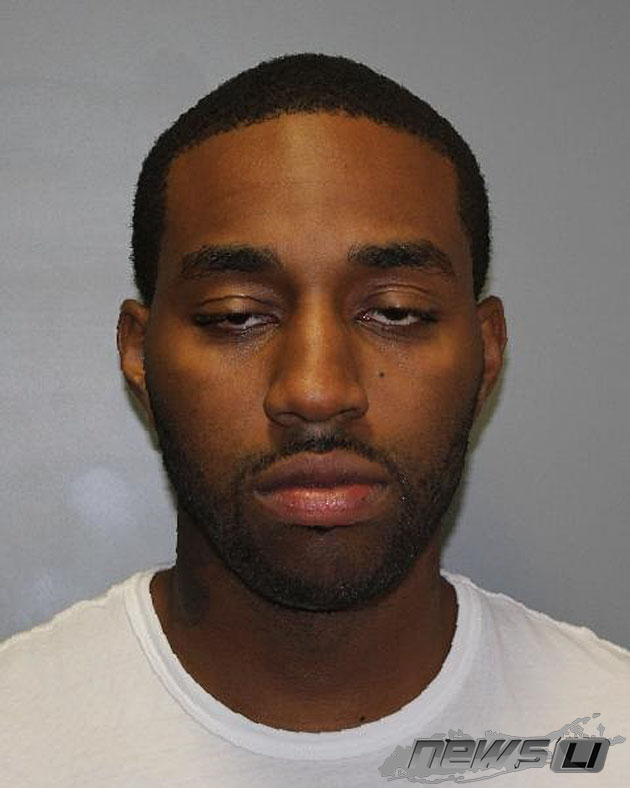 Courtney Sharpe, 24, of Springfield Gardens Queens who pleaded not guilty to two counts of criminal possession of a forged instrument and two counts of attempted identity theft.

Sheon Richards, 23, of St. Albans, who attended the barbeque with Sharpe and drove his BMW 328 sedan on the Parkway recklessly, weaving in and out of traffic with Sharpe, admitted to detectives that he was driving at speeds in excess of 90 miles per hour.

“Remember, Sheon Richard’s is going 90 – 95 mph and he told investigators that at that speed, his friend, Oniel Sharpe Jr., is catching up to him – in fact witnesses who saw Sharpe’s car weaving from lane to lane estimate his speed to be between 120 – 130 mph,” District Attorney Spota said.

“So what we have occurring in the minutes just prior to this deadly crash – there’s two men driving high performance BMW vehicles driving recklessly at extremely high rates of speed on the parkway after drinking at a party, and, as we know now, Oniel Sharpe is intoxicated,” said Spota. More than four hours after the crash “during which time the alcohol he (Sharpe) consumed is dissipating” the DA said. Oniel Sharpe Jr. finally surfaced at his mother’s home in Rockville Centre where he was arrested by State Police Investigators.

Richards is charged in the indictment with speeding, reckless driving, reckless endangerment and failure to maintain lane.

During the news conference with Suffolk County Executive Steve Bellone, District Attorney Spota said Sharpe and Stewart didn’t attempt to render aid at the scene and “instead the pair shamelessly sought to cover up their involvement in the crash by discarding evidence, leaving the scene and intentionally misleading and lying to investigators.”

A 12 second video the district attorney showed to reporters showed Sharpe, with the burning wreckage of the victims’ car in the background, retrieving a bottle from the backseat of his car and heaving the object away from his vehicle. Accident investigators later retrieved the clear glass bottle of Patron Tequila from the brush near the crash scene. 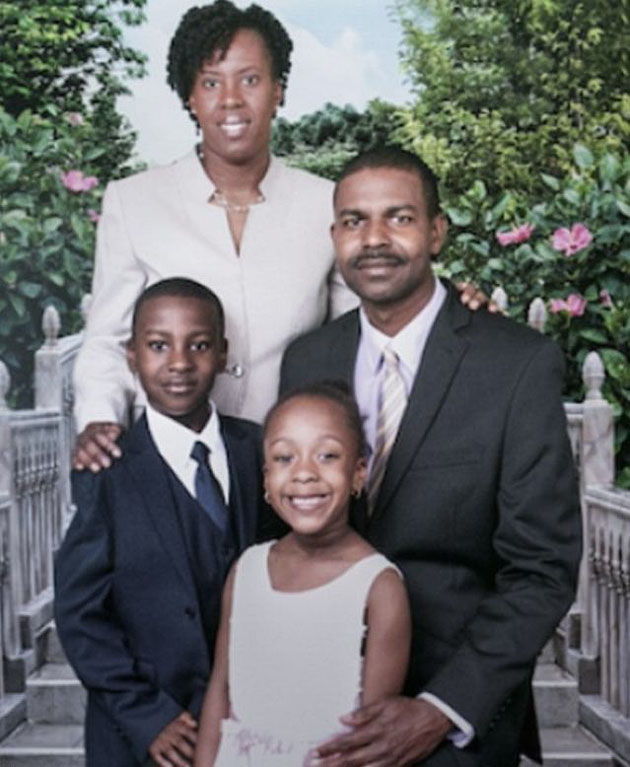 A mother, Lucnie Bouaz-Ostane, was pleading for help as her husband and children Ancio Ostane, 37, 8-year-old Andy and 4-year-old Sephora, sat trapped inside a car on fire, prosecutors said. Photo credit to Family Handout.

Suffolk County Executive Steve Bellone joined the DA at the news conference to renew the call in New York State for increasing the amount of prison time faced by a driver who decides to leave the scene of a fatal accident. “This is the textbook example of a drunk driver who tries to evade responsibility for his actions and sober up before encountering the police. This driver didn’t resurface until four hours after he rear-ended this car and destroyed an innocent family,” County Executive Bellone said. “A driver convicted of that kind of behavior should face 15 years in prison upon conviction – eight more years behind bars than what today’s law provides.”

District Attorney Spota said the charges of credit card fraud in the indictment lodged against Oniel Sharpe and his cousin Courtney sprang from the discovery of 23 fraudulent credit cards state police investigators concealed in a pocket at the base of the steering wheel column. 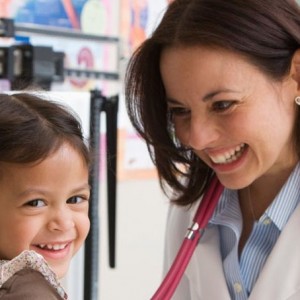 by Andrea Sears NEW YORK - Many children are about to start school for the first time, but doctors say the key to successful...