NEW YORK, NY – Beginning Thursday, August 27th, 2015, Grammy Nominated R&B singer, songwriter, and producer Trey Songz will be making his way to several NYC and Long Island hot-spots for exclusive appearances, tastings, and bottle signings promoting his recent partnership with the the eXotic new “SXLiquors” brand. With hits like “Can’t Help But Wait”, “Say Aah” and 2009’s Billboard Hot 100 smash hit “Bottoms Up” — Songz has topped the charts time and time again since his 2005 debut “I Gotta Make It”, and now with the release of 2015’s “Intermission I & II” and a Reloaded addition of 2014’s “Trigga” Trey’s taken this exciting partnership out on the road promoting the brand he’s called “very special, sexy, fun, and magical”.

Trey Songz – “Bottoms Up” featuring Nicki Minaj [Official Video]. The song serves as the lead single from his fourth studio album, Passion, Pain & Pleasure. It is Songz most successful single peaking at #6 on the Billboard Hot 100. Views: 78,077,000+ on YouTube.

Coming to the forefront in 2005, Trey Songz released five albums within the first decade of his career, peaking in the Top 20 of the Billboard 200 Chart, with 15 solo singles hitting the Top 10 of the Hot R&B/Hip-hop chart. As one of the few R&B artists sustaining mainstream status, he’s collaborated with his main inspiration- R. Kelly, along with a slew of other in-demand names from Diddy, Mary J. Blige, and Scarface to Bun B. and Toni Braxton. Having released several mixtapes under the alias “The Prince of Virginia” in the midst of collaborations with Lil’ Kim, Trina, and Snoop Dogg- his debut of “I Gotta Make It” off Atlantic Records cemented him as the real deal with an introduction from Aretha Franklin and productions from Warryn Campbell, Taylor, and more. Now with 2015’s extended version of his “Intermission” mixtape and the revised edition of 2014’s “Trigga”, Trey’s proven to be a multi-format favorite with Rhythm, Mixshow, and Mainstream radio with the first single “Slow Motion”, as well as the accompanying video becoming a YouTube phenomenon with over 50 million views.

Now as the new face of SX Liquors, beginning Thursday, August 27th, 2015, Songz will be taking to the streets for “Trey Songz Presents #SXintheCITY”, a four-day campaign that will bring the artist to hot spots across Manhattan and Long Island.

Now as the new face of SX Liquors, Songz will be taking to the streets for “Trey Songz Presents #SXintheCITY”, a four-day campaign that will bring the artist to hot spots across Manhattan and Long Island. Below are dates and times which are confirmed appearances.

SXLiquors– a new line of premium spirits has been rapidly expanding since announcing the partnership with Trey Songz on Valentine’s Day this year. The “S” in SX’s name stands for Sensual and the “X” comes from eXotic, and the drinks and contoured bottles from which they pour are both. The SX spirits range includes two tequilas, two rums, and two vodkas, all made in Mexico with a variety of barrel aging and infusions giving them a unique and softer taste ideal for the female palette. SXchachacha (Featured in Songz video “Slow Motion”), is a 100% blue agave reposado tequila with a hint of honey and the exotic bite of Mexican lemons. The full range was also recently featured in Songz new single video release “About You”.

The company is engaging its core consumers through a fun campaign called #DemandSX where Trey’s fans can go on line and demand SX for their City, State and local stores. The brand is one of the first of its kind to appeal to women, and CEO David Knight has said of the recent partnership with Songz- “Trey and SX are already proving to be a perfect combination. – Sexy, Fun, and Female focused” 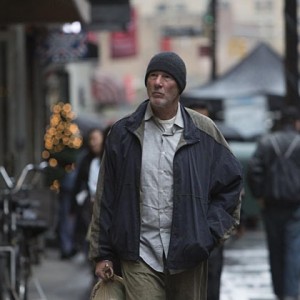