According to police, Joseph Alyward, 44, of Greenlawn was operating a 2012 Harley Davidson Legend east on Little Plains Road, when he apparently lost control of the bike near Hillock Court in Elwood. The man, who was wearing a helmet, struck his head on a curb. He was transported to Stony Brook via Suffolk County Police Helicopter where he was in critical condition.

There did not appear to be any other vehicles involved in the crash. Detectives are asking anyone who may have witnessed this crash to call the Second Squad at 631-854-8252. 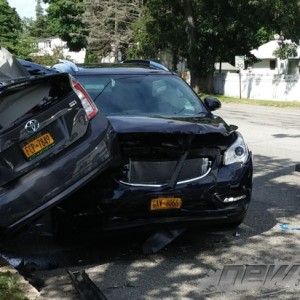