LONG ISLAND, NY – Nassau County Police have arrested a Plainview man for Burglary on Monday, August 17, 2015 at 5:00 P.M. in Woodbury.

According to Second Squad detectives, on Friday, September 26, 2014 at 1:30 A.M. Melody Dry Cleaners, located at 2050 Hempstead Turnpike, East Meadow had been entered and an undisclosed amount of cash, clothing, and two computers were removed from the store. A van was also taken from the parking lot.

Rafael Sanchez, 24, of Plainview, charged with two counts of Burglary 3rd degree, Grand Larceny 4th degree and Criminal Mischief 4th degree. The fact that a defendant has been charged with a crime is merely an accusation and the defendant is presumed innocent unless proven guilty.

On the same date, at 6:30 A.M., Pampers Cleaners, located at 505 Plainview Road, Plainview had been entered through an exhaust duct. An undisclosed amount of cash was taken from the store and the suspects fled in an unknown direction. The van from the East Meadow incident was found at the scene of the Plainview incident.

A near year-long investigation revealed Rafael Sanchez, 24, of Plainview, along with a suspect not yet apprehended, were the suspects in this crime. Sanchez surrendered to Second Squad detectives at the Second Precinct. Sanchez is charged with two counts of Burglary 3rd degree, Grand Larceny 4th degree and Criminal Mischief 4th degree. He will be arraigned on Tuesday, August 18, 2015 at First District Court in Hempstead. 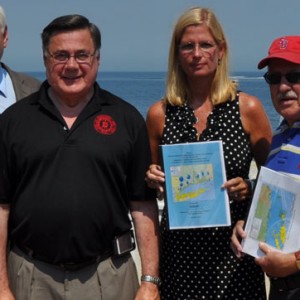