AccuWeather: Weekend Downpours to Bypass Northeast as Much of Long Island, New York in Moderate Drought

NEW YORK, NY – AccuWeather reports a slow-moving, autumnlike storm system will bring locally drenching rain and isolated flash flooding from parts of Virginia and Maryland to the Carolinas into the weekend.

Meanwhile, a pocket of dry air that has been lingering over parts of the Ohio Valley and Northeast much of this week will continue to hold on.

As a result, the rain is likely to stay south of the Mason-Dixon Line. Only if the storm becomes strong enough and tracks farther north than now anticipated will parts of Long Island and southeastern New England catch some rain.

While the ongoing dry weather in the Northeast may not be so good for gardeners and golf courses, people with outdoor plans should not see any interruptions from rain.

According to AccuWeather Senior Meteorologist Kristina Pydynowski, “Despite some clouds early on this weekend, most people in the Northeast should not have to grab umbrellas out of the closet or anticipate rain delays at area ball games.”

Only spotty showers will brush southern New Jersey, central Delaware and the eastern shore of Maryland.

For those traveling along the Interstate-95 corridor, dry travel is in store from Baltimore to Philadelphia; New York City; Hartford, Connecticut; Boston; Portsmouth, New Hampshire; and Portland, Maine.

“The southern track of the storm system will keep heat and high humidity suppressed out of the Northeast this weekend,” Pydynowski said.

Along the southern Atlantic Seaboard, some of the storms can become locally severe with damaging wind gusts into Friday night.

The storm system has the potential to bring 1-2 inches of rain to the coastal areas of the South. There can be flash flooding in these areas. Locally higher higher amounts are possible, where thunderstorm downpours persist. Sporadic delays along I-95, due to downpours, ponding and poor visibility are likely from Rocky Mount, North Carolina, to Jacksonville, Florida.

Since the rainfall will concentrate near the coast from this point forward, the area from the southern Appalachians to the Piedmont will receive only spotty downpours.

As the storm swings out to sea during the weekend, clearing will expand into much of the South, the mid-Atlantic and southeastern New England. Parts of the Carolina coast, southern Georgia and northern Florida may remain unsettled with showers and thunderstorms.

According to AccuWeather Meteorologist Andy Mussoline, “The storm will not bring beneficial rain to [drought-stricken] southeastern Florida.”

There is a chance of widespread downpours in the Eastern states during early next week.

Portions of New England and much of Long Island, New York, are in moderate drought and could stand a general soaking rain. Islip, New York, has received only about 50 percent of the average rainfall since April 1, 2015. Rainfall has been 60 percent of average in Plymouth, Massachusetts, since the end of February.

Conditions are generally moist to seasonably dry from upstate New York and much of Pennsylvania to Virginia and the Delmarva Peninsula.

Portions of the Carolinas are experiencing severe drought conditions.

Even where some rain does fall on drought areas, more rain will be needed on a regular basis to overcome the very dry conditions. The August sun is still capable of evaporating much of the rain that falls within a few days. 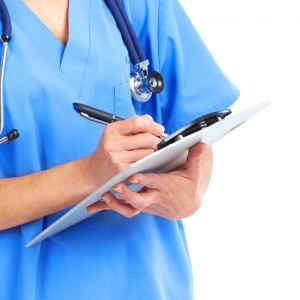