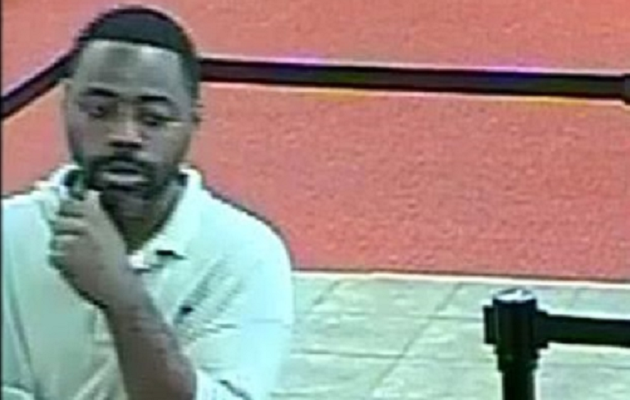 LONG ISLAND, NY – The Major Case Bureau reports the details of a bank robbery that occurred on Tuesday, August 11, 2015 at 1:01pm in West Hempstead.

According to Robbery Squad detectives, an unknown male suspect entered the Bank of America located at 60 Hempstead Avenue, approached a teller and made a verbal demand for money.  After obtaining an undetermined amount of US currency, the subject fled on foot eastbound on Hempstead Avenue.

Nassau County Police are asking for assistance in idenfitying the suspect pictured above who robbed Bank Of America in West Hempstead yesterday August 11. The suspect is described as a male black, 5’5”, in his 30’s, thin build, unshaven and wearing a tan shirt.

The suspect is described as a male black, 5’5”, in his 30’s, thin build, unshaven and wearing a tan shirt.  There were four employees and no customers present at the time of the Robbery.  No injuries were reported.

Detectives request anyone with information regarding this crime to contact Nassau County Crime Stoppers at 1-800-244-TIPS.  All callers will remain anonymous.

LONG ISLAND, NY - The shooting suspect arrested by Suffolk police detectives on July 31 after a confrontation in a Bay Shore...