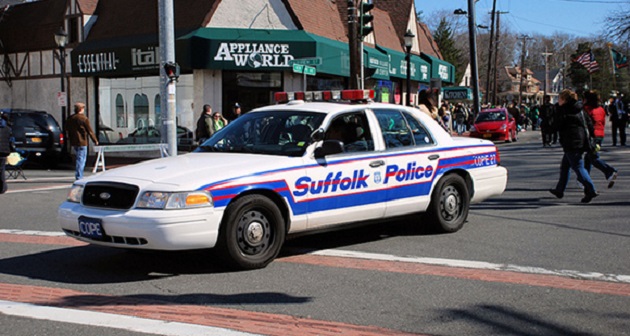 NEW YORK – Suffolk County has recorded 40 hate crimes this year, including an unsolved attack on a Guatemalan immigrant in Farmingville who was beaten by three men just after midnight on June 30.

The 42-year-old victim, identified only as “Juan,” said he was riding home from work when three men got out of a pickup truck and savagely beat him. Detective Sergeant James Brierton with the Suffolk County Police Department says the Hate Crime Unit has been in regular contact with the victim since the incident.

“We’ve had him out with us driving through the neighborhood, trying to identify any of the vehicles that may have been involved,” says Brierton. “We’re using the information he’s given us to try to identify either the vehicles or the persons involved.”

According to Brierton, there were 88 hate crimes in Suffolk County in 2014. He says the department is complying fully with the requirements of its 2013 letter of agreement with the U.S. Department of Justice about how hate crimes should be investigated in the county.

Brierton says the Suffolk Police Department complies with numerous Department of Justice (DOJ) requirements on a daily basis. One involves outreach to an affected community after an incident – in this case, Latinos in Farmingville.

“As far as this incident and the DOJ goes, we’ve made sure to reach out to community members to make sure they knew we had an incident,” he says. “I went, myself, and a Spanish-speaking lieutenant. We attended Spanish mass, and spoke to the people at that mass. We handed out flyers trying to solicit any information on any incident.”

Brierton says in terms of trends, 2014 also saw a spike in crimes against the elderly. Burglaries and thefts can fall into the hate-crime category when they target older victims. He notes anti-Semitic hate crimes have dominated in the county over the years.

“The majority of incidents that come into us are very often swastikas, or Hitler-related markings in schools, on school property, or in the back of buildings,” says Brierton.

Anyone with information on any hate crime incident in Suffolk County is urged to call (631) 852-6323.

Public News Service will feature a report tomorrow on reaction from local immigrant advocates who say the Suffolk P.D. is making progress, but more needs to be done.