16-Year-Old Brooklyn Teen Who Was Passenger Of Stolen Vehicle Arrested After Driver Takes Off, Police Say

LONG ISLAND, NY – Second Squad detectives report the arrest of a Brooklyn man for an incident that occurred on Thursday, August 06, 2015 at 1:23 am in Jericho.

According to detectives, a Second Precinct officer, while on patrol, received a “Lojack” notification indicating the local presence of a stolen vehicle. After tracking the signal, the officer was directed to the parking lot of the Hampton Inn, 120 Jericho Turnpike where he spotted the stolen vehicle that was occupied by two males.

Eduardo Carbucia, 16 of Brooklyn was arrested and charged with Unauthorized Use of a Vehicle 3rd Degree. The teen was a passanger inside the stolen vehicle. He will arraigned in First District Court, Hempstead today, 08/06/2015.

The driver, who exited the vehicle, fled the scene on foot and has yet to be arrested. The passenger, Eduardo Carbucia, 16, was placed under arrest without incident.

Carbucia is charged with Unauthorized Use of a Vehicle 3rd Degree and will arraigned in First District Court, Hempstead today, 08/06/2015. 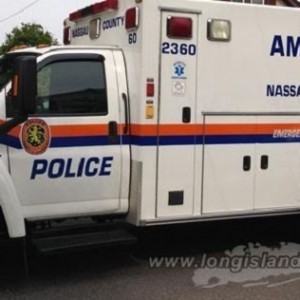 LONG ISLAND, NY - The Second Squad reports the arrest of a Baldwin man for Grand Larceny that occurred in Farmingdale on Wednesday,...