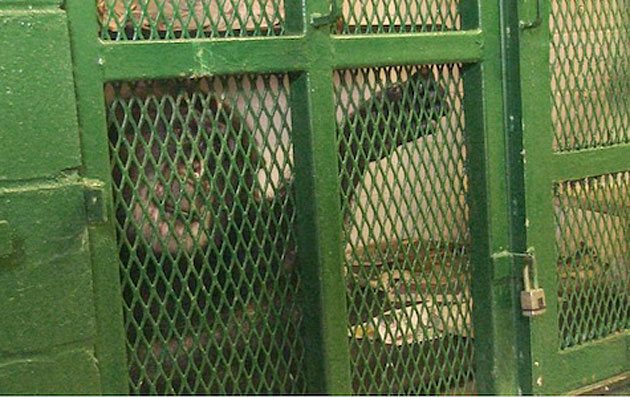 “For the first time, it found that a human organization had standing to sue on behalf of a nonhuman animal,” he points out. “She rejected the so-called slippery slope argument that if you gave rights to a chimpanzee, then you’d start having to give rights to other animals.”

Stony Brook says the chimps are no longer needed and will be leaving the university soon. But Wise says if the chimps don’t go to an appropriate sanctuary, the Nonhuman Rights Project will request that the court block any move while it appeals Jaffe’s ruling.

Similar lawsuits seeking freedom for Tommy and Kiko, two other chimps in New York, have been unsuccessful at the lower court levels. But Wise says the final words of Jaffe’s 33-page ruling give hope that success will come someday soon.

“‘For now, however, given the precedent to which I am bound, it is hereby ordered that the petition for a writ of habeas corpus is denied,'” Wise relates. “I think that shows you that she’s thinking that there may indeed be another day.”

PHOTO: Animal rights organizations say chimpanzees are intelligent and self-aware, and are working to free them from research facilities. Photo courtesy of Nonhuman Rights Project.

LONG ISLAND, NY - Suffolk County Police arrested a man on Friday, July 31, 2015 in connection with a shooting at a barber...