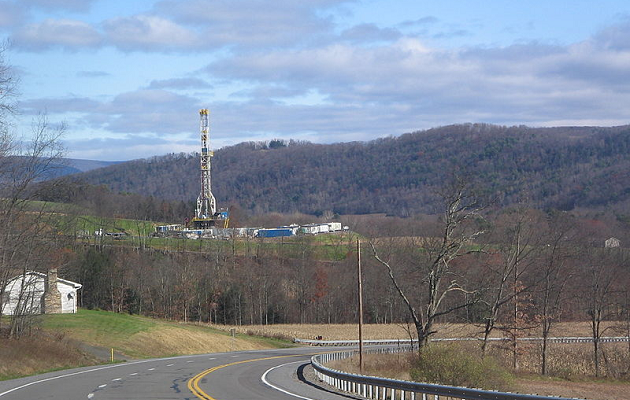 NEW YORK – A new study has added weight to health concerns that contributed to last month’s official ban on hydraulic fracturing, or fracking, for natural gas in New York State.

The research is from the University of Pennsylvania and Columbia University.

Dr. Reynold Panettieri, deputy director of Penn’s Center of Excellence in Environmental Toxicology, says researchers compared residents of two Pennsylvania counties with large numbers of gas wells, to those in a county with no wells at all.

“And what we found is those individuals closer to active wells were more likely to be hospitalized for cardiovascular disease,” he states.

New research that compares communities with and without fracking activity indicates some additional health risk for people who live near active well sites, but doesn’t pinpoint the possible reasons.

The report says people living in areas with high concentrations of fracking were predicted to have a 27 percent increase in heart-related hospitalization rates for each year the wells were active. Increases were also seen in hospitalizations for cancer and neurologic ailments.

While the study shows a clear association between gas drilling and increased health problems, Panettieri says further research will be needed to determine exactly which pollutants are responsible.

And while fracking may bring economic benefits to communities where wells are drilled, he says the health consequences cannot be ignored.

“The cost side is going to be potentially the costs for increases in health care utilization,” he maintains. “That needs to be factored in the equation.”

The ban on hydraulic fracturing for gas in New York State is not permanent, and may be subject to legal challenge.

UPDATE: Nazario was found deceased. According to SCPD the cause appears to be non-criminal. LONG ISLAND, NY - The Suffolk...