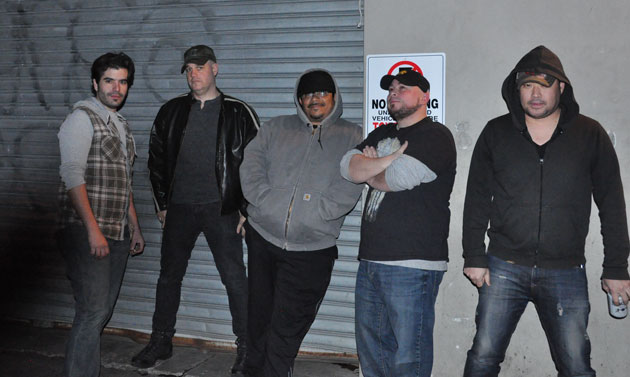 LONG ISLAND, NY – New York heavy metal rock band, Hedbox, will be playing the Amityville Music Hall on Thursday night, June 25 2015. The five member band, made up of members of the former System in Chaos and Sins and Needles, plays all original music with a wide variety of influences.

“In all my years of playing, I don’t know anyone that sounds like us or that we sound like,” said lead singer, Ev Newman from Copiague. 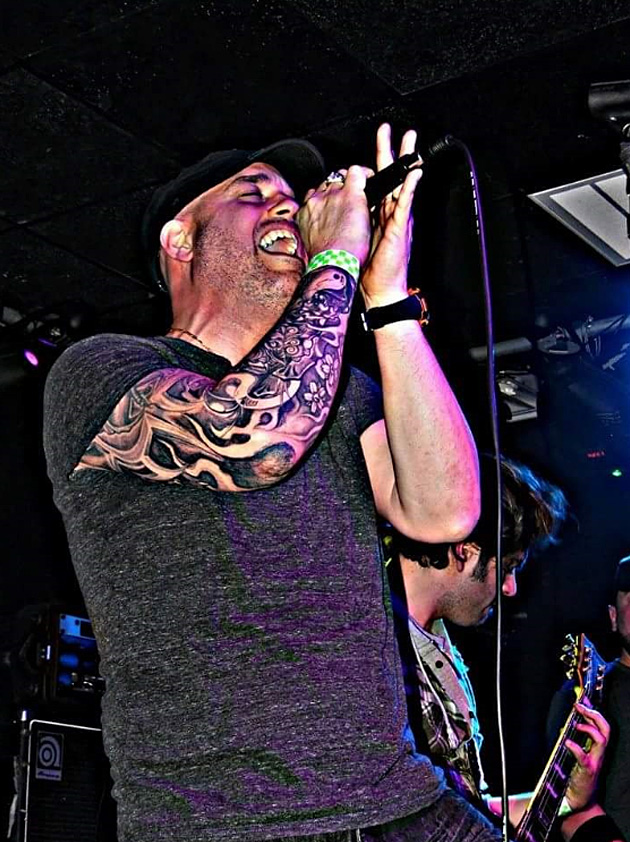 In the short time the band has been together as Hedbox, made up of Jorge Garcia from Brooklyn on guitars, Tom Fanelli from Garden City also on guitars, bass player Don Falcone from West Babylon, drummer “X” from Brooklyn and vocals by Newman, they have created quite a following. They have opened for the national act “Eve to Adam” at Blackthorn 51 in Queens, played at the Crooked Rail in East Northport and a USO show for benefiting the NYPD hosted by the Real Radio Show at the Amazura Concert Hall where there were many national acts. 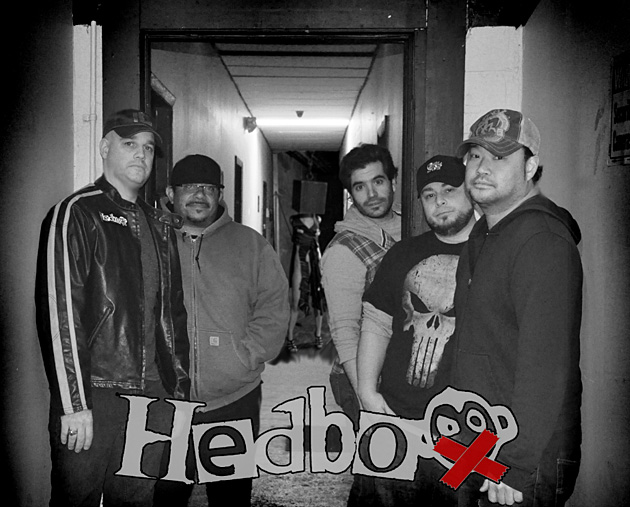 The five member band, made up of members of the former System in Chaos and Sins and Needles, plays all original music with a wide variety of influences.

“We auditioned, they liked us and now they’re setting us up with some recording,” Newman said. “We’ll be recording with a well-known producer and engineer. We’re on board for two songs.”

Newman has known he wanted to be a lead singer in a metal band since he was nine. That’s when his aunt took him to his first concert. The lineup was Ozzy Osbourne, Motley Crue and KISS.

“This was the greatest thing I ever saw in my life,” Newman said. “I’m not a KISS fan but watching them in their make-up was amazing. I’m a big Motley Crue fan. I saw all the leather and the girls and I wanted to be a lead singer of a band.” 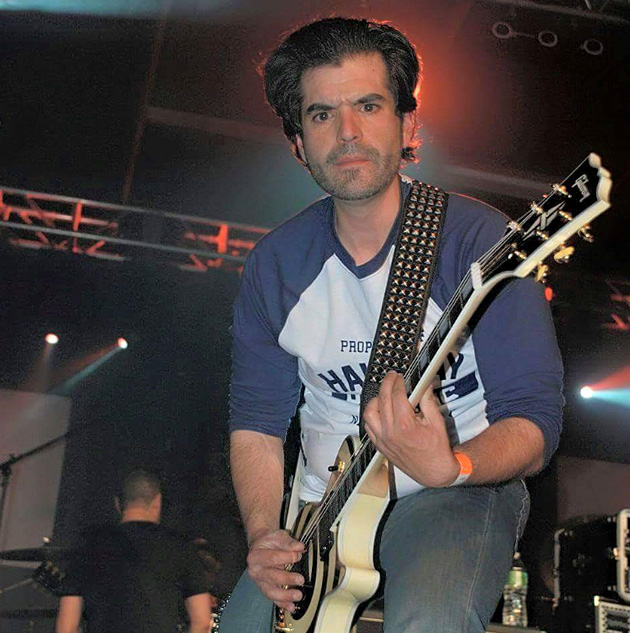 Jorge Garcia from Brooklyn on guitar.

At age 11 his dream came true, and he was the lead singer in a band.

“We played a lot of covers,” he said. “The guys in the band were older and they were impressed I knew all the words. I learned a lot about guitars and playing as a group.”

These days Newman says he likes the heavier music. “I like the beats. I like the heavy crunch of the guitars,” he said.

But he considers himself more of a writer then a singer. 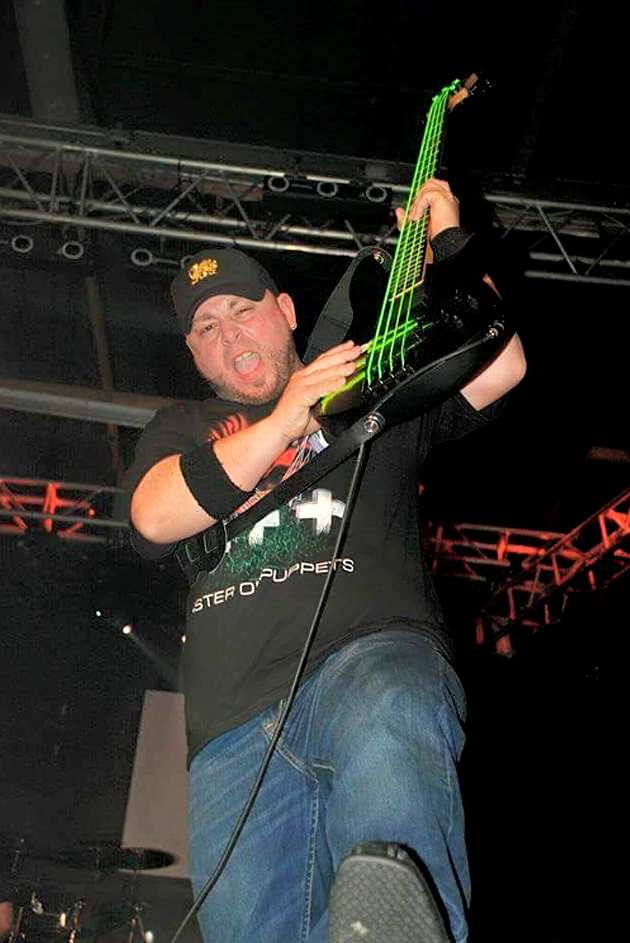 “I really like the writing,” he said. “This kind of music matches well with my writing style. It’s funny because I’m a pacifist in real life. I’m very easy going. I have a different persona on stage. I prefer the darker side on a theatrical level.”

Newman said he always writing stories, lyrics and poems and that he writes about everything all the time.

“I play guitar but not very well,” he said. “I’m good at writing songs and give it to real guitar players. There are large choruses in the songs. The guys give me a lot of room.”

“I write about everything,” he continued. “Whether it’s good or bad. If it’s a cool idea for a song I’ll exploit it.”
He based one of his songs on a ghost story he heard in New Orleans. Guitarist Tommy Fanelli wrote a southern riff and Newman wrote a song that was true to the actual story. 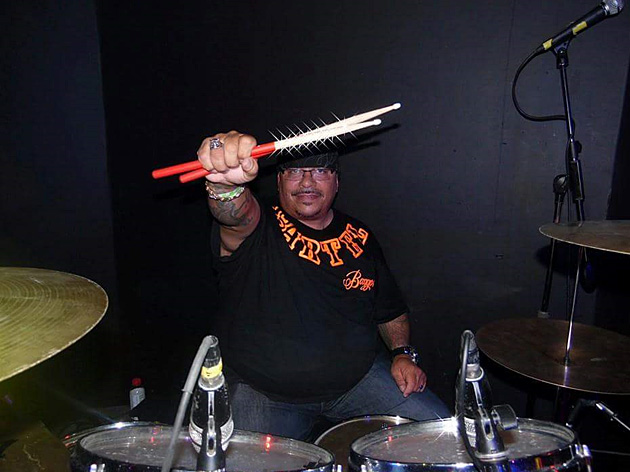 Newman loves being on stage.

“I love the high of hitting the right note that goes with the lyrics I write,” he said. “That high can’t be reproduced. I love watching people mouthing the chorus and moving their heads.”

It’s great to play with good friends, he says of his fellow band mates.

In the future Hedbox will be playing Evenflow in Bay Shore where Danny Wiseman is the owner. “He books a lot of national acts and is a big fan of [showcasing] local bands,” Newman said.

There is a show in the works that is set for August. It will feature Hedbox and a reunion of Sins and Needles, Newman’s former band. Hedbox will be recording in September and playing The Real Radio Show. There is a two show event in one day that’s in the works.

“It’s just getting started,” Newman said. “We have a good repertoire. We have our own studio where we are polishing and getting nice and tight. This is just the beginning. We don’t know where it’s gonna take us!”

LONG ISLAND, NY - An elderly woman from East Hampton was hospitalized in a serious but stable condition after she was assaulted...