LONG ISLAND, NY – Suffolk County Police have arrested a man who they say is responsible for robbing four banks in eleven days in Center Moriches, Mastic and Shirley this month.

According to police, between April 9 and April 19, four banks in Center Moriches, Mastic, and Shirley were robbed by a suspect who demanded cash after presenting a threatening note to tellers.

Utilizing video surveillance and tips from members of the community, Pattern Crime Unit detectives identified the suspect as William Mendolia, 55, undomiciled. After identifying Mendolia, the Pattern Crime Unit placed him under surveillance and he was arrested at a relative’s home located on Rutland Ave., Mastic, at approximately 1:30 p.m. on April 21 2015, without incident.

Mendolia was charged with four counts of Robbery 3rd Degree for robbing the following banks:

Mendolia is being held overnight at the Seventh Precinct and is scheduled to be arraigned at First District Court in Central Islip today, April 22, 2015.

Anyone with information about these incidents is asked to call anonymously to Crime Stoppers at 1-800-220-TIPS. All calls will remain confidential. 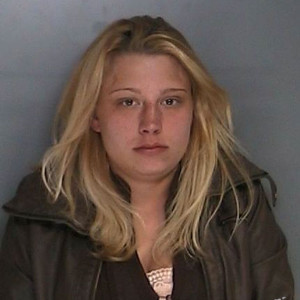 LONG ISLAND, NY - Suffolk County Police arrested a Centereach woman who was driving under the influence of drugs after she crashed...